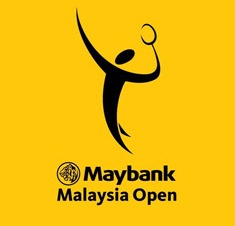 Lee Chong Wei and Saina Nehwal start as favourites in the singles events at the Maybank Malaysia Open which got underway at Putra Stadium today.

Nothing less than victory will suffice for home fans of Men’s Singles world No. 1 Lee, who has an astonishing record at the Malaysia Open, having won eight of the last nine editions. It’s a record probably unmatched in world badminton and the local favourite will hope to avoid any nasty surprises as he begins his campaign tomorrow against the dangerous Viktor Axelsen (Denmark).

Lee’s task is made easier by the fact that most of the top Chinese have skipped this event. If the Malaysian plays his best, it would be hard for anyone in the draw to trouble him.

Players like Hu Yun (Hong Kong, 5), Wong Wing Ki (Hong Kong), Kashyap Parupalli (India), and Wang Zhengming (China, 7) will harbour hopes of progressing into the quarter-finals and beyond. Wang was the only player to bother Lee at last week’s Korea Open, and he will hope to go one better in Kuala Lumpur. The player to watch would be Russia’s Vladimir Ivanov who caused a few heads to turn in Seoul by upsetting Macau Open winner Chen Yuekun and Denmark’s Jan O Jorgensen.

Among the others, young Malaysians Chong Wei Feng, French Open champion Daren Liew and qualifier Zulfadli Zulkiffli will be expected to perform well in front of clearly partisan fans.

In the Women’s Singles, Saina Nehwal (India, 1) will be optimistic about winning the  Malaysia Open for the first time. She appears to have relatively safe passage to the quarter-finals, where she could face Japan’s Eriko Hirose (8) or Nozomi Okuhara. Although the top Chinese are not participating, their young players – Yu Sun, Yao Xue and Xuan Deng – who came through the qualifying rounds might be a handful.

• Koo Kien Keat and Tan Boon Heong (Malaysia) have rediscovered their form in recent months and are top-seeded in the Men’s Doubles. They will attempt to regain the title they have won twice in 2007 and 2010.