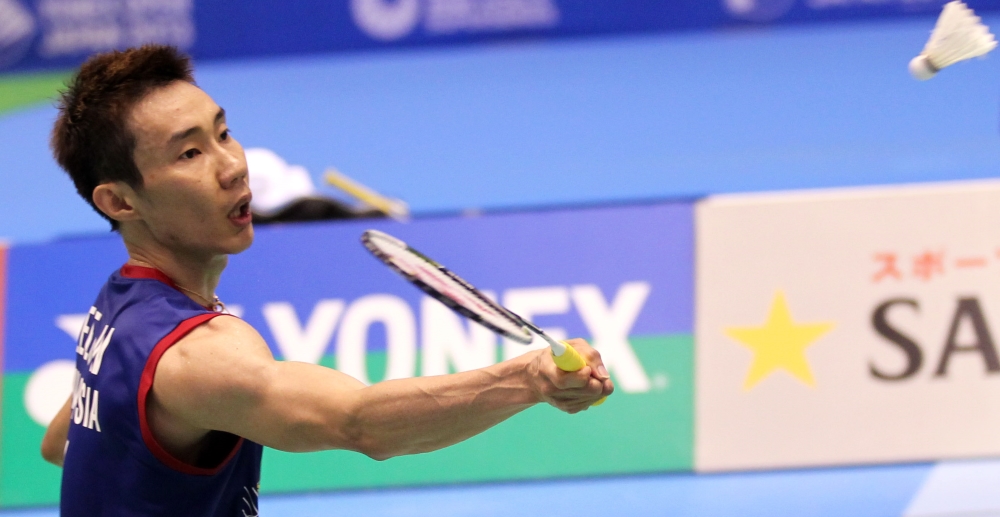 The last Superseries tournament of 2012 will see a star-studded field at the Hong Kong Coliseum – with Olympic champion Lin Dan being the only top name missing.

Lee Chong Wei (featured image) returns to the Superseries as a newly-married man; a tricky opponent, Boonsak Ponsana (Thailand), awaits him in the first round of Men’s Singles. Apart from Lee, the attention will be on Taufik Hidayat, Chen Jin (3), recent China Open winner Chen Long (2) and Indonesian warhorse Sony Dwi Kuncoro.

Unless Lee is rusty from a lack of match practice, the smart money would be on the Malaysian world No. 1 and Chen Long making the final – a repeat of their Olympic semi-final.

However, a clutch of youngsters will try to oust the favourites. Denmark’s Viktor Axelsen, and China’s Wang Zhengming, Chen Yuekun and Du Pengyu are capable of inflicting plenty of damage to stellar reputations, while Malaysia’s Daren Liew seeks to prove that his French Open victory was no fluke.

Local hopeful Wong Wing Ki should feel optimistic of progressing deep in the draw, having had some promising results this year. The 22-year-old has beaten the likes of Chen Jin, Sony Dwi Kuncoro and Du Pengyu but hasn’t been able to make an impact yet at a tournament. He will look to capitalise on home advantage.

Thailand and Japan have grown from strength to strength in Women’s Singles and both countries have a strong presence in Hong Kong. French Open champion Minatsu Mitani and veteran Eriko Hirose are joined by qualifier Kaori Imabeppu, while the Thais have as many as five players in the draw. China Open finalist Ratchanok Intanon will have Porntip Buranaprasertsuk, Nichaon Jindapon, Sapsiree Taerattanachai and Busanan Ongbumrungpan for company. Jindapon qualified by beating Simone Prutsch (Austria) 21-19 21-14 and Tatjana Bibik (Russia) 21-18 21-17. The other Women’s Singles qualifiers were former world champion Wang Lin (China), Indonesia’s Belaetrix Manuputi, and Japan’s Kaori Imabeppu.

China are overwhelming favourites to clinch the Women’s Singles title. Apart from Olympic medallists Wang Yihan (1) and Li Xuerui (2), the Chinese have Wang Shixian (4), Jiang Yanjiao (7), Wang Lin and Chen Xiao Jia. The two players who can upset the Chinese are Saina Nehwal (India, 3) and Juliane Schenk (Germany, 5). Nehwal is coming off a successful campaign in Europe where she won the Denmark Open and reached the French Open final. Schenk is also in prime form, with a good record against Chinese players in recent outings and having upset No. 1 Wang Yihan last week in Shanghai. Others to watch would be PV Sindhu (India), who takes on qualifier Belaetrix Manuputi, and Tai Tzu Ying (Taipei), who plays Schenk in her opener.

China Open Men’s Doubles champions, Mathias Boe and Carsten Mogensen (Denmark), will be missing from the draw in Hong Kong, and top seeding has gone to Malaysian pair Koo Kien Keat/Boon Heong, with Olympic champions Cai Yun/Fu Haifeng as the No. 2 pair. The Mixed Doubles and Women’s Doubles will feature Olympic champions as well – with Qing Tian/Zhao Yunlei and Zhang Nan/Zhao Yunlei the prominent names in both draws.

The main point of interest in Mixed Doubles will be whether the Olympic champions, Zhang Nan/Zhao Yunlei, can prevent compatriots and top seeds, Xu Chen/Ma Jin, from achieving a superlative fifth Superseries title in a row.