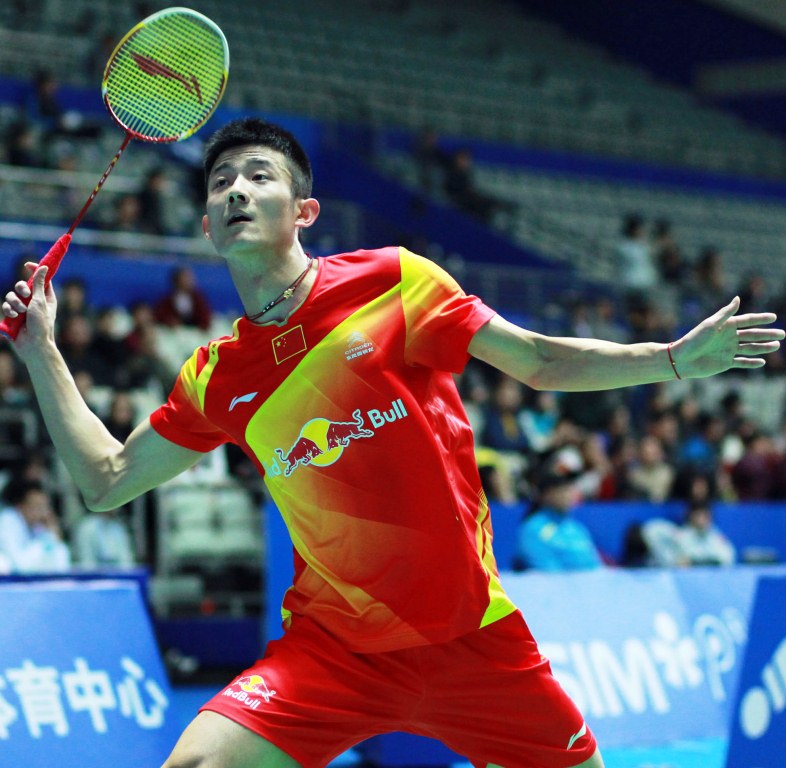 There were no major upsets in today’s opening round of the Li-Ning China Open 2012; the last of the Premier Superseries events for this year.

The only results to cause some surprise in Men’s Singles were that of Sho Sasaki (Japan, 6) and Jan O Jorgensen (Denmark, 8). Both Sasaki and Jorgensen exited in unceremonious fashion; straight-set losers to Malaysia’s Chong Wei Feng 21-13 21-16 and China’s Gao Huan 21-15 21-11 respectively.

In Women’s Singles, nine of the ten Chinese players in action advanced to the second round. Olympic champion Li Xuerui (2) and silver medallist Wang Yihan (1) were at the head of a dominant show from the home nation. Others to progress were: Liu Xin, Chen Xiao Jia, Wang Shixian, Han Li, Jiang Yanjiao and qualifiers Wang Lin and Xuan Deng. The only one to miss out was Suo Di who ran into Li Xuerui in the opener.

The two World Junior champions from Japan failed to progress beyond the first round. In Men’s Singles, qualifier Kento Momota gave Hu Yun of Hong Kong plenty of trouble, but the experienced world No. 14 eventually prevailed 21-17 18-21 21-18. In the Women’s draw, Nozomi Okuhara pushed world No. 10 Ratchanok Intanon of Thailand to the wall, but the Thai teenager scraped through 21-16 13-21 21-15. Another prominent casualty among the young guns was India’s PV Sindhu, who lost a close match to Japan’s Eriko Hirose 22-20 14-21 21-19.

There were a few notable withdrawals in the doubles. Men’s Doubles eighth seeds Bodin Issara/Maneepong Jongjit (Thailand), Women’s Doubles top seeds Qing Tian/Zhao Yunlei, third seeds Bao Yixin/Zhong Qianxin (both China), and Mixed Doubles second seeds Zhang Nan/Zhao Yunlei (China) all handed walkovers to their opponents. However, Ma Jin, who will hope to continue her remarkable streak of Superseries wins after four title wins in Denmark and France, progressed into the second round of both the Women’s Doubles and Mixed Doubles. In the Mixed, Xu Chen/Ma Jin were mostly untroubled by India’s Akshay Dewalkar/Pradnya Gadre 21-5 21-17. In Women’s Doubles, Ma Jin and Tang Jinhua eased into the second round with a win against Suci Rizky Andini/Della Destiara Haris (Indonesia) 21-8 21-17, and are due to play second seeds Wang Xiaoli/Yu Yang of China next. Yu Yang had announced her retirement after the Olympics, but it’s unclear if she will take to the court, as she and her partner received a bye in their first round.

Lee will be looking at a very familiar face across the net as, just a few days ago, he and Kim Ki Jung teamed up to take gold in Men’s Doubles for Korea at the 12th World University Badminton Championship (WUBC) in Gwangju, Korea. The pair also helped their country capture the team title.