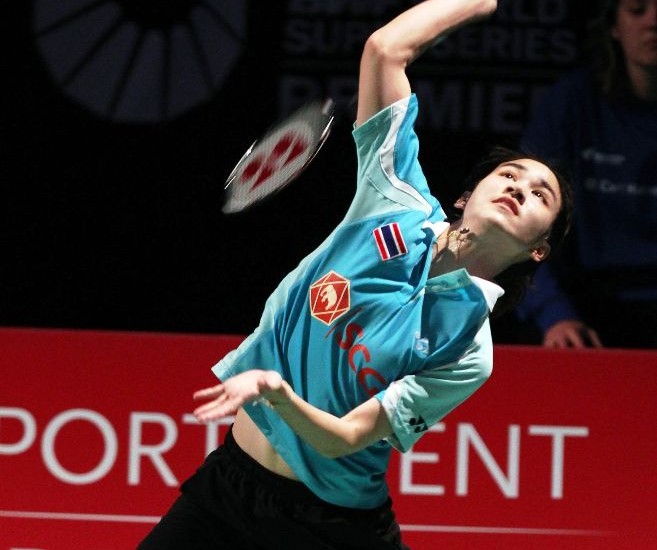 After her second-round win at the Yonex Denmark Open over Japan’s Minatsu Mitani, Saina Nehwal admitted the match “wasn’t easy”. “She runs well and retrieves a lot,” said the Indian star of her young opponent.

Nehwal’s comments proved prophetic. By the end of the next week, Mitani showed why her senior rival’s caution was justified, exacting revenge on the Denmark Open champion in the final of the French Open.

Mitani, 21 (left, facing), had a brilliant campaign – upsetting seasoned pros like Jiang Yanjiao (China, No. 9), Tine Baun (Denmark, No. 7) and senior compatriot Eriko Hirose (No. 16), before turning all predictions upside down with a straight-games defeat of top seed Nehwal to take the title. If her record in recent times is anything to go by, this Japanese dynamo may be another emerging talent who will light up Women’s Singles badminton and challenge Chinese domination in years to come.

When Denmark’s top player Tine Baun announced her retirement during the recent Denmark Open, the subject of Women’s Singles badminton in Europe immediately became a talking point. Except for Germany’s Juliane Schenk (world No. 6), there is only one other European player in the world top 20 – Bulgaria’s Petya Nedelcheva, ranked No. 19.

“The situation does cause concern, but it isn’t time to panic yet,” said long-time badminton observer and commentator, Gill Clark. Thailand’s rise as a possible power in the women’s game has certainly caught the attention of the badminton world. Apart from two top-15 players (No. 10 Ratchanok Intanon and No. 13 Porntip Buranaprasertsuk), there are at least three other promising young players: No. 31 Busanan Ongbumrunpan, No. 44 Nichaon Jindapon (BWF home page) and No. 27 Sapsiree Taerattanachai (left).

While Intanon and Buranaprasertsuk have already established themselves among the sport’s elite, their compatriots have been improving quickly. Jindapon, 21, impressed everybody at the Denmark Open, nearly upsetting world No. 5 Wang Shixian of China in the second round, losing 22-20 in the third game after having two match points. Similarly, both Ongbumrungpan (aged 16) and Taerattanachai (aged 20) have recorded impressive results. (Ongbumrungpan won the Malaysia Open GP Gold in May). “Intanon’s success has inspired girls in Thailand,” noted Siripool. “She has set a high standard and all of them want to catch up with her. Apart from these five, there are a few others who are coming up.”

Japan too has reason to be optimistic. Their top-ranked player Sayaka Sato (right) is just 21, and a new crop is slowly making its presence felt, including Mitani and Nozomi Okuhara. Before her French Open Given the rise of other young women such as India’s PV Sindhu (left), who derailed Olympic champion Li Xuerui at the China Masters in September, and Chinese Taipei’s Tai Tzu Ying (bottom, right)– winner of the Yonex Japan Open 2012 – clearly a wealth of bubbling talent is emerging to make Women’s Singles and intriguing prospect for the future. That leaves Europe, specifically traditional powerhouse Denmark, with some ground to make up. It was no surprise therefore that Finn Traerup-Hansen, Director of Sport in Badminton Denmark, announced the launch of a new project to groom six young Danish women who might eventually fill the vacuum left by Baun’s impending retirement next March.

If that program bears fruit, the Danes too could be in the mix and that augurs well for the sport internationally. Traerup-Hansen also cited the increasing prominence of good female badminton players from Eastern Europe with the likes of junior competitor, Stefani Stoeva (Bulgaria), on the horizon.