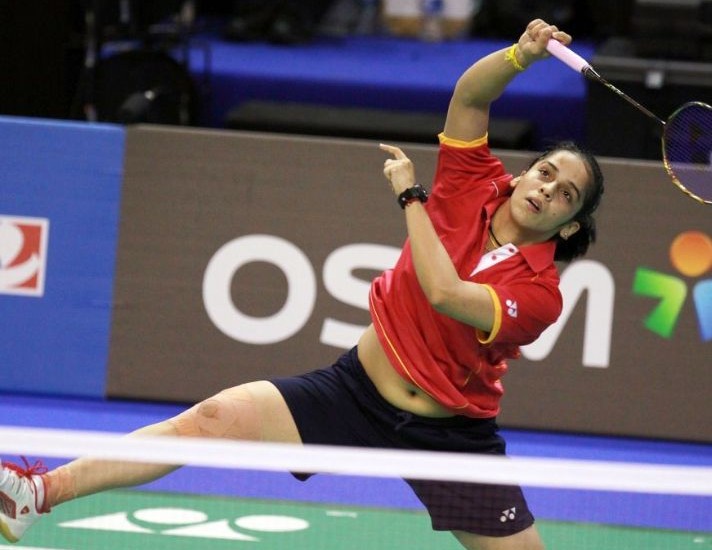 Saina Nehwal’s dream run showed no sign of abating as the world No. 3 entered her third straight Superseries final at the Yonex French Open today.

The Indian beat Germany’s Juliane Schenk 21-19 21-8 in the Women’s Singles semi-finals. Having won the Swiss, Thailand, Indonesia and Denmark Opens this year, Nehwal is now in line for her fifth title of 2012. She will go into tomorrow’s final as favourite over Japan’s Minatsu Mitani, against whom she has a 3-0 record. Mitani overcame her senior compatriot Eriko Hirose 21-19 21-10. Through the early part of the semi-final, Schenk battled hard against Nehwal in her typical bustling style. Nehwal’s accuracy seemed to be off as she found herself down 9-13. She fought back to level at 16-all, whereupon Schenk, having won a demand for a slower shuttle from tournament referee Torsten Berg, immediately went ahead 19-16 and seemed to have sealed the first game.

It was at this point that Nehwal shifted gears. The Indian seemed to go into a ‘zone’; playing flawlessly, getting the shuttle to die off the net cord a couple of times and winning five straight points to take the first game.

Schenk appeared deflated as her best efforts had failed to prevent Nehwal from going ahead, and the Indian reeled off point after point to make it 8-0 – she had won 14 points in a row. Nehwal was able to find the winning shot no matter how long or hard Schenk rallied, and eventually the German’s shoulders began to sink.

Meanwhile, in Men’s Singles, Malaysia might be tempted to celebrate the arrival of a new talent. Daren Liew (left), who has had only moderate international success in his young career so far, entered his first international final when he beat sixth seed Jan O Jorgensen of Denmark 18-21 21-17 21-10. After surrendering the first game, Liew staged an impressive recovery in the second and third. The Malaysian smashed everything that was marginally short and Jorgensen found it hard to return the barrage. The third game was Liew’s all the way — Jorgensen’s clears were just not deep enough to prevent Liew from getting under the shuttle, and his smashes found no answer from the Dane.

Liew’s opponent in the final, Viktor Axelsen of Denmark, was a comfortable winner over Kenichi Tago (Japan, 5) 21-8 21-17.

In the first final of the day, the Women’s Doubles top seeds Christinna Pedersen/Kamilla Rytter Juhl of Denmark (right) take on Chinese pair Ma Jin/Tang Jinhua. That will be followed by the Men’s Singles, the Women’s Singles, and then the Mixed Doubles final, which will be an all-China affair, with Qiu Zihan/Bao Yixin facing top seeds Xu Chen/Ma Jin. The last match will be the Men’s Doubles, featuring Lee Yong Dae/Ko Sung Hyun of South Korea against Thailand’s Bodin Issara/Maneepong Jongjit.