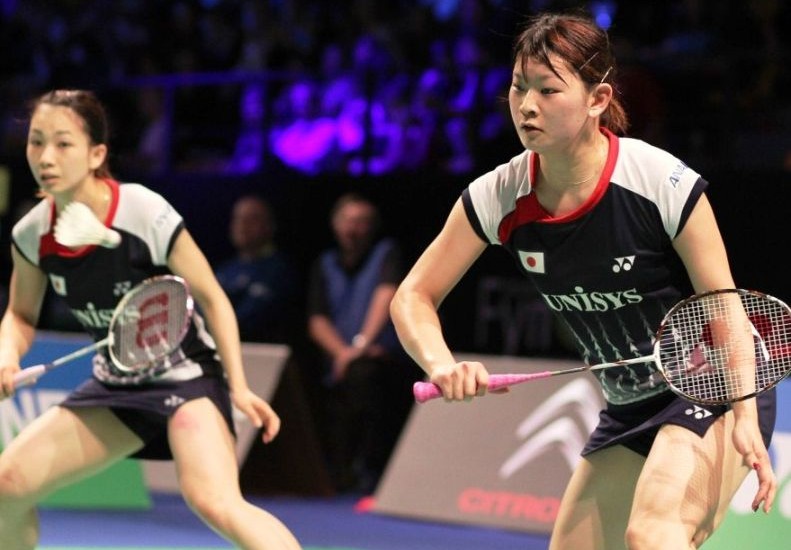 On an extraordinary day of badminton, China’s big guns lost all but one semi-final against non-Chinese opponents at the Yonex Denmark Open today. The list of casualties included Olympic champions Zhang Nan/Zhao Yunlei (Mixed Doubles) and Tian Qing/Zhao Yunlei (Women’s Doubles). They were joined on the sidelines by world No. 1 Wang Yihan and No. 8 Jiang Yanjiao in Women’s Singles. Apart from this, Chen Long, defending champion and favourite for the Amid the mayhem, world No. 1 Lee Chong Wei outplayed Jan O Jorgensen in the Men’s Singles semi-final (20-22 15-21), ensuring there will be no Danish involvement on the final day.

However, the most dramatic match on semi-finals day was the Men’s Doubles clash between local hopefuls and Olympic silver medallists Mathias Boe/Carsten Mogensen and Malaysia’s Koo Kien Keat/ Tan Boon Heong. The Malaysians haven’t enjoyed good form in recent times, but today they were sharp and did not allow the Danes to run away with the match. The third game was neck-and-neck all the way, until the Danes seemed to have clinched the tie with two match points.

The Malaysians refused to buckle, levelling at 20-all and earning four match points of their own, but Boe and Mogensen saved each one of them, until finally, Koo (right) and Tan closed it out on their fifth match point, for a 19-21 21-11 26-24 victory.

Shortly after, Germany’s Juliane Schenk scripted her own fairytale comeback in Women’s Singles following a disappointing Olympics campaign. The 30-year-old German revealed that, after her failure to reach the quarter-finals of the Olympics, she contemplated retirement. Her decision to continue her career has paid rich dividends thus far, as she accomplished back-to-back victories over two top Chinese players on successive days.

Schenk was in sublime form against Jiang Yanjiao. She was fast and caught her Chinese opponent out with sudden variations, but what aided Schenk most was that she kept catching the shuttle high at the net. Yanjiao faltered every time Schenk employed the net dribble, and the German acknowledged it was key to her victory.

“When you reach the shuttle high, you have a lot of options,” said the 13-21, 21-14, 21-15 winner. “It’s about making that extra step forward. I always had that shot, but today I played it well. You cannot win the point at the net in the beginning of the rally – if you play it well time and again, the opponent will reach for it lower and lower down.” The German (left) will play Saina Nehwal, against whom she has a 3-5 record. Nehwal started out nervously against world No. 1 Wang Yihan, whom she has never beaten in six meetings. As the match progressed, however, the Indian started to find rhythm and her Chinese rival’s level dropped drastically. After a short session in the second game, Wang seemed to hurt her right knee, and retired from the match, with Nehwal leading 21-12 12-7.

“Wang is a quick and attacking player, so I had to open up the game before going for the attacking shots,” said Nehwal.

“Juliane beat me the last time (at the Japan Open)…I expect a tough match in the final.”

Perhaps the day’s most surprising victors were the Japanese pair of Misaki Matsutomo/ Ayaka Takahashi, who stunned Olympic Women’s Doubles champions Tian Qing/Zhao Yunlei. The third game saw the Japanese take an unusual 11-1 lead, and they were all smiles when they came off court.

“We knew our opponents were stronger, so we decided to try different shots,” said Takahashi. “We were surprised to be leading 11-1 in the third game, but we were cautious. Basically, the strategy was to avoid playing to Zhao Yunlei when she was near the net, because she’s so good.”