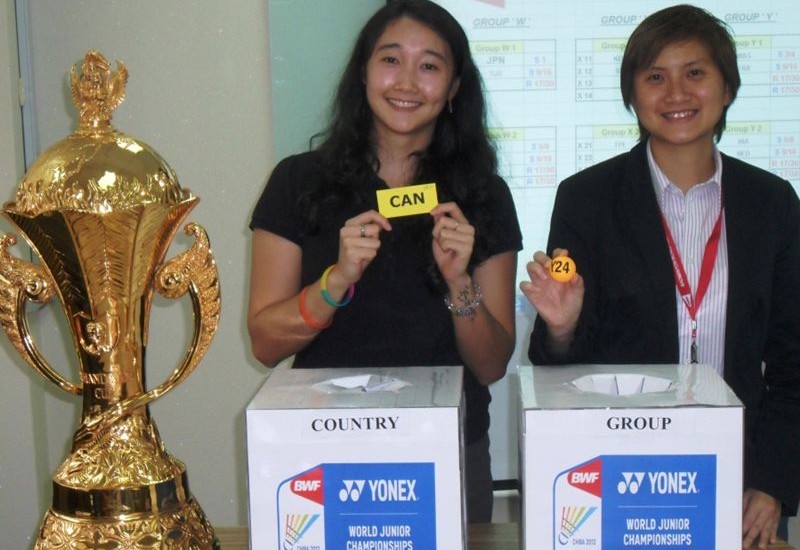 Defending champions, Malaysia, take on France, Ukraine and Vietnam in the first stage of the Yonex BWF World Junior Championships 2012 later this month.

Following the draw for the coveted Suhandinata Cup (Mixed Team Championships) earlier today, these four teams were grouped together in Y1 while Canada, Indonesia, Ireland and the Netherlands were placed in Y2. The winners from either Y sub-group will vie for a place in the tournament semi-finals and the same will obtain in the three other groups, W, X and Z.

In W1, hosts and top seeds Japan face off against the Philippines and Turkey while in W2 Bulgaria, Finland, India and Thailand contest the top spot.

Belgium, Singapore, South Korea and Uzbekistan are grouped in X1 and Australia, the Czech Republic, Russia and Chinese Taipei are in X2.

Second seeds, China will battle England and Sri Lanka for first place in Z1 while Germany, Hong Kong, South Africa and the USA are in Z2.