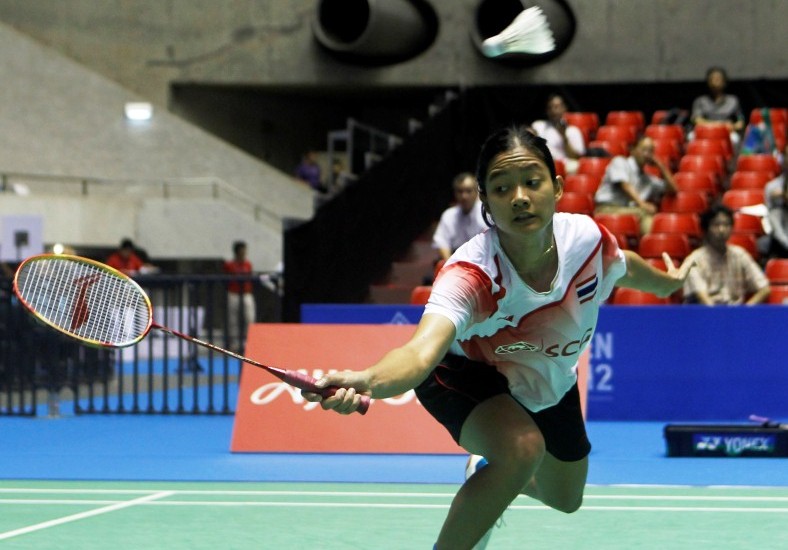 Tai upstaged fellow teen Ratchanok Intanon of Thailand, in a surprisingly one-sided match 21-16 21-16 to book her place in the last four against No. 2 seed Tai’s was a fine performance. In her short career, the Taipei player has upset many big names – including the likes of Wang Xin, Saina Nehwal, Tine Baun and Wang Yihan – and is one to watch out for. Today, she dismantled Ratchanok’s challenge with an exhibition of craft and precision. Her steep shots from back court constantly caught Ratchanok short, while she was also able to wrong-foot her rival with her deceptive strokes.

Buranaprasertsuk has not had a memorable season and her win over Baun is probably her best result all year. The third game was a tight contest, with Porntip establishing leads, only for Baun to catch up. At 17-all, however, Porntip made the final surge, taking two points in a row, and although Baun pulled one back, the Thai closed it out, 21-18. Chong Wei Feng 21-15 21-15, but his old friend and rival Taufik Hidayat failed to join him in the semi-finals. His craftiness could not get him past the top-ranked Indonesian, Simon Santoso, who levelled his overall record against the former Olympic champion to 5-5. Santoso will take on Chong Wei in the semi-finals.

The other half of the draw will see Thai veteran Boonsak Ponsana (at left) face Hong Kong’s Hu Yun. Ponsana was up against Japanese youngster Kazumasa Sakai, who has been in good form through this tournament. Sakai had come through two qualifying rounds, and upset No. 6 seed Jan O Jorgensen and Hong Kong’s Wong Wing Ki, but Ponsana’s experience and skill were too much for Sakai to handle. The Thai won 21-9 21-6 in under half-hour and now takes on Hu Yun, who will be hoping to reach his second Superseries final in a row.

Meanwhile, in the Mixed Doubles, Lilyana Natsir – combining with Muhammad Rijal instead of regular partner Tontowi Ahmed – entered the semi-finals with a straight-games win over Tan Wee Kiong/Ng Hui Lin of Malaysia. The Indonesians face No. 2 seeds and local hopefuls Shintaro Ikeda/Reiko Shiota in the semis. Local spectators have plenty to look forward to, with six of the ten matches tomorrow featuring Japanese players.