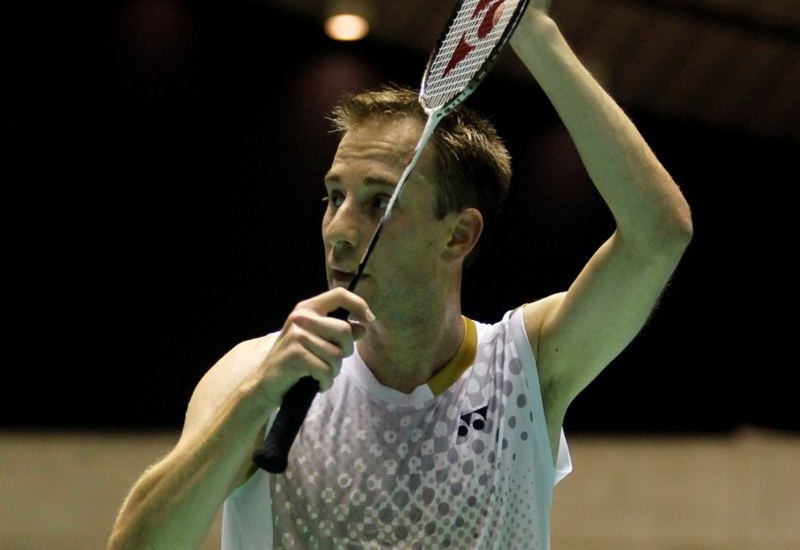 Popular Dane Peter Gade bid an early goodbye to one of his favourite tournaments when he was ousted in the first round of the Yonex Japan Open 2012 today. There were no other major upsets in the first round. Top seed Lee Chong Wei, Sho Sasaki (Japan, 4) and Taufik Hidayat (Indonesia, 7) progressed with a measure of ease, all against Indian opponents. While Chong Wei powered past Anand Pawar 21-13 21-9, Sasaki took his time to decode the wily Guru Sai Dutt, eventually overcoming him 21-18 21-15. Hidayat (pictured right) was up against Parupalli Kashyap and the Indian would have fancied his chances as he has troubled the Indonesian the last four times. Kashyap had upset world No. 3 Chen Long in June, and had his opportunities against Hidayat.

He had a great start, establishing an 11-4 lead, and it looked like Hidayat was struggling. However, after a slow start, the Indonesian controlled the game beautifully. He created all the openings and forced Kashyap to scamper around the court, while his own defense was nearly flawless. Hidayat caught up at 13 and, from then on, steadily established his lead to take the game.

Hidayat continued in the same vein to make it 5-0 and 11-4. Strangely, the momentum shifted as he got erratic, and Kashyap played steadily to narrow the gap. He came close at 10-13, but two weak returns from Kashyap were all that Hidayat needed to close out the match.

Meanwhile, most of the favoured players in Women’s Singles made it to the second round. Tine Baun (Denmark, 1), Sung Ji Hyun (Korea, 2), and Bae Yeon Ju (Korea, 4) had smooth passages, but Ratchanok Intanon (Thailand 3) was given a hard fight by promising local girl, Sayaka Takahashi, in a 21-12 19-21 21-19 victory.