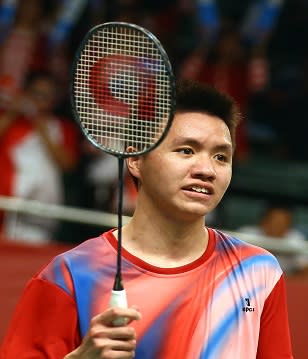 Any previous Olympics Games competed in and results?
"Never competed in the Olympic Games yet."

When and where you began playing, and why this sport?
"I started playing when i was 4 years old in Johor Bahru,Malaysia because my father was a player and a badminton coach in Malaysia. He had experience in coaching the US Olympic team players in USA too from 1990-1992."

Sporting awards / Honours (so far)?
"Promising Player Award 2012 by BWF in KL, Malaysia. Malaysia Books of Records award 2012 for being the first ever Malaysian to win the Asian and World Juniors singles Champion. SAM ( media in malaysia ) awards 2012."