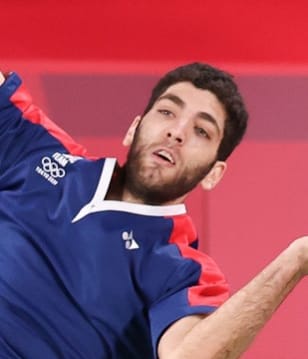 When and where you began playing, and why this sport?
"He took up badminton at age seven in Syria, following his sister by making the switch from gymnastics. "I followed her everywhere. And when I started to play, I felt like it was a very good sport and very fun for me. I started playing with her, and together we became the best in Syria.""

Memorable sporting achievements?
"Being selected to the Refugee Olympic Team for the 2020 Olympic Games in Tokyo. "When they announced my name that I was in the team, it was one of the best moments in my life.""

Sporting ambitions?
"To compete at the 2020 Olympic Games in Tokyo. Outside of sport, he hopes to eventually be reunited with his family who are in Syria."