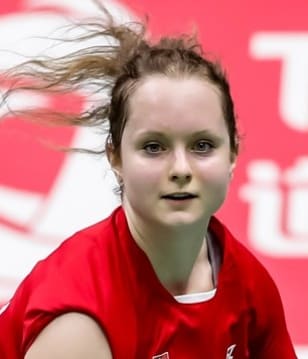 Professional Since: At age 12, I started playing international junior tournaments.

When and where you began playing, and why this sport?
"When I was 9 years old, my father took me to a very small hall in our hometown where I started playing badminton."

Sporting awards / Honours (so far)?
"Multiple award for “The most successful athlete of the year” in my hometown (Zvolen)"

Sporting ambitions?
"To qualify for the Olympic Games in Tokyo 2020, to be top 20 and to compete at the highest tournaments."