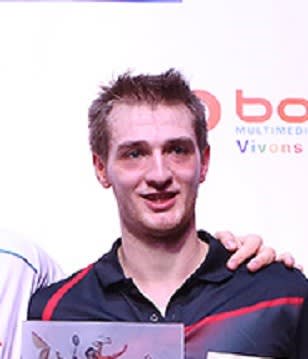 Professional Since: After two years of playing, aged 10, I won my county championships

When and where you began playing, and why this sport?
"Aged 8, I also played tennis around this age but I found badminton more interesting and could play it all year round, so I got involved in local clubs that my older brothers played in"