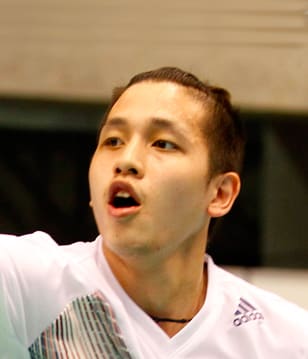 Professional Since: In 2004, I started representing the Hong Kong junior team to compete in international junior events.

When and where you began playing, and why this sport?
"I have been playing badminton since I was 5. I played badminton with my father outside his own restaurant and I chose badminton becaue of my father though I was very weak when I was a child."