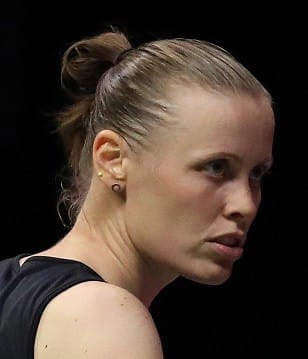 Professional Since: Played my first international senior tournemant in 2000

When and where you began playing, and why this sport?
"I stated to play when I was very little, around 4 years. My mother was coach for the youngest players in the club and I join her. My dad and brother did also play badminton."

Sporting awards / Honours (so far)?
"Player of the year in Denmark 3 times"