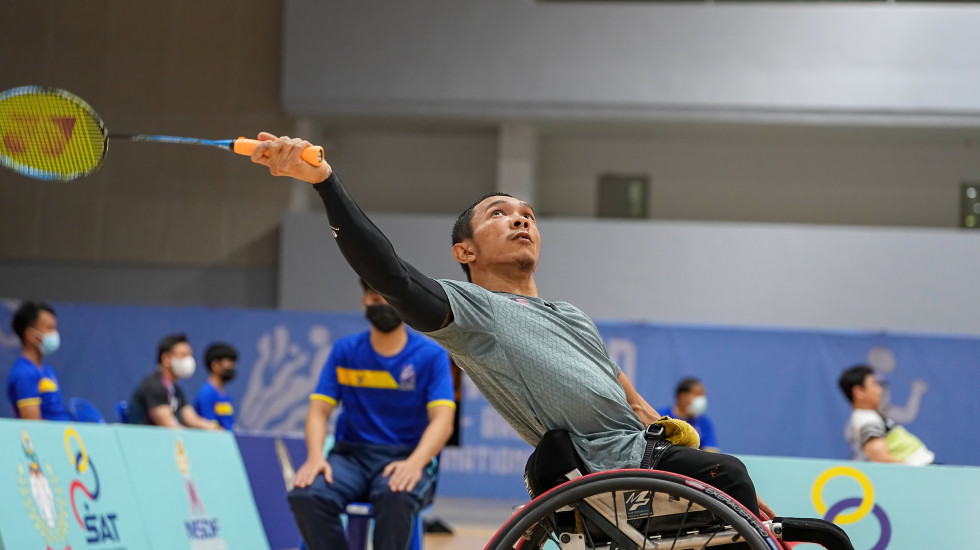 Ramli was momentarily speechless after his 21-18 21-17 triumph over Choi Jung Man in the WH1 men’s singles semifinals.

Composing himself, he said: “We’ve played many times and we know each other’s style but I’ve only won once so I was nervous going into the match. As I began to gain points, the nervousness didn’t go away but my confidence grew.”

Ramli, who will contest another Korean Jeong Jae Gun for gold, added: “I’ve never played him. As soon as the match starts, I’ll quickly read his movements so I can get the upper hand.” 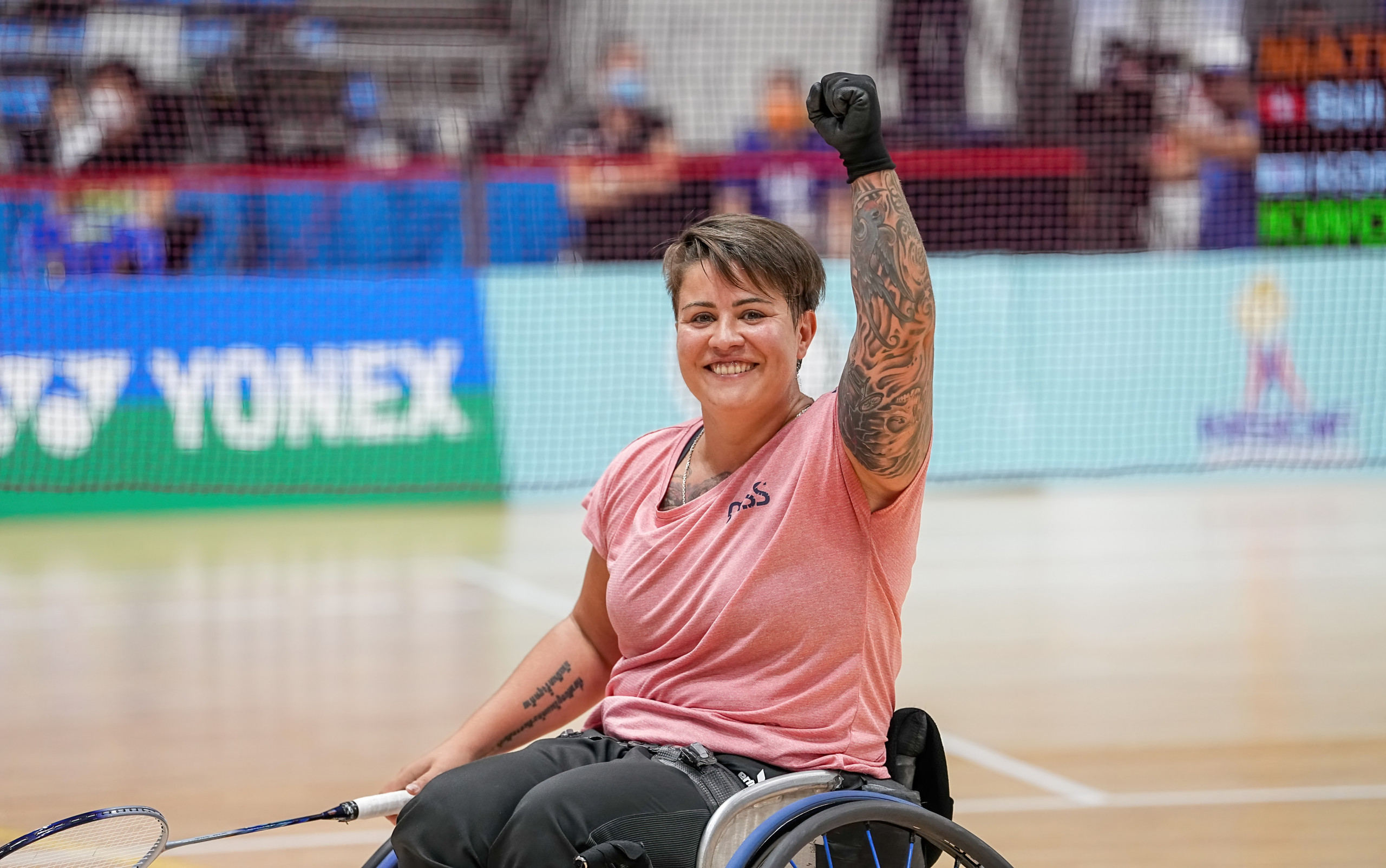 “I’m surprised and emotional but proud of myself. In Dubai, I lost quickly to her but here, I knew I wouldn’t be able to go on for three games because I had an upset tummy, so I did it in two,” she said.

In Thailand without their coach, the Swiss are a close-knit team, but Mathez also relies on the fraternity for support.

“I cannot do this without Kiki (Man Kei To of Belgium), Valeska Knoblauch (Germany), Nina Gorodetzky (Israel) and Henriett Koosz (Austria). We spend three weeks every year in Germany training and hanging out. At tournaments we are there for each other,” said Mathez, who now heads to Lucknow to prepare for the World Para Badminton Championships in November. 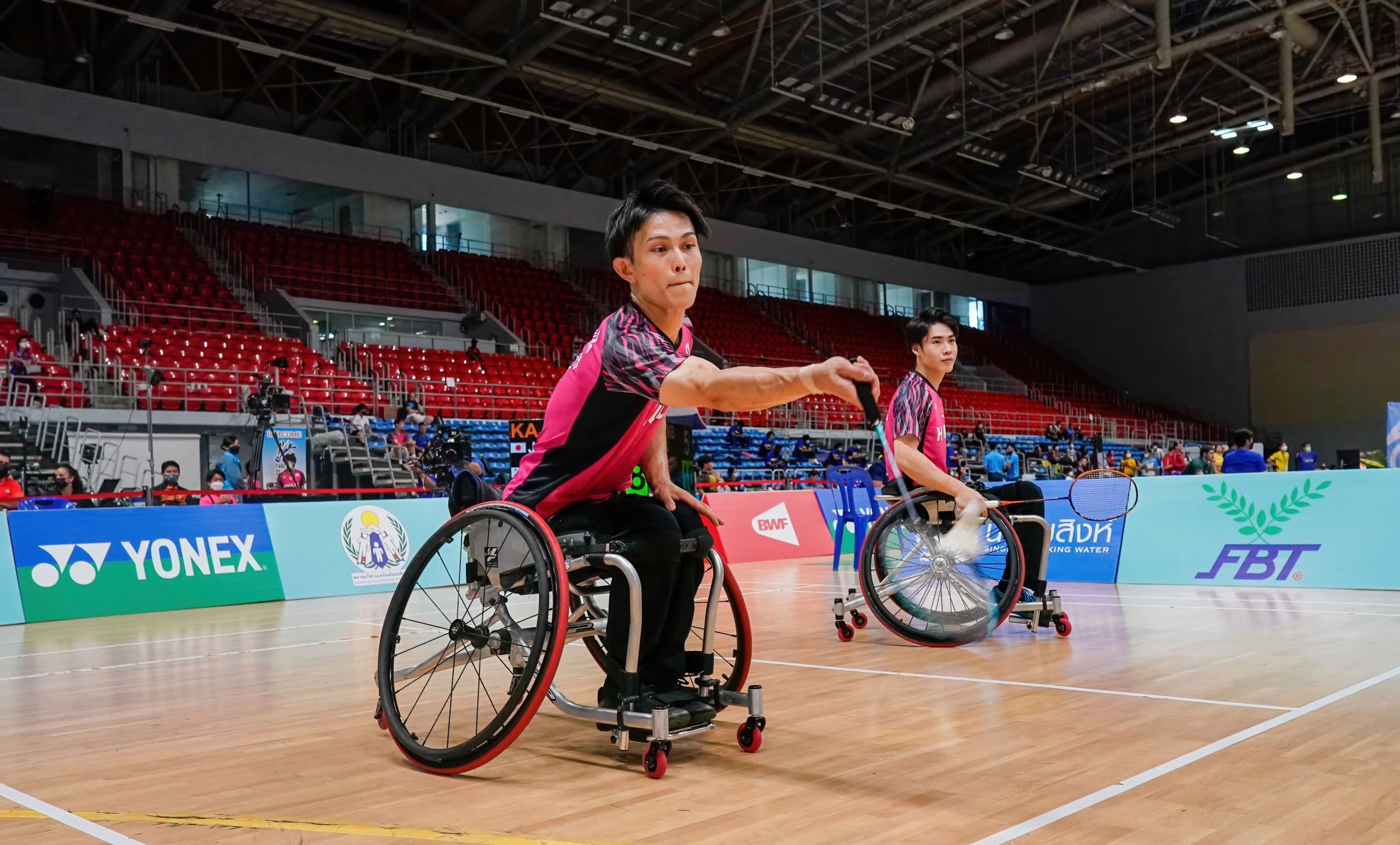 Nishimura (left) strives to be on par with Kajiwara.

Yu will have a second shot at gold when he and Jeong take on teammates Choi and Kim, who defeated Kajiwara and Keita Nishimura 21-10 21-19 in WH1-2 men’s doubles.

“We’re still getting used to this partnership. I tend to put pressure on myself because he’s a good player and I need to hit that level,” said Nishimura, who has been Kajiwara’s partner for about 10 months. 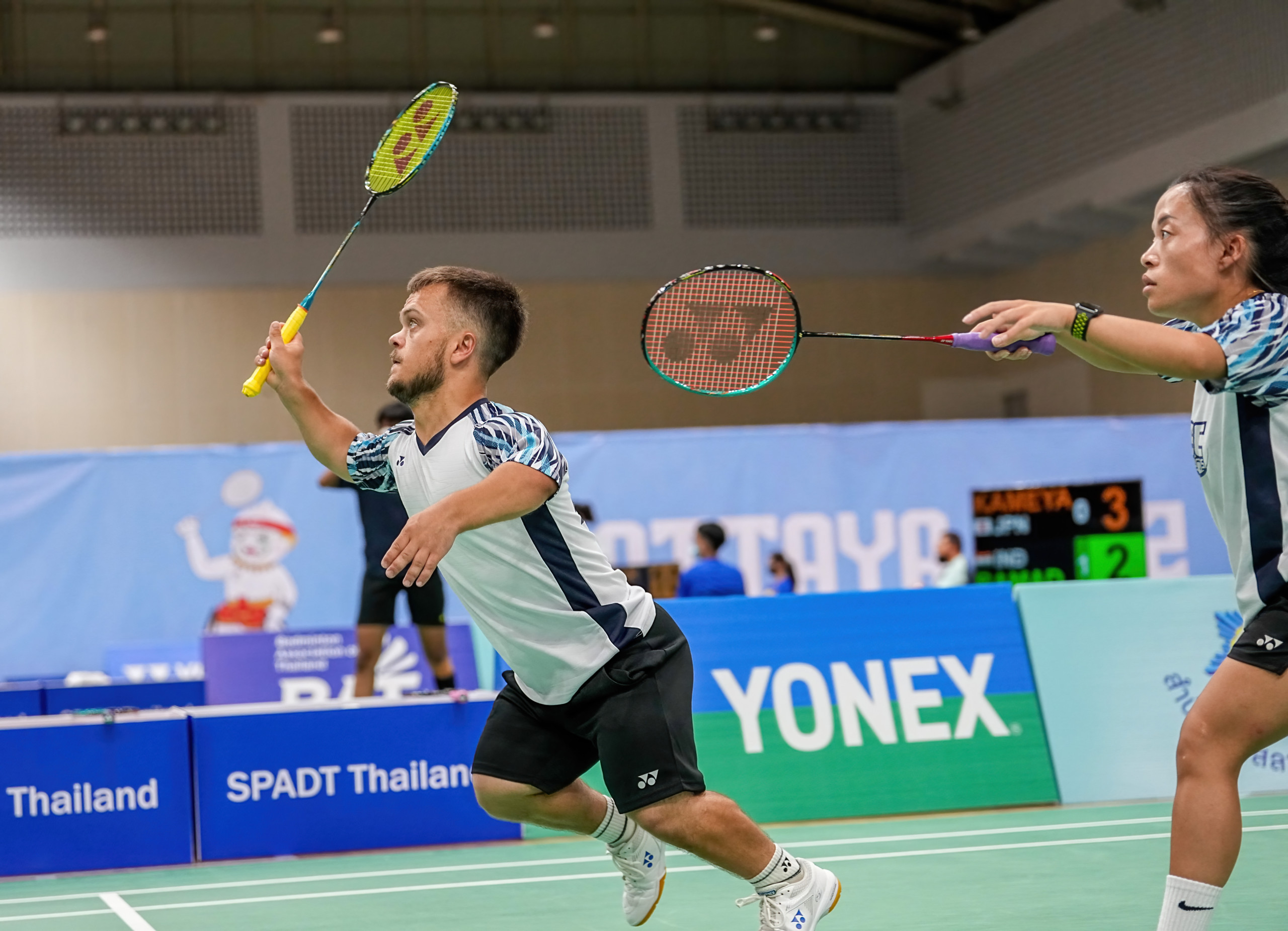 Eye on the Prize

“On paper we look like the underdogs but we beat them in Bahrain and will carry that confidence into the match,” said Choong, who has been working on various combinations to find the right fit.

Shephard added: “I missed the singles in Tokyo but now that the mixed will be included in Paris, I’ve got my eye on both.” 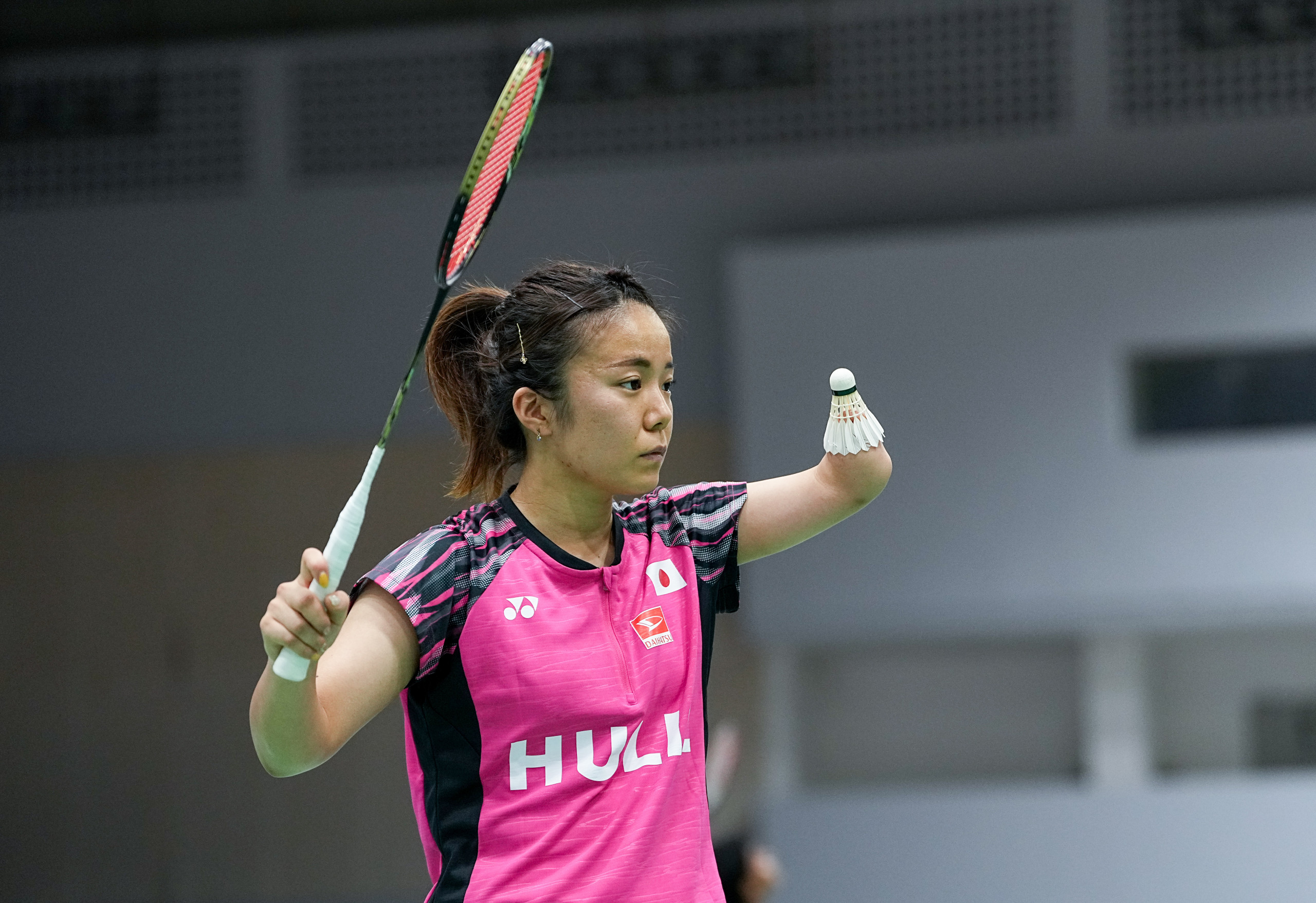 “This is our third tournament and we’re growing. We beat France in the group stage but today we made many unforced errors that allowed them to gain a big lead and couldn’t recover from that,” said Bhagat after their 21-13 21-9 loss to France’s Lucas Mazur and Faustine Noel.

Bhagat still has a chance at two gold when he takes on Daniel Bethell (England) in SL3 men’s singles and SL3-SL4 men’s doubles with Sukant Kadam against Indonesia’s Fredy Setiawan and Dwiyoko. 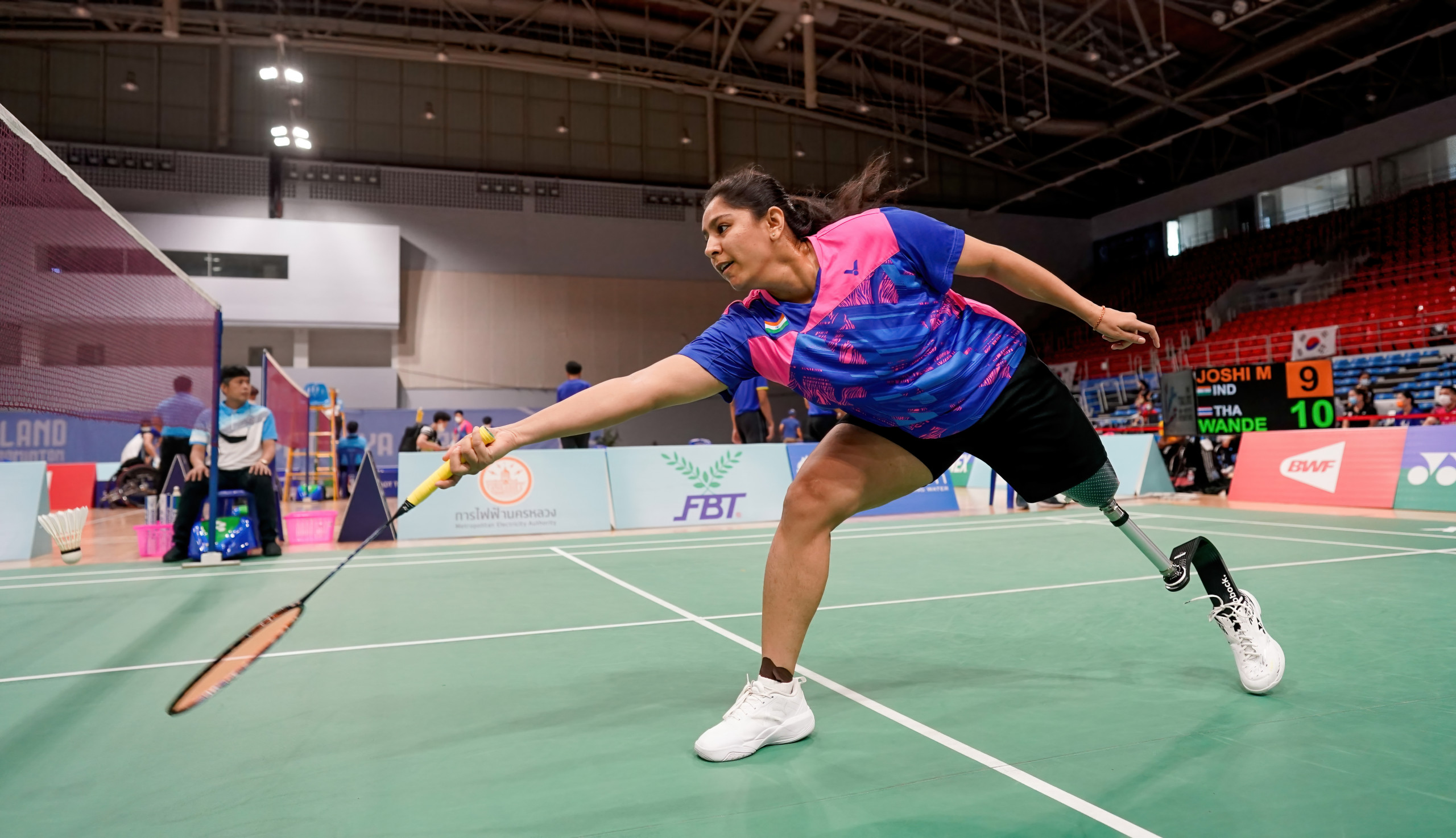 “It’s exciting to reach three finals. As for winning all three, only time will tell,” said Joshi.