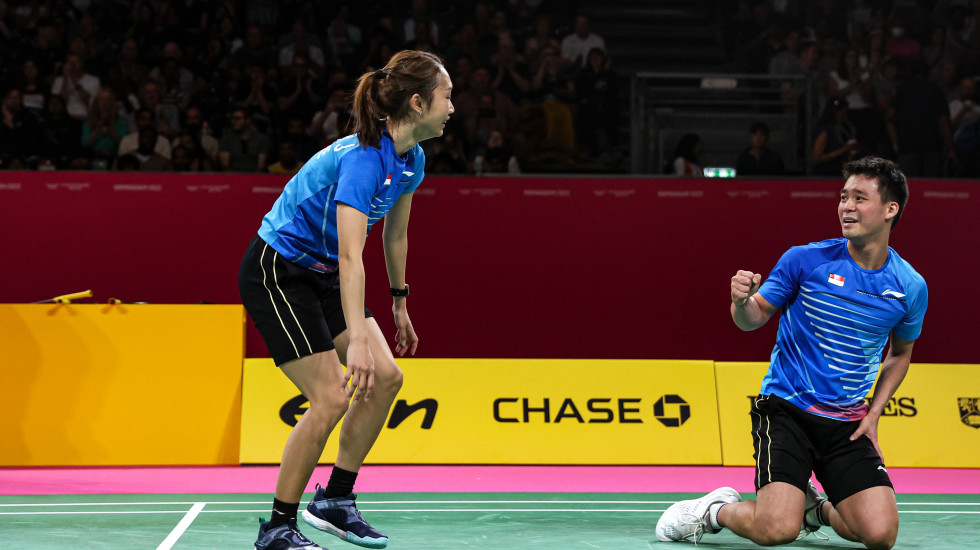 Not since Li Li at the Manchester Games in 2002 has a Singapore player stood atop the Commonwealth podium, but the mixed doubles final never looked in doubt once Hee and Tan opened up a big lead early in the first game.

“We are extremely proud today and we are happy that we made history for Singapore,” Hee said shortly after closing out the match 21-16 21-15 as they became the first pair from their country to win gold.

“It looked comfortable from the score but I can tell you that it was really, really hard for us because towards the end the nerves were creeping in and I was finding it hard to focus.

“Thankfully I have my wife here fighting alongside me and she kept reminding me to stay calm, saying ‘It’s not over yet, let’s not think about winning’. We are really happy to come out on the winning side.” 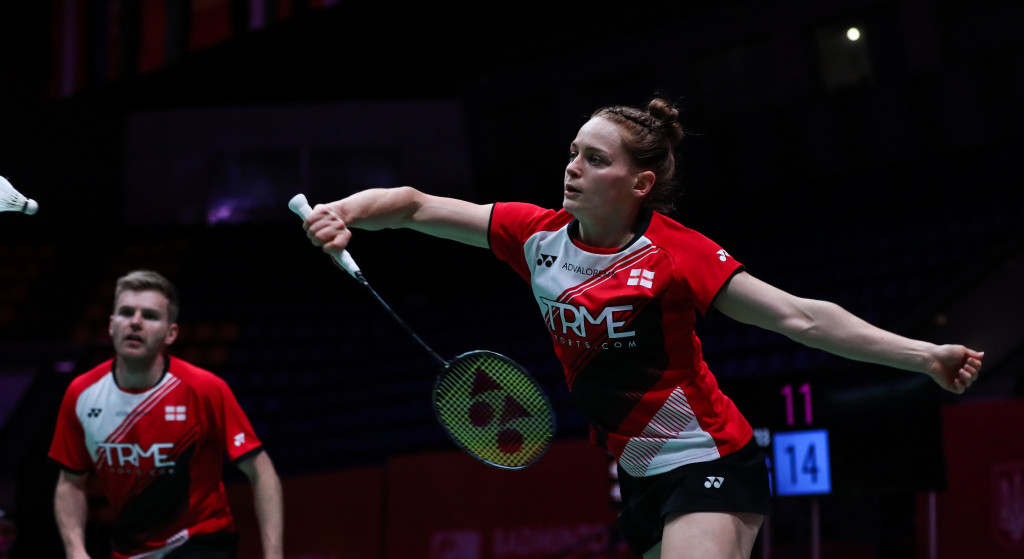 Lauren Smith lost both her finals.

The husband-and-wife pair faced a raucous early morning home crowd in Birmingham but held the psychological upper hand having triumphed in straight games over Ellis/Smith during the mixed team event.

But when the English duo fought back to lead the second game 11-10 at the break, Tan feared a repeat of Hee’s momentary lapses in concentration which almost proved costly during Sunday’s surprise semifinal defeat of No.1 seeds Tan Kian Meng/Lai Pei Jing of Malaysia.

“I can tell because he starts to rush his shots and he’s not so patient with the set-up of his attack,” Tan said. “It happened in some instances today as well, but he managed to handle himself better than yesterday so I need to give him credit for that.

“It’s Singapore’s national day tomorrow (Tuesday) so I’m really happy that we managed to get a gold medal – it is the best birthday present for our country.”

Hee said the win was also a perfect gift to mark the two-year anniversary of their engagement – although he stopped short of promising his wife of ten months a long overdue honeymoon.

“We don’t have time for that right now – she is very understanding,” he joked. 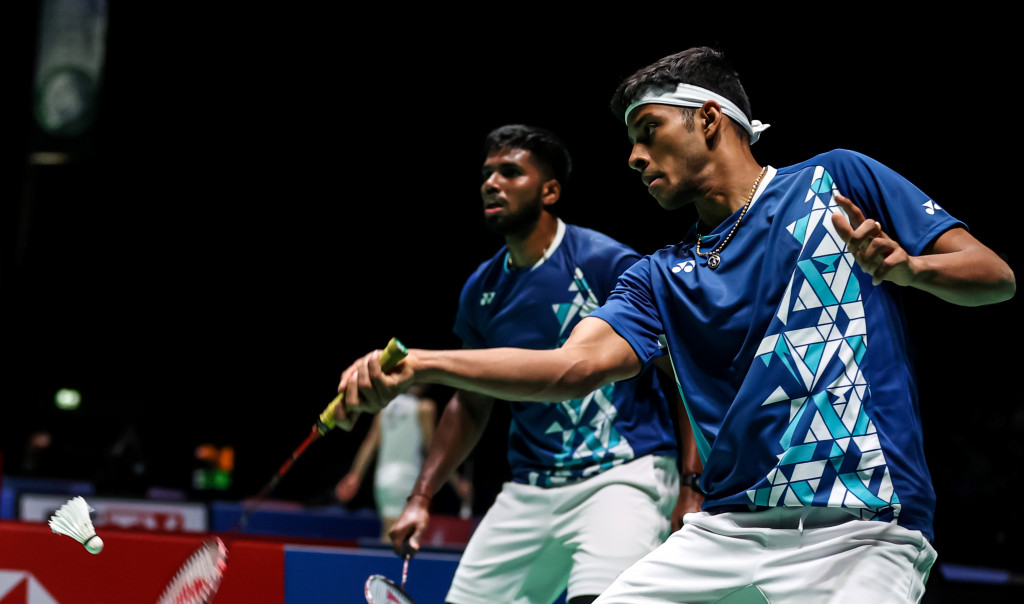 In the men’s doubles final on Monday, Satwiksairaj Rankireddy and Chirag Shetty started as hot favourites against home duo Ben Lane and Sean Vendy but faced the added pressure of making it three Indian gold medals in a row, following earlier victories in the singles events for Pusarla V Sindhu and Lakshya Sen.

“It was amazing having Sindhu and Lakshya win before us,” Rankireddy said following the 21-15 21-13 win, which confirmed a best-ever Commonwealth Games return for India in badminton. “When I came inside the hall before our match the national anthem was playing, and I had goosebumps. We really wanted to do the three in a row.”

A miserable morning on court for England was rounded out when Lauren Smith returned with Chloe Birch for the women’s doubles final, but ran into Malaysian No.1 seeds Pearly Tan and Thinaah Muralitharan in irrepressible form.

“They’ve been pushing some of the top pairs in the world these past six, seven months,” Birch said in response to the crushing 21-5 21-8 defeat. “They played amazing today – they were better than us and all credit to them.”