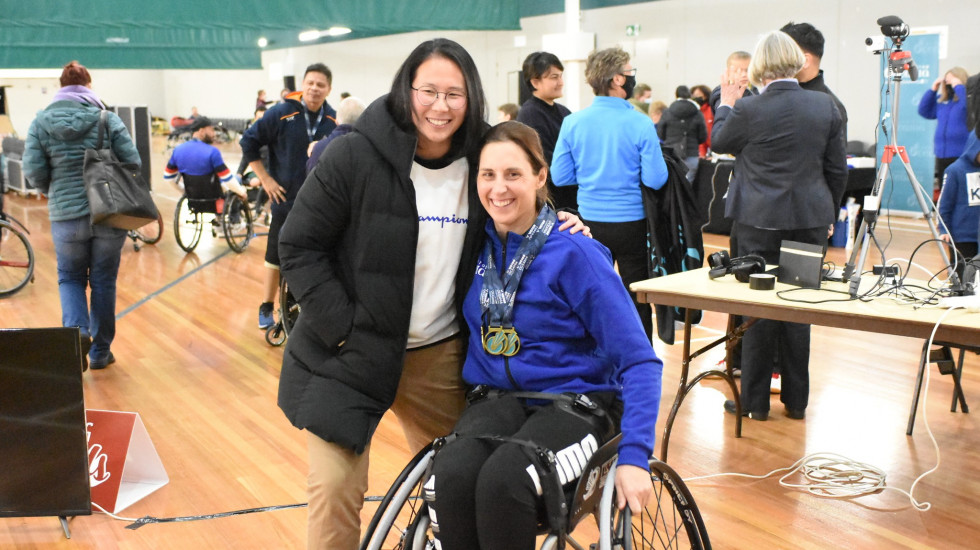 “I came into this tournament just wanting to give my best,” Ginns told Badminton Oceania. “My aim was to get on the podium, at least with one medal. I didn’t care what colour. I can’t believe I’m coming away with three gold medals.”

Partner Mellberg added: “For me it’s the white line fever. You cross that line and it’s a competition. It doesn’t matter who’s on the other side.”

This year, where wheelchair mixed doubles made its debut, each participating country – Australia, New Zealand and Papua New Guinea were represented on the podium.