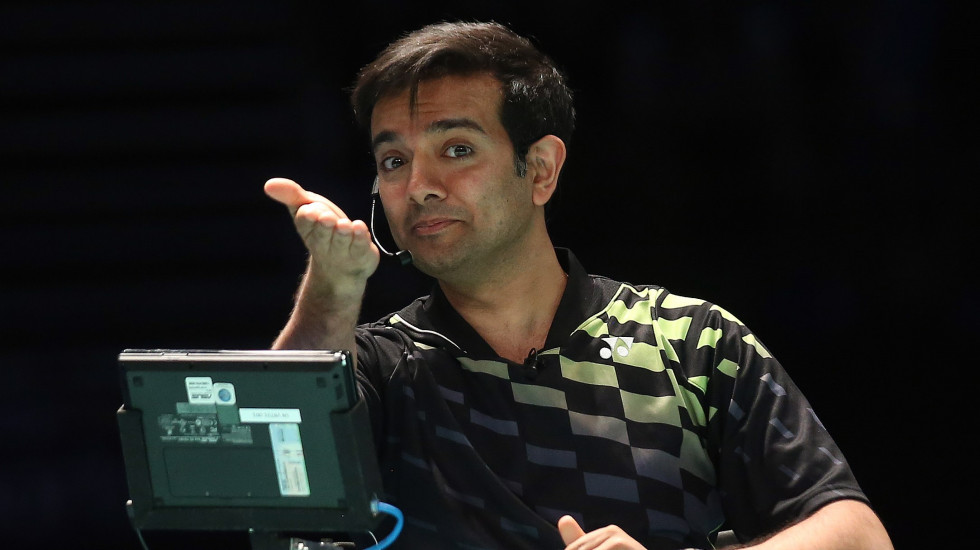 BWF Semi-Professional Umpire Jiten Bhatt talks about his journey as a Technical Official and how he manages to enjoy the job despite its various pressures and challenges.

I was born in Africa and brought up in the UK, where I went to school and started working. I was transferred in my job to Australia in 2003. I’ve been a player since I was a kid. I started off in the backyard playing with my aunts and my mom, and then eventually played with friends and started at school. So I was a player, but not really high level.

An innovative idea… and a new beginning

When I moved to Australia, I started playing at a club. There was a tournament and some of the club players had entered, so I went to support them and just be in the crowd. The event was short of umpires so they were looking for volunteers.

So I started helping. I was doing one match where Kelly Hoare – she’s now a BWF Umpire Assessor — was playing women’s doubles. This was back in the day when they had the 15-point system. Keeping track of the serves, I came up with my own method using shuttles to keep track of who was serving and on which side. When she asked to change the shuttle, I asked her to hand me the used shuttle; she was curious and asked me to talk to her afterwards. 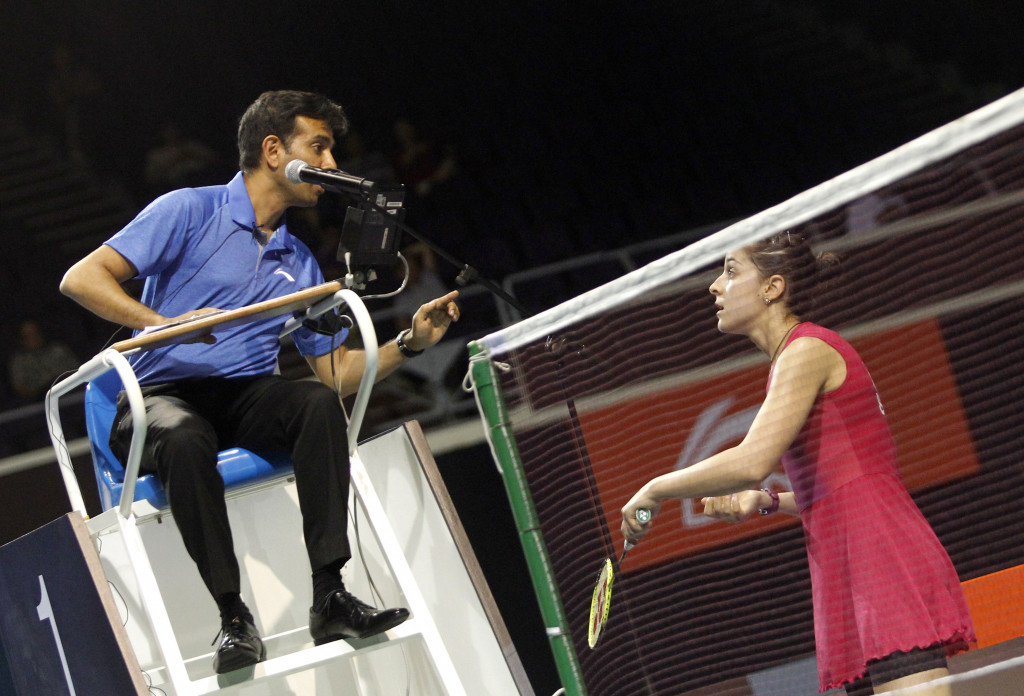 At the end of the match, she asked me if I wanted to know the correct way to do it.

She gave me details about an umpires course. I went to a local umpires course where they go through the rules and the laws over a number of weeks, and then the practical side of things. I’d go down to small tournaments to help. And then I started going through all the various assessments.

I’ve been umpiring for many years. As you go through that your experience gets better. You get better at being able to handle situations. Initially, you start in your small state, there are hardly any spectators. And then you get to events like the Indonesia Open, which is the pinnacle, I believe. I came once to Istora as an international line judge back in 2008, during the Thomas Cup. It was just an amazing experience; you couldn’t even hear yourself shout out.

At these kinds of stadiums through the years, you build your confidence and comfort levels, being in the situation and being in the spotlight. Because you’re going into a crowd, everybody’s watching you and you’ve got to make sure that you keep everything going as smoothly as possible. And of course you want make things as fair as possible.

Umpiring in the age of social media

I suppose that’s the daunting part. But we’re just like the players, we can make mistakes. (With social media) If you make a mistake, the whole world knows that you’ve made a mistake. But I’m not a machine, I’m not a robot. I’m going to make a mistake here and there, but I’m going to try my best not to.

When we’re in here, we are working hard. Sometimes the days are very long. Everybody goes through all of that. It is hard work but we try to enjoy that process. 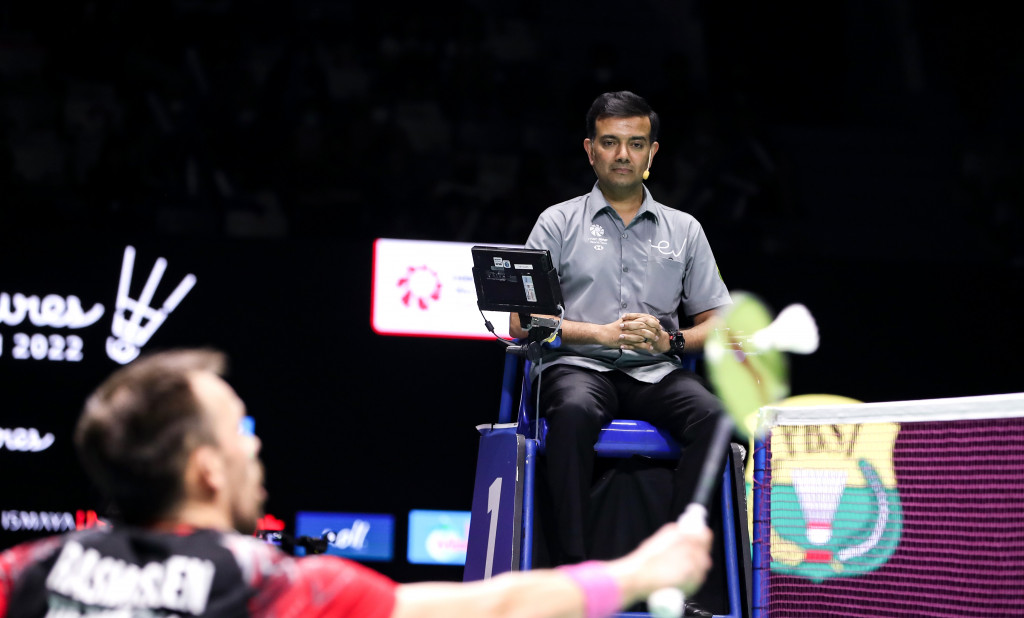 Keeping a close eye on the proceedings.

Enjoy the action, or stay removed?

I’m on the chair. I’m enjoying it. One of the things that I’ve learned is that it can be stressful if you’re worrying about the court, but you shouldn’t. This is your time. You’re watching the game but you’re enjoying it from the best seat in the house.

One lesson for life from umpiring

You will sometimes have moments where it’s not so great. But if you keep working at it, there are moments which are great and very, very high and uplifting. And you can learn from everything, and you can grow and things get easier. But just because it gets easier, doesn’t mean that you should lower your standards.

It’s opened up a whole new world. It’s been amazing the journey in terms of where you are, and it gives you growth as a person. You learn various lessons through your journey. It’s like anything you put your mind to. Like the players, they get better at skills the more they train. Same thing in umpiring, we’re learning skills, we’re learning techniques all the way through our journey and it’s never ending.