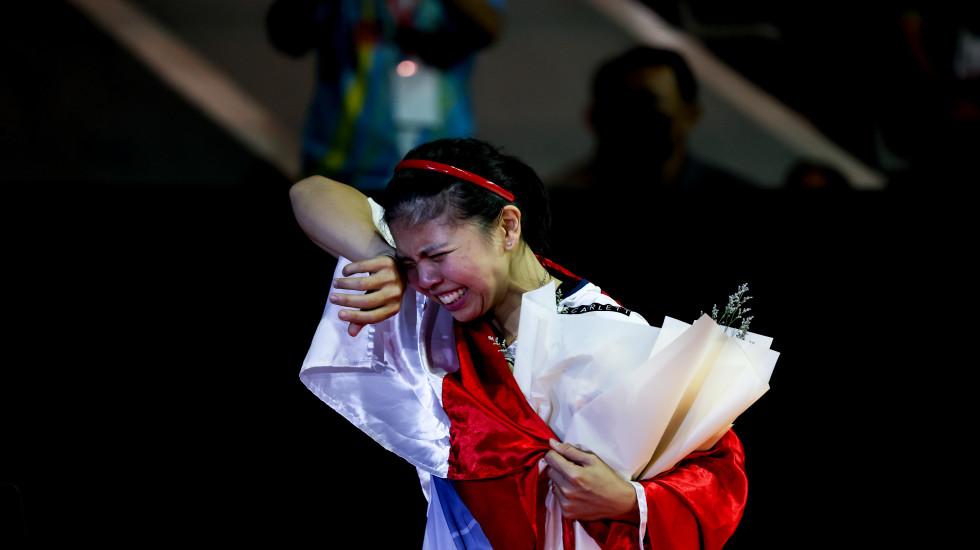 It was an emotional sendoff for Greysia Polii on the final day of the DAIHATSU Indonesia Masters 2022 as the Olympic champion bade farewell in front of her home crowd at the Istora Senayan.

The Tokyo 2020 women’s doubles gold medallist, who has announced her retirement, had an emotional on-stage reunion with former partner Apriyani Rahayu during her ‘Testimonial Day’, where singer Raisa played popular songs such as ‘Could it Be’ and ‘Kali Kedua’ to ecstatic fans.

Screens around the hall broadcast video highlights of Polii’s accolades and achievements, including recognition of her three World Championships bronze medals. It ended with ‘Thank you, Indonesia’.

The 34-year-old, who reached a career high of world No.2 alongside Nitya Krishinda Maheswari in 2016, said at the event: “I have so many people to thank, I had to write it down. Thank you to my family, friends, my husband Felix and PBSI for 19 wonderful years.

“Special thanks to Apriyani. Without her, the last five years would not have been possible. We created so many memories and got so many titles. You have given me the drive to continue.
“The Istora was where I first played and now I end my career at the same venue. Thank you all. Thank you, Indonesia.” 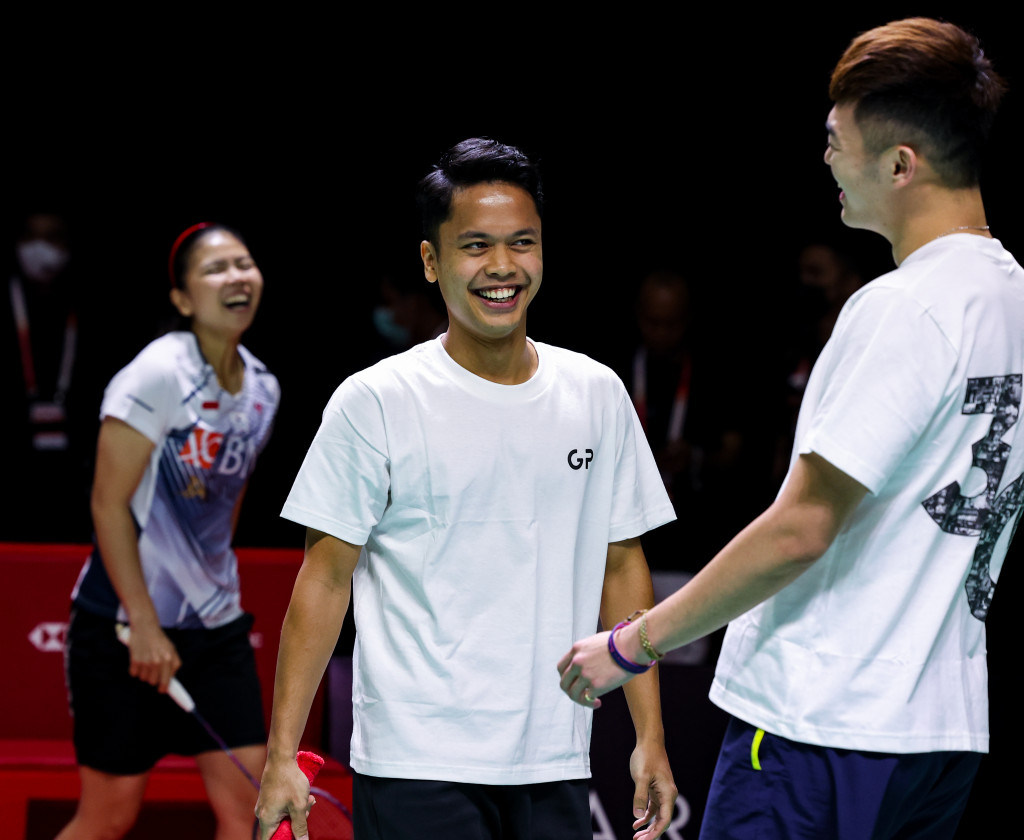 Three exhibition matches were played to mark the occasion, with the first match being three-against-three – Team A (Polii, Wang Chi-lin and Anthony Sinisuka Ginting versus Team B (Tai Tzu Ying, Hendra Setiawan and Jonatan Christie). Team A emerged victors of the fun match.

After the closing ceremony, Polii performed a lap of appreciation around the Istora, hugging fellow players and thanking the crowd for celebrating her.

Congratulations on a remarkable career, Greysia Polii. We wish you the best. 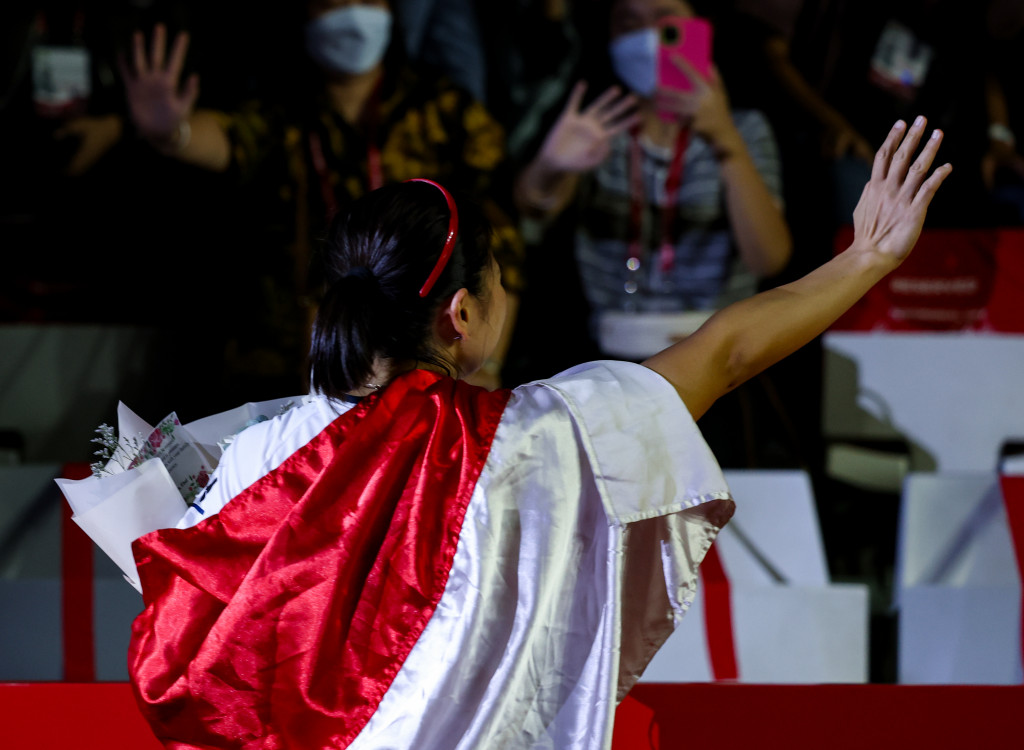 Polii performed a victory lap around a packed Istora to family, friends and fans.