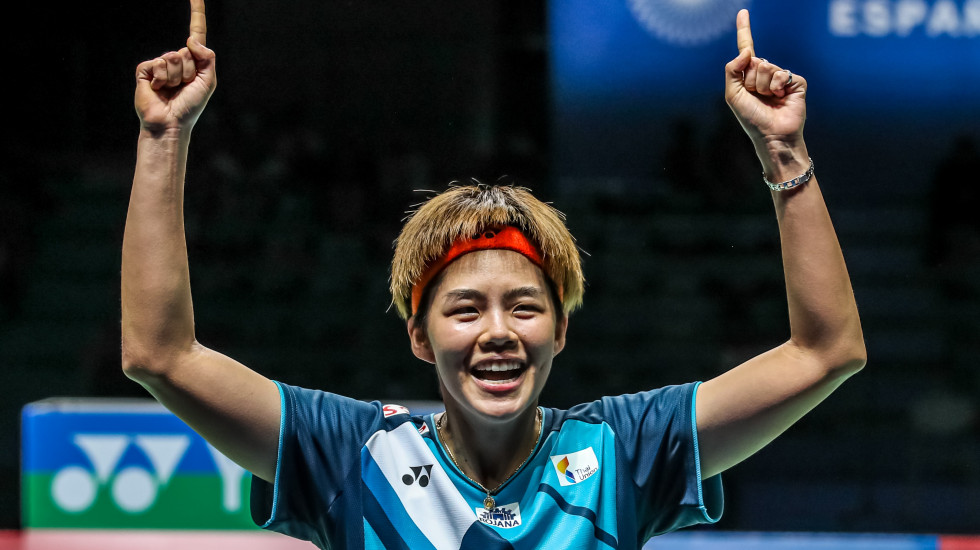 Dechapol Puavaranukroh and Sapsiree Taerattanachai‘s incredible year in 2021 culminated in the duo becoming the first Thai pair to win the World Championships.

The victory over Japan’s Yuta Watanabe/Arisa Higashino came after a four-title winning streak for world No. 1 mixed doubles combination Puavaranukroh/Taerattanachai, who won their eighth title in nine finals in Huelva, Spain.

“I have been waiting 14 years for this title,” Taerattanachai told BWF this week. “It has been my dream to be a world champion and now this moment is finally here.

“I’m so proud of myself and Bas. I would love to win the world championships every year. I celebrated when I returned home. I missed the food at home, so I ate a good meal and went travelling with friends.” 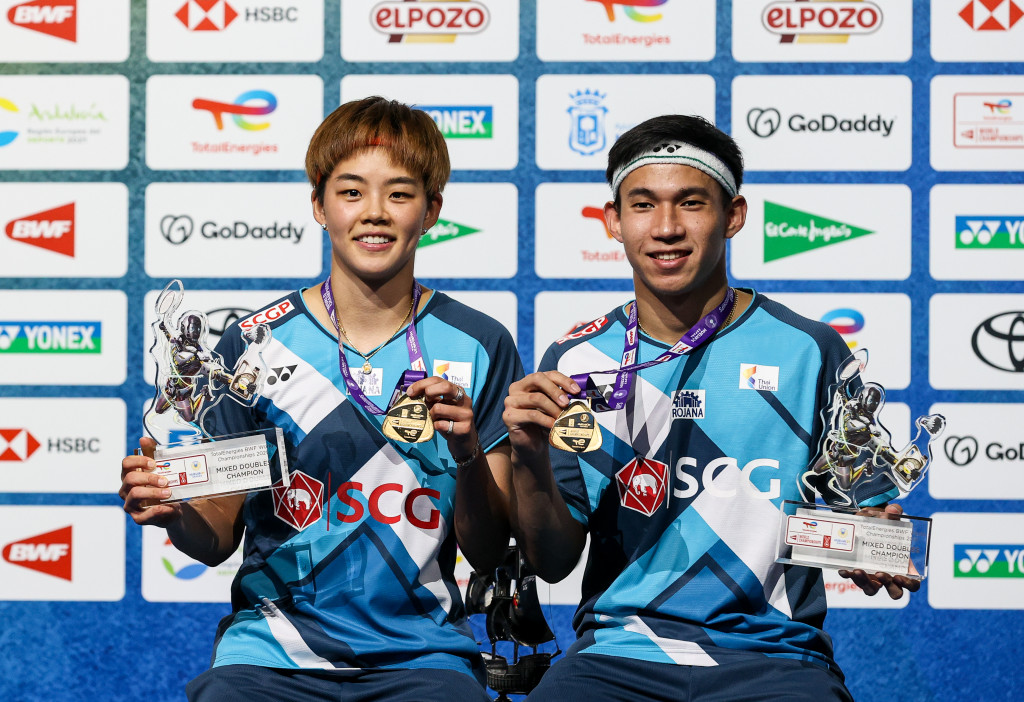 Wanting to follow up on a spectacular year, the 29-year-old has her sights set on adding more titles to her collection in 2022.

“I will be playing at the German Open and All England, I’d love to win those titles,” smiled the Thai.

While a title collection on home soil for the Thailand Open 2022 in May, is ‘ideal’ for the reigning world champion, it is a victory at the Asian Games 2022 that she has her eye on most.

“Absolutely, a title at the Asian Games 2022 is something we are both aiming for this year,” said Taerattanachai having been knocked out of the Asian Games 2018 in the quarterfinals by Tang Chun Man and Tse Ying Suet of Hong Kong China, the new world title has boosted the young Thai’s confidence.

“It’s nice to think we are the pair to beat, but I want to be a champion in all my matches, like with my women’s doubles partner Puttita Supa too. The world championship title gives me a confidence lift for the coming year but I just want to do my best each time. It’s important to take things step-by-step.”

Last year, BWF reported that Taerattanachai had taken part in 50 matches in just 75 days, a feat she never believed would happen.

“That is so crazy,” laughed the shuttler reflecting on her outstanding record. “I think that is the first and last time I will ever play 50 matches in such a short space of time.” 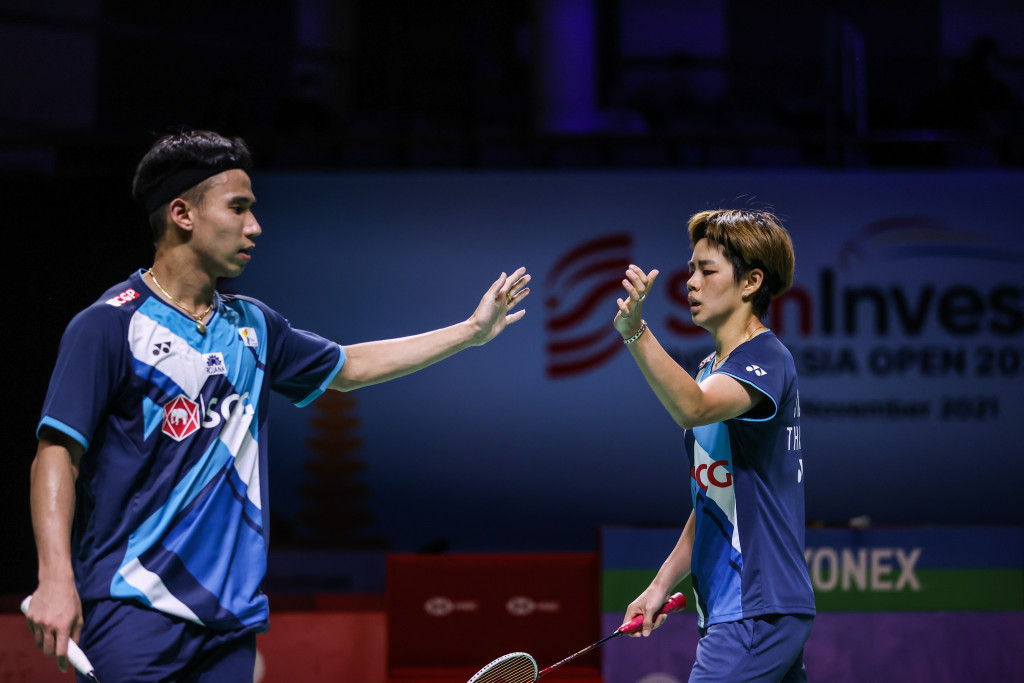 Taerattanachai says communication is key to a successful partnership.

But it’s not just being physically able to step on the court that makes you a champion, the 29-year-old told BWF.

“It takes a lot of hard work. A lot of training. We’re training for many hours a day. I’m in the gym for hours. I have to eat right and you also have to be mentally tough.”

Another ingredient notes Popor, is a good relationship with your on-court partner.

“The key to our success is because we talk during the match and before the match like how to play with our opponents. And during the match, we also talk about what is good what is bad. Sometimes I tell Bas: ‘Let it go and let’s finish this point. Don’t think about the future. Just be the present’. This is good teamwork.”