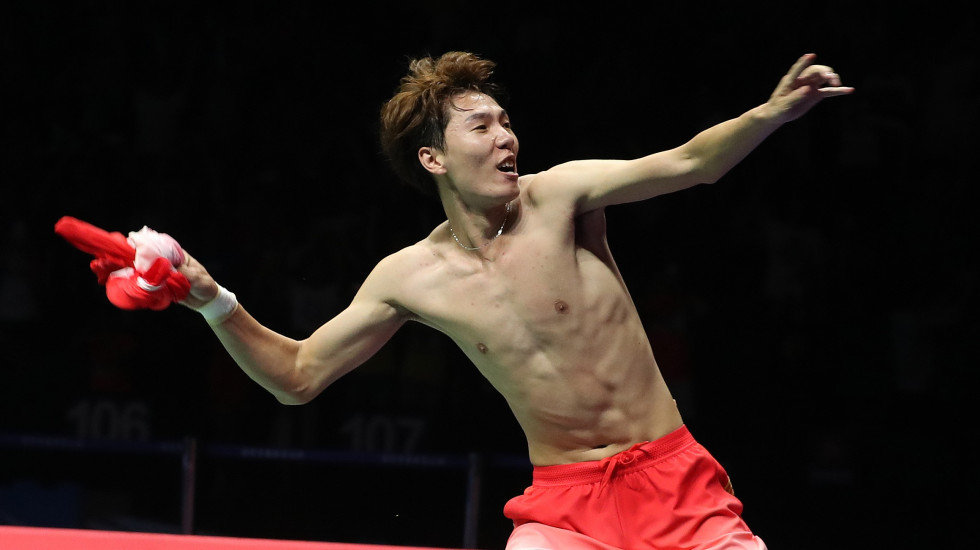 Li Jun Hui, after winning the World Championships in 2018.

Li (6.39ft), one of the ‘Twin Towers’ alongside Liu Yu Chen (6.33ft), and Kolding (6.72ft) – who struck a fruitful partnership with Mads Conrad-Petersen – were among the prominent men’s doubles players of recent years. Li had a much shorter career than Kolding’s – he was in the limelight for one Olympic cycle, while Kolding’s senior international career ran for over a decade.

Li retired at the relatively early age of 26; Kolding was 33. Interestingly, they met three times, and the Dane won all three encounters.

Li formed a formidable partnership with Liu Yu Chen – his whole career was with the same partner. After winning the World Junior Championships in 2013, Li and Liu made a quick transition to the senior level, forming a dependable combination behind seniors like Fu Haifeng and Zhang Nan. 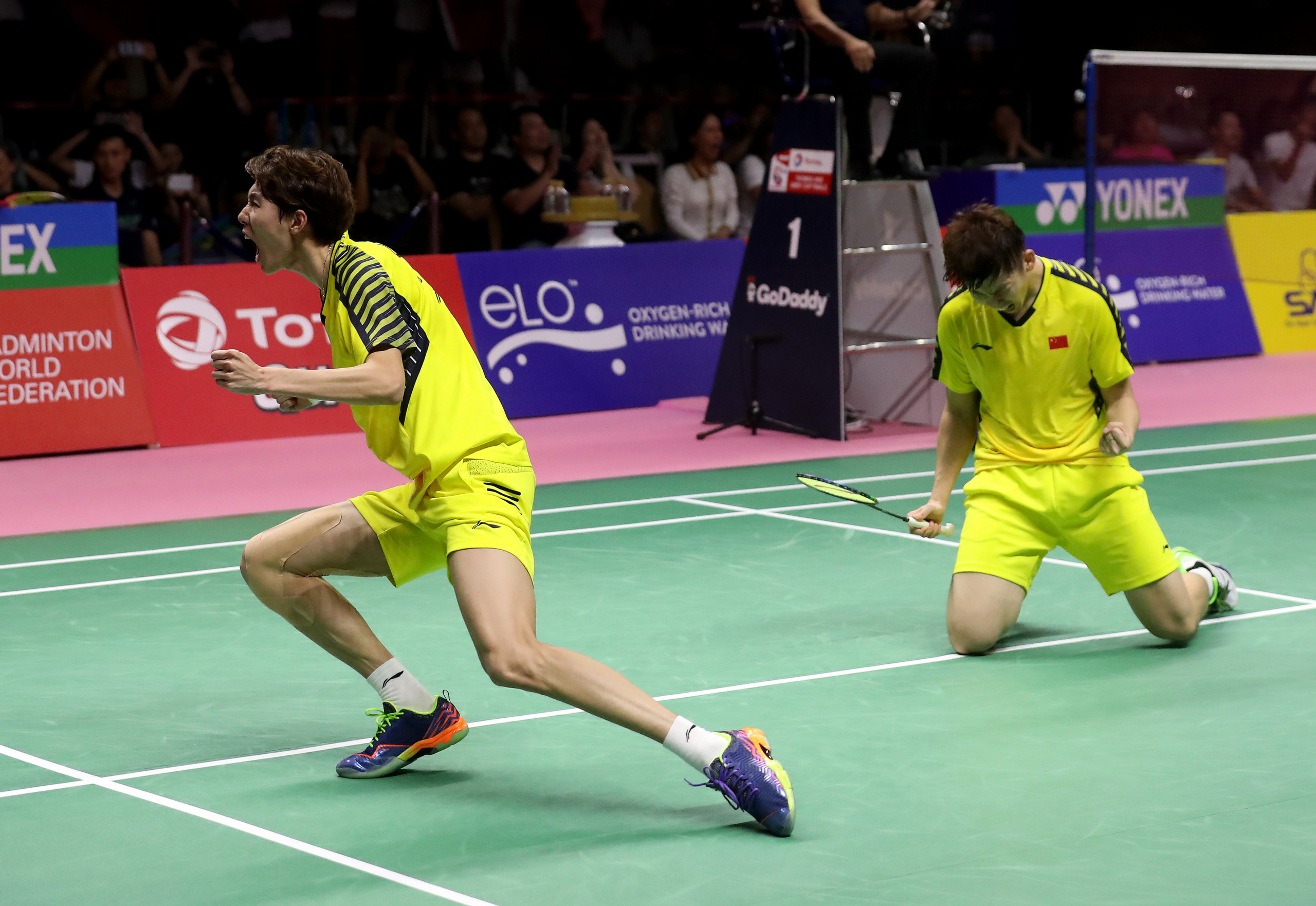 Li and Liu played a typical Chinese style with pace and power. Their biggest individual title would be the BWF World Championships that they won on home soil in Nanjing in 2018, followed by the HSBC BWF World Tour Finals at the end of that year. While they did win numerous other individual titles, they had a major impact in team events.

They helped China regain the Thomas Cup in Bangkok 2018, winning the second doubles against Indonesia (Ahsan/Setiawan) in the semifinals and Japan in the final (Watanabe/Sonoda). The Chinese saved two match points in an exciting 70-minute men’s doubles clash to help their country wrest back the title that they had last won in 2012.

A year later, in Nanning, Li and Liu helped China recapture the Sudirman Cup that they’d lost to Korea. The opening victory in men’s doubles set up the final against Japan; Li and Liu’s quick dismantling of Yuta Watanabe/Hiroyuki Endo gave the Chinese the breach they needed for Chen Yu Fei and Shi Yu Qi to capitalise on, and the hosts blanked a strong Japanese team 3-0.

Li’s last outing would be Tokyo 2020. The Chinese cruised through the group stage without dropping a game; they made their way past Kim Astrup/Anders Skaarup Rasmussen in the quarterfinals and Aaron Chia/Soh Wooi Yik in the semifinals before running into the in-form duo Wang Chi-Lin/Lee Yang in the final.

Kolding Calls it a Day

Mads Pieler Kolding with the Thomas Cup in 2016.

The high point of Kolding’s career was the Thomas Cup campaign of 2016. Denmark made history as the first non-Asian team to win the Thomas Cup, and Kolding was a vital part of that team.

Quite fittingly, the Dane signed off his career after playing two major team events on home soil. He won the only match he played in the Thomas Cup – Kolding and Frederik Sogaard beat France’s Fabien Delrue/William Villeger – which turned out to be his final international match.