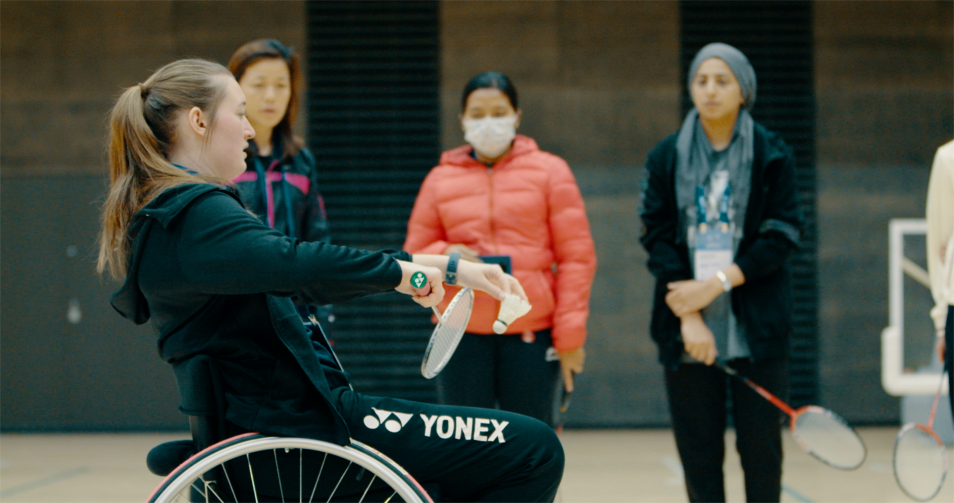 Celebrated annually on March 8, the International Women’s Day is dedicated to honouring the achievements of women throughout history and all across the globe.

BWF has always laid emphasis on gender equity, as seen – most prominently – in equal prize money for male and female athletes for many years now.

And to commemorate this special day, BWF spoke to Kaity Hall, among the high flyers in the wider badminton community. 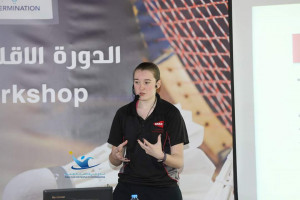 It seems quite an arduous task but that, Hall says, highlights badminton’s inclusivity regardless of gender and ability.

“Coming out of the sport as a competitor, I was able to get into coaching and specifically Para badminton. Not everyone wants to do that but there are so many opportunities in this sport, from tournament organisation to umpiring. There really is something for everyone,” Hall emphasised.

“We are seeing a growing trend in women and girls being more involved in the sport. It’s amazing to see the growth and I hope this trend continues.”

This, the 30-year-old believes, is helping women thrive and become more prominent in different areas of the sport. A coaching course in Nagoya, Japan before the pandemic hit, for example, was an awe-inspiring and at the same time, eye-opening experience for Hall.

“It was the only course that has had an all-female contingent, which was incredible. We usually have a 50/50 male-to-female ratio or more male coaches than females. It was inspiring to have this great group of quality female coaches all looking to develop,” Hall said.

A multiple national champion, Hall’s love affair with badminton started when she “played it for fun as a young girl”.

“I remember watching it on a finals day thinking ‘this is great, I want to play here one day’,” said the Mauchline native, who among a host of other sports also tried horse riding as a child. 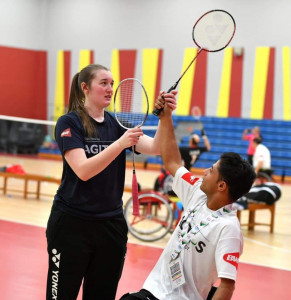 “I volunteered at the Sudirman Cup in 2007 (in Glasgow) when I was 16 and seeing that level of badminton in my home country really drove me to succeed.”

That eagerness soon became a hunger to coach others.

But why should young girls choose badminton?

“Give it a go, it’s a really fun sport. Also, no matter what level you play at, it can open doors to lots of incredible opportunities.”

Growing up with idols such as Gail Emms, Rita Yuan Gao and S. Hughes to look up to, the player-turned-coach would like to continue seeing big stars resonate with young women.

“Girls must connect with the female players of today. It needs to be in their faces. Badminton is a sport that can create so many opportunities for anyone. It’s a sport anyone can play.”