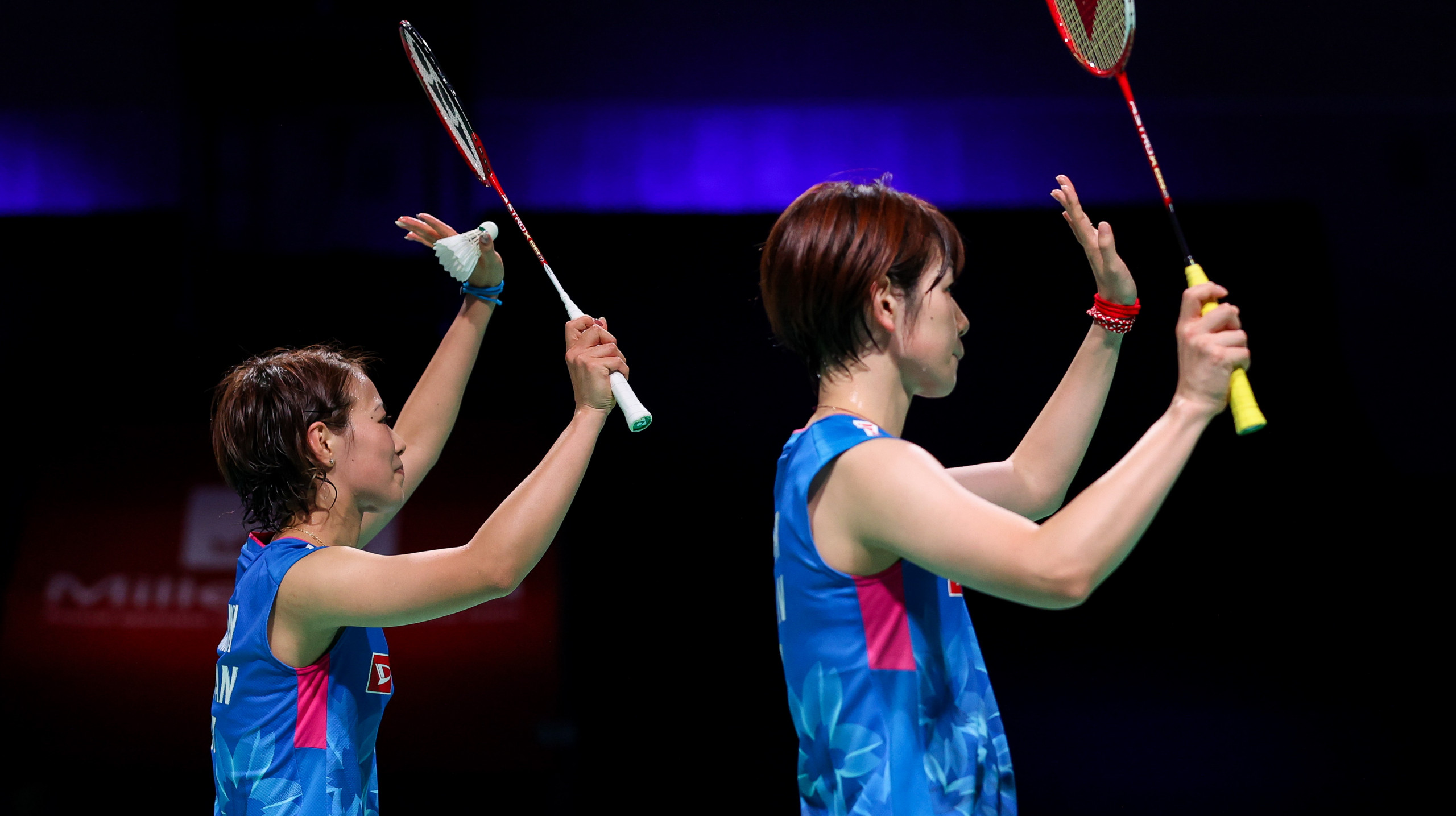 Yuki Fukushima and Sayaka Hirota, winners at the All England and the Denmark Open, will lead Japan's challenge into 2021.

A year like no other for badminton; a year that people couldn’t wait to see the last of.

Well, that year is finally behind us as we welcome 2021.

Has there ever been a year as surreal as 2020? As far as badminton is concerned, the closest comparison is with the War years, which affected the few international events of the time.

It had all seemed so different in January 2020, with all the attention focussed on the Tokyo Olympics. The year’s first BWF World Tour event, the Malaysia Masters, saw Kento Momota and Chen Yu Fei win the singles. 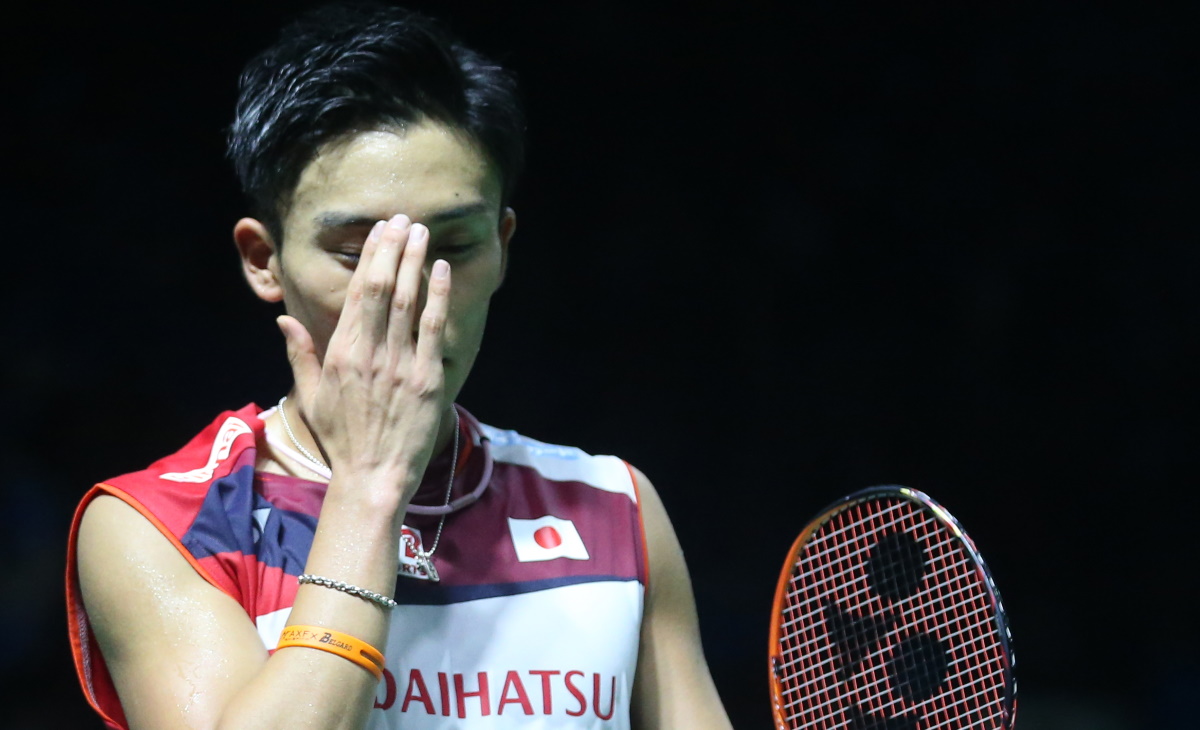 Kento Momota had to undergo surgery after being involved in a serious car accident.

Tragedy nearly struck shortly after. One of the cars taking the Japanese team to the airport had an accident, unfortunately killing the driver, and injuring Kento Momota. The news stunned the badminton world; Momota was rushed to hospital, having sustained multiple laceration wounds to the face and a right maxillary sinus and nasal bone fracture. Later, having returned to Tokyo, he underwent surgery for an orbital floor fracture which was causing him discomfort in his right eye.

The Indonesia Masters saw Carolina Marin return to the court at where she had injured herself a year ago. It was a poignant moment for the Olympic champion, but she did not allow emotions to get the better of her as she powered her way into the final. 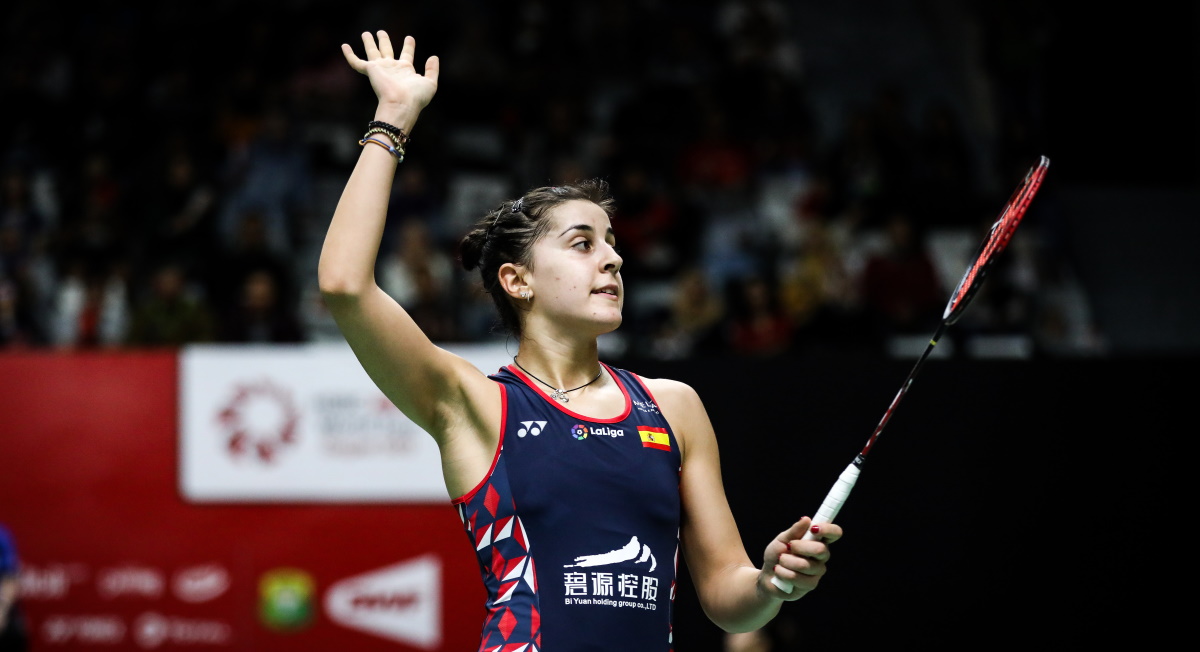 Carolina Marin made an impressive return at the venue where she had suffered an ACL injury.

The men’s singles final saw Anthony Sinisuka Ginting at his best when he took on defending champion Anders Antonsen. A year ago, Antonsen had thwarted no less an opponent than Kento Momota and was favourite to retain his title, but Ginting was nearly flawless in his no-holds-barred attacking game.

For Marin, it would have been a huge moment had she taken the crown, but Ratchanok Intanon came up with a special performance to deny the Spaniard.

The All England, held with strict safety protocols in place, saw Viktor Axelsen become the first Dane in over two decades to capture the men’s singles crown. Tai Tzu Ying won her third All England as she reversed recent setbacks against Chen Yu Fei, while in men’s doubles, Hiroyuki Endo and Yuta Watanabe became the first Japanese pair to triumph at the world’s oldest tournament. 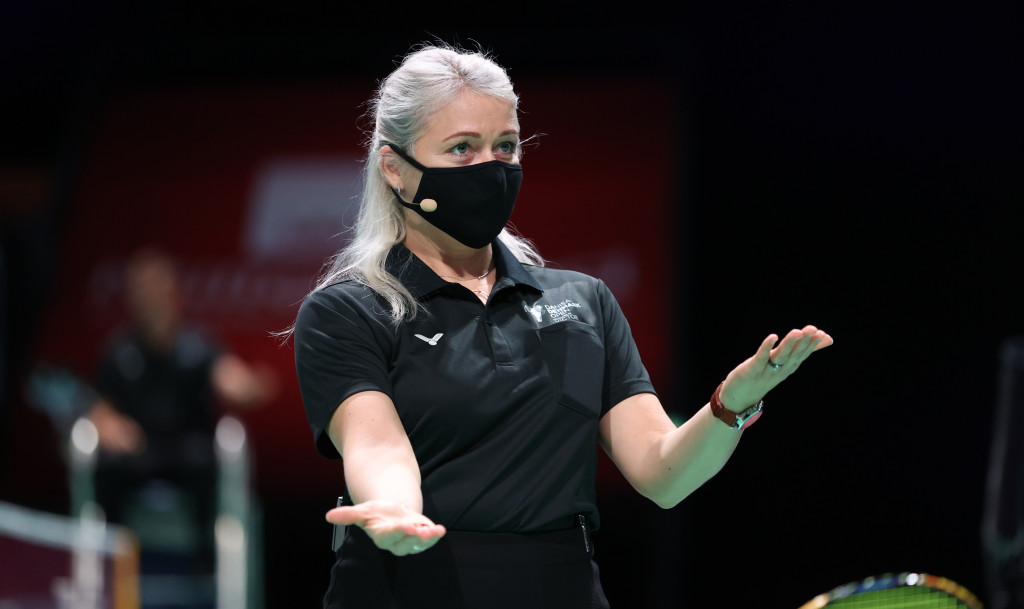 The ‘new normal’ – an umpire wearing a mask.

The badminton world went into shutdown soon after the All England. This was new territory for everyone involved – BWF, host organisations, players, etc. Players, keen to continue training in the run-up to Tokyo, devised ways of training at home without equipment. Some picked up new interests like painting and music. Others started to learn new languages.

BWF kept up efforts to restart the circuit under safe conditions; the first tournament to be held within a safety bubble was the DANISA Denmark Open. These guidelines meant that fans got to see novel sights – like the shuttle dispenser courtside, or players shielded behind glass partitions while addressing the media.

Only one more tournament – the SaarLorLux Open – was held before the year came to a close, and preparations began for the Asian Leg in January 2021.

As the New Year dawns, badminton fans can look ahead with optimism. All the players are well-rested and have recovered from injuries. 2021 is an appetising year, with three events in January, and major events to follow – the Olympics, the World Championships, the TOTAL BWF Thomas & Uber Cup Finals, and the TOTAL BWF Sudirman Cup – promising an antidote to all the pain that the circuit went through in the strange year that was 2020.