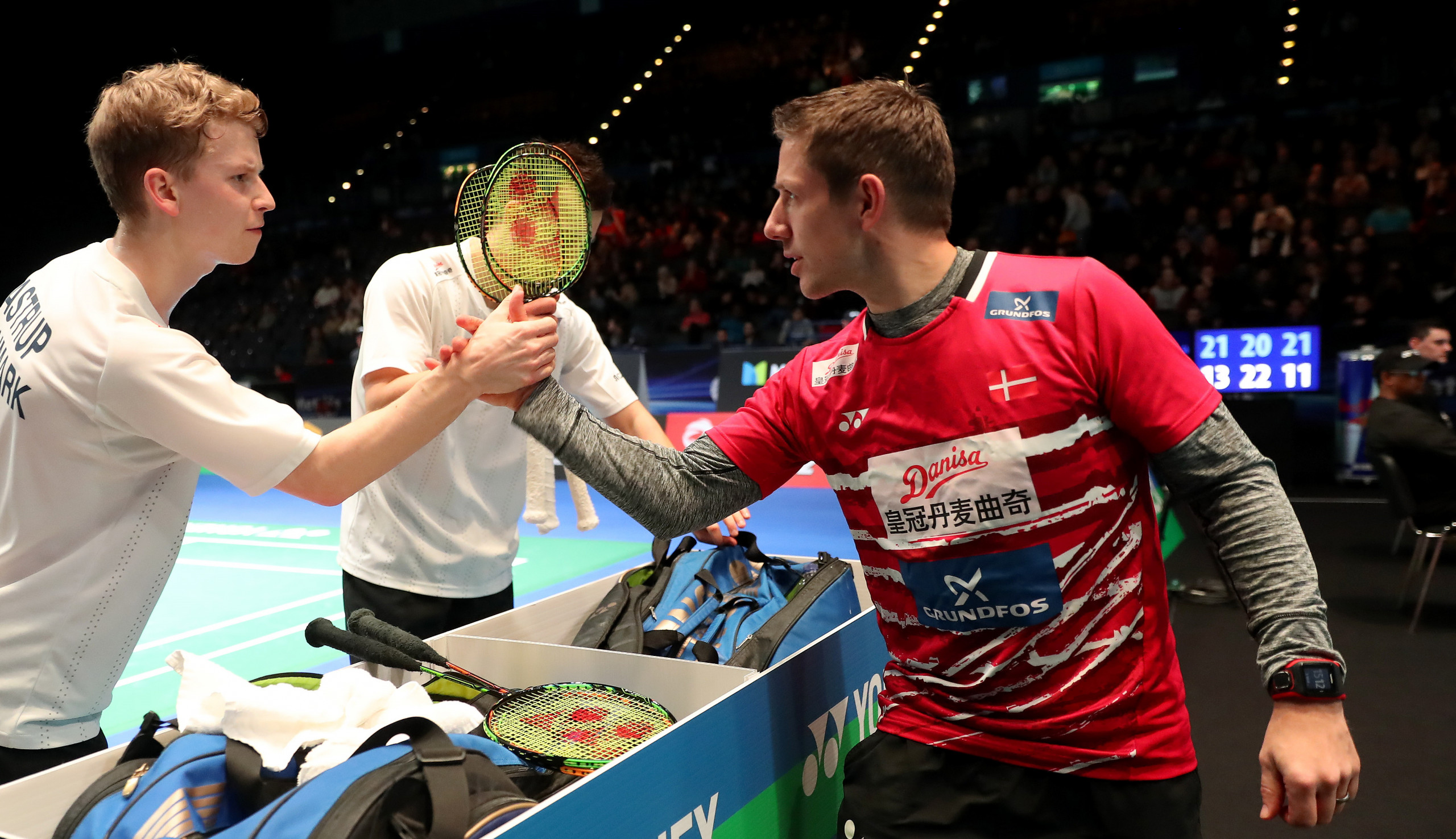 In part two of our two-part interview, Jakob Hoi, Denmark’s national coach in charge of men’s doubles, speaks about the evolution of men’s doubles and Denmark’s approach in seeking to stand toe-to-toe with the very best:

What are the biggest challenges for Denmark to produce men’s doubles players? In men’s singles you don’t seem to have a problem.

So it’s different personalities that are succeeding in singles and doubles. In doubles the skill level, the accuracy and speed, is so much more important than physical attributes. We’re also talking about the mental side. 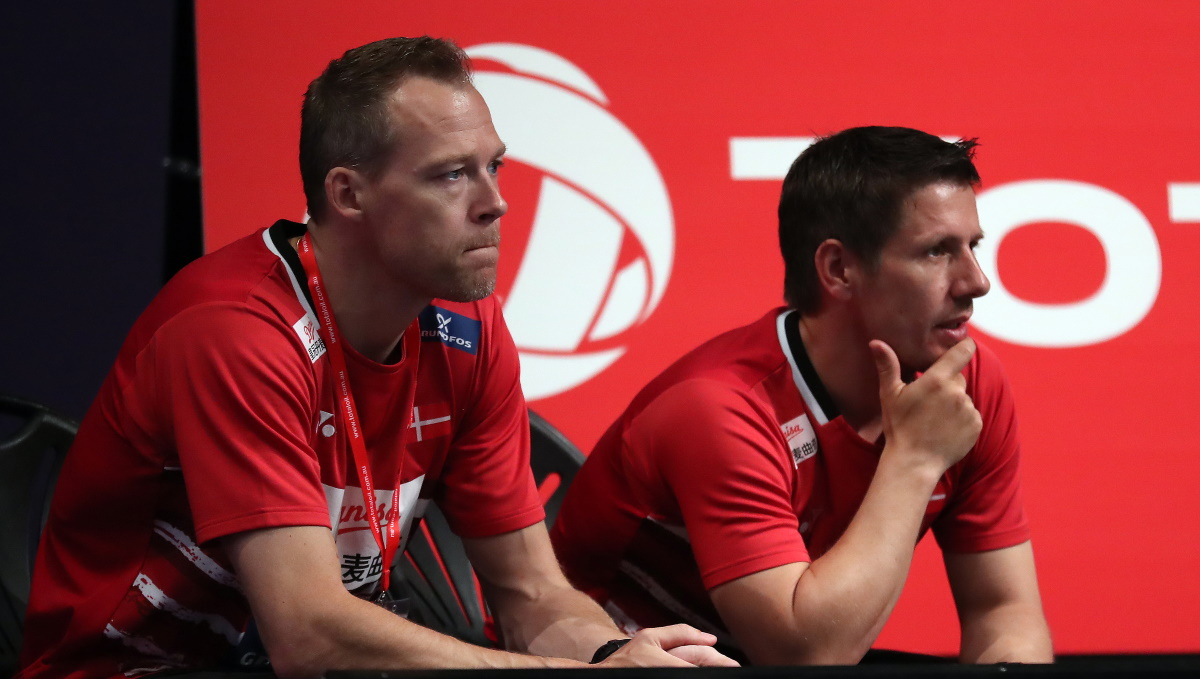 But for Danish players, we need to look at racket skills, and in that we can do what’s the fast game – Indonesia and China – and what do we look like when we beat them. With the skill we have, we need to put that in tactical (terms), we need a high level of decision-making. We really need to understand our opponents and our own limitations. So if we play what we think is fun badminton – I call it YouTube rallies – if you play that all the time, unless you have the best technique or physique in the world, you can’t win like that.

One needs to really understand and think the game, that’s the big thing.

What direction do you see men’s doubles going in?

I was watching (Laars) Paaske/(Jonas) Rasmussen not too long ago, when they won the World Championships, and they were playing the Indonesian style, really fast, and they had the racket skills and Jonas the physique and speed to play that game.

But when I look at that now I see the number of unforced errors, and that’s just the basic level – service mistakes, putting in the net… the overall level is much more solid now. There’s no one out there where you just put it through them… the overall level is higher, but I’m not sure it’s faster.

Indonesia have always been known for being fast and skilful, but still you will find that the top pair wants to play net and they have a strong defence now. When they won Olympics in 2008 (Markis Kido/Hendra Setiawan), there was no defence. They just didn’t play defence, but when they did, they lost. So I think the overall skill of the top pairs is broader and more solid.

As for direction – looking at who came into the top ten – Chinese Taipei pushed up with four pairs. To me they play no-compromise, power-power-power. Run into the shuttle and it’s like throw the dice, and if you have a good day you win but they’re just not consistent.

So I don’t think that just pace-pace-pace is the way, but if that’s all you do, you can go in and when you throw the dice and when it’s even, you can make surprises. So sometimes you will beat better pairs. Sometimes you will also lose to lower-ranked pairs.

The whole thing about pace… I don’t really know if it’s faster (now), I’m not even sure they smash harder now. But I think the overall skill level is broader, and I think they’re more solid.

I don’t even think the rallies are that much longer. Sixty to sixty-five percent of the game is less than eight minutes in men’s doubles.

How hard has it been for Denmark to attract high-level talent in men’s doubles?

It’s always difficult, because when you are in the moment, you just watch what’s around you. The big picture, I would say at the moment, is we don’t have a lot of big doubles talent. It’s a little bit more continuous for the singles. That doesn’t mean we don’t have doubles talent. We definitely do, but maybe they don’t know themselves yet. I think in men’s doubles we used to be superior in the European junior and European tournaments. We don’t have those pairs that at 19 won everything in Europe. So regardless of how good they are, they don’t come on to the stage with a decent world ranking; they don’t come on to the stage with a “how am I ever going to lose” attitude. That can either be the level of Denmark; it can also be the (improved) level of Europe – just look at France; 20 years ago they got badminton on the school programme, and they’re quite good in juniors now, they have a solid programme. 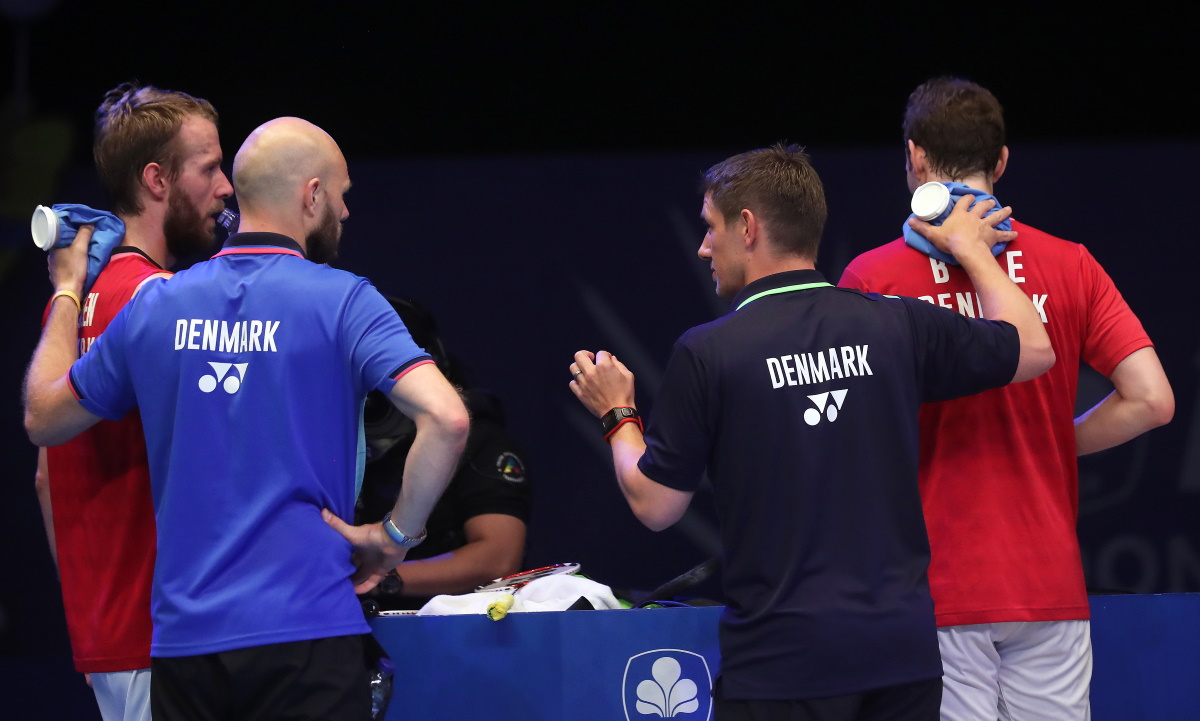 Are you advocating a similar system for Denmark?

At some point we need to think of how do we attract players, but I think that’s not a high-performance question, that’s for the sport.

If you look at an organisation like Badminton Denmark, it’s so much more than high-performance. We’re just a small part of it, but we’re the ones getting the TV attention, but there’s a lot about coach education, getting the kids to play, volunteering, and having the environment. In Europe, Denmark had the advantage of a really strong club culture, volunteers keep teaching just for the love of the game, and the social environment. That’s one of the strongest assets that Danish talent had. You will always have junior coaches with a minimum level of technical skills; that means visual learning happens everywhere in Denmark. But all the time, if we keep having decreasing numbers, then obviously we need to think about attracting. We still have a big pool of players, and I can’t sit back and wait for the next one to come, so what we’re doing is contacting the regional centres and working on high-performance coach education, so that we minimise the gap between club and federation.

I think there’s lot of high performance going on in Denmark. Quite a few clubs are ambitious and not thinking of just participation but performance.

So… I would like to sit back with faith in everyone who works with badminton in Denmark and I hope that by opening the doors and making ourselves available, that we can also help give advice. Very often a high-performance environment will become like an island, but we would like to build bridges and open the door and say, hey, we’re not scary, we actually would like to share our opinion on what your 15-year-old or 19-year-old would be able to do, so that we want to spend time with them. 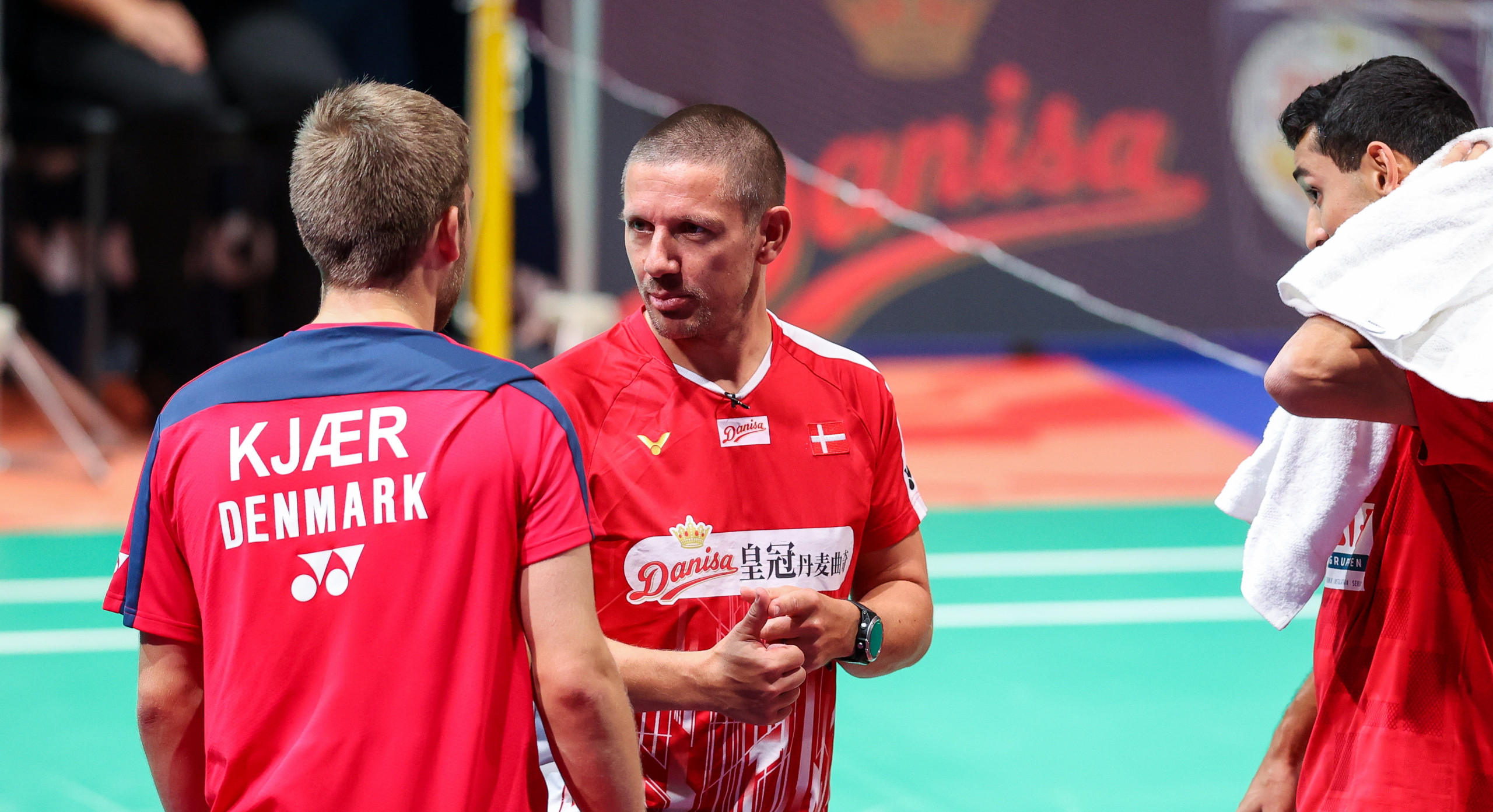 So you are optimistic about what lies ahead?

It’s always difficult to say am I optimistic, or am I in love with the game? I absolutely love being in this, and I wouldn’t do that if I was not optimistic. We are very narrow-minded when it comes to performance.

I have faith that the players we have will step up. We don’t have obvious, continuous, consistent winners in the group at the moment. We would have seen that already, because they are 20 or 21. I have full faith that I can make players that can be competitive against top players, and now and then, they will beat them. If they can do that, I will also have faith that they can go get a medal. I wouldn’t do this if I didn’t believe in a medal. It’s out there and we’re going to go get it.

Read Part 1 of the interview here