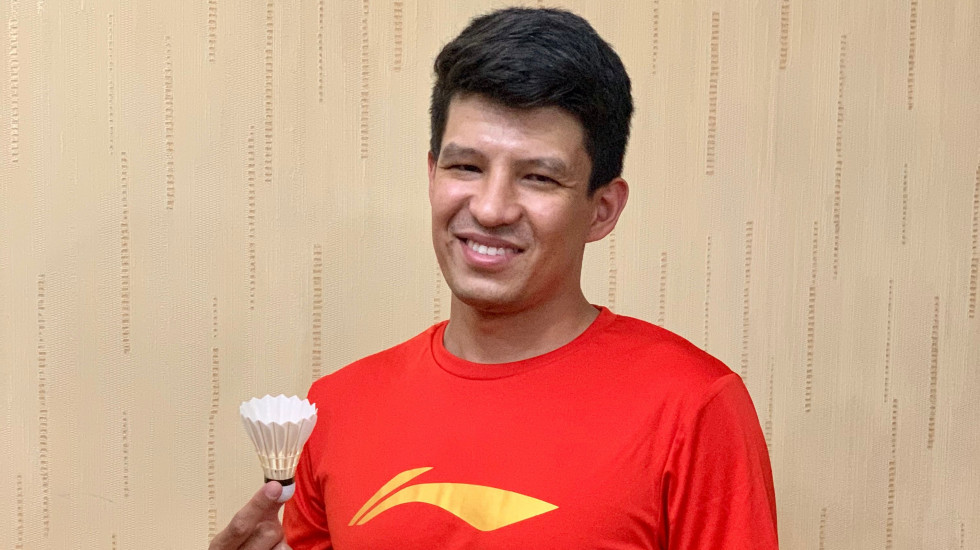 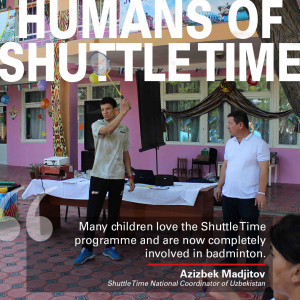 This is the seventh story in our Humans of Shuttle Time series, in which we present the perspectives of those who work on badminton development at the grassroots level. Azizbek Madjitov, Shuttle Time National Coordinator of Uzbekistan, recounts his badminton journey:

I was born into a family that wasn’t particularly interested in sports. It was only when I turned 12 that I started participating in sports. I studied at the Institute of Physical Culture and Sport, and now have many friends from different sports.

My first experience of badminton was when I was invited to the Republican Championship of Uzbekistan in 2013. I eventually started working with the badminton federation.

The first thing that struck me about badminton was its speed. I couldn’t even see the shuttlecock.

In 2015 I travelled with the national team for the Asian Championships in Wuhan (China). There I met Lin Dan, and I saw how the fans treated the top players.

Now badminton is part of my life. I’m involved with it every day, both on an international level and locally.

What the Future Holds

I believe badminton hasn’t reached its peak yet, so there is room to grow and become more popular.

The sport is growing. For example, in Uzbekistan, we have set up regional federations in all regions of our country, and now there are more than 10,000 children playing badminton on a regular basis. Our national team participates in more than 20 international tournaments a year.