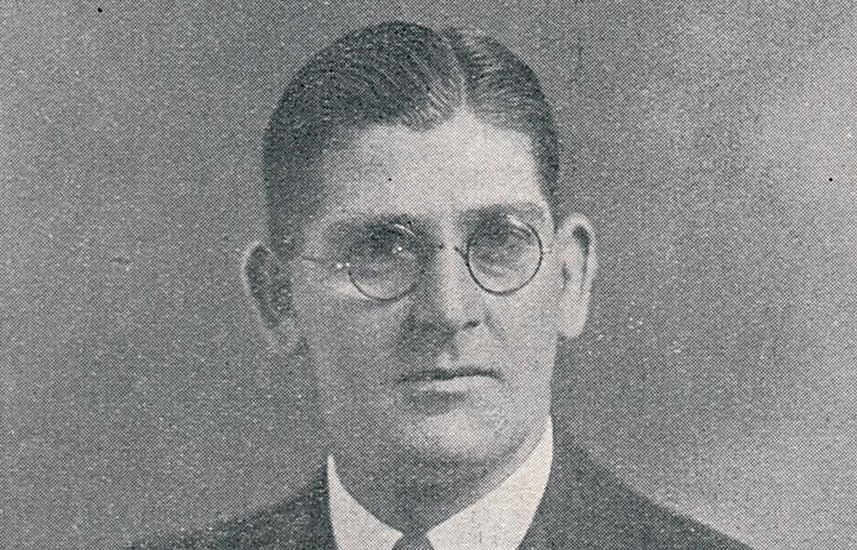 “Approach your matches with fighting spirit, fight all the time and never give up until the final point has been called against you.”

Born 19 days into the 1900s, Frank Devlin’s badminton skills were cultivated in his family garden in Dublin, incredibly alongside friend Gordon Mack.

Devlin seemed fated to be a shuttler – bedridden after losing half a heel from osteomyelitis at 12, he passed time by hitting a shuttlecock against the wall using his wrist.

The sport eventually became a passion and technique mattered a great deal to Devlin – he is the first known player to use the overhead backhand clear. While recovering from osteomyelitis, he discovered the secret “was to play with (his) wrist and not (his) whole arm”. He also “pulled out some of the shuttlecock’s feathers to deceive (himself) as to its flight”.

As a result of such an analytical childhood, the Irishman would retire in 1931 the All England’s second most successful shuttler with 18 titles – a record he still holds today.

Six of those at his favourite hunting ground were won with old mate Mack in men’s doubles, although his first in the event came in 1922 with Swiss partner Guy Sautter. He added six crowns in singles – of which five were in succession – and another five in mixed doubles (with three partners).

Upon retirement, Devlin shifted base to North America – first Winnipeg, Canada then Baltimore, USA – to become the first known full-time badminton coach, one of high calibre. His daughters Judy and Susan became badminton greats in their own right, winning six All Englands as a women’s pair.

He eventually returned to the country of his birth, where he continued coaching well into his 80s.

Having earned a good reputation as a writer, Devlin authored many books on the technical and tactical aspects of badminton and was an occasional editor of Badminton Gazette.

Devlin died aged 88 in 1988. He was inducted into the IBF (now BWF) Hall of Fame nine years later.

Devlin won two mixed doubles All England titles with Kitty McKane, with whom he was briefly engaged. 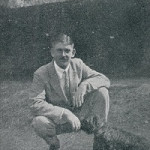 A young Devlin as he appeared in Badminton Gazette in 1924. 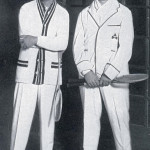 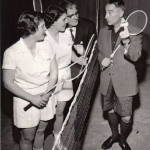 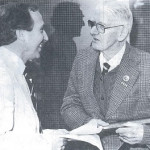 Devlin (right) receiving the DSA award from P.E. Nielsen in 1986.