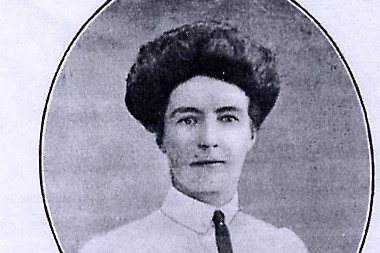 In All England folklore, Muriel Lucas has her own place – she was the first woman to win 17 titles at the prestigious competition, remarkably completing her haul in 11 years.

That puts her joint third on the all-time list, with just Sir George Thomas (21 titles) and Frank Devlin (18 titles) above her. It took 57 years for Lucas’ feat to be matched by the legendary Judy Devlin.

Born in 1877, a 21-year-old Lucas participated at the very first All England and won the women’s doubles with Mary Violet Graeme. She would win another nine in the category, six in women’s singles and one in mixed doubles. No player has more women’s doubles titles (10) at the competition and incredibly, they were won with four different partners (Graeme, Thomson, G.L. Murray and Muriel Bateman).

Lucas shared a great singles rivalry with Ethel Thomson but the duo combined to be a formidable doubles pair – they never lost a match together.

Apart from All England, Lucas was crowned champion five times at the Irish Open and four times at the Scottish Open – big competitions of that era. Lucas also captained England against Ireland in 1903 – the oldest international tournament on record.

A quote attributed to former coach and prolific badminton writer claims Lucas’ “ubiquity and return of the heaviest drives was astounding” despite playing “in a full-length dress”.

Lucas died in 1962. For her groundbreaking achievements, she was posthumously inducted into the IBF (now BWF) Hall of Fame in 1998.

Lucas also holds the record for most consecutive All England women’s doubles titles with seven from 1904 to 1910.