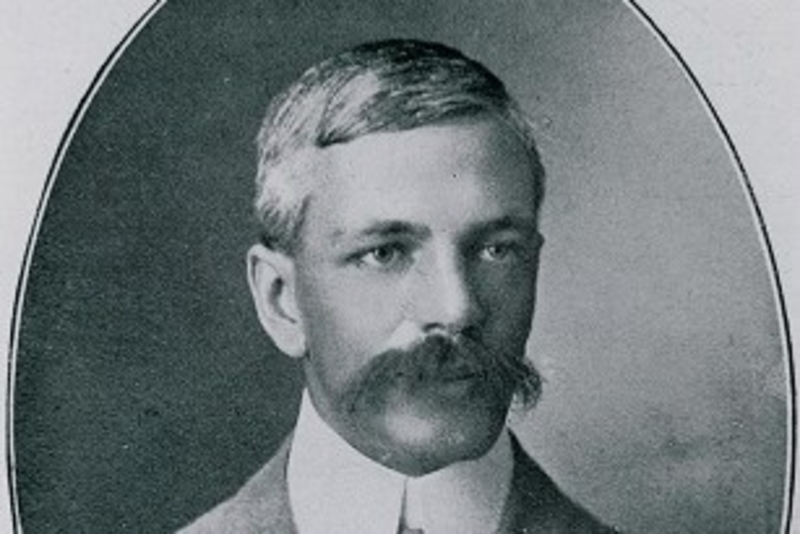 Throughout badminton’s history, a group of special players carved themselves a legacy very rarely matched by their peers. In this series, we will take a look at those remarkable athletes.

“The art of badminton is to deceive.”

In fact, to this day, his record 21 titles at the All England remain unsurpassed.

Born in Istanbul, Turkey, on 14 June 1881, Thomas began his career at the Southsea Club and within three months was in the All England 1900 semis. He competed every year for the next 28 except for the four-year period of World War I.

While serving in the army, he marched across more than 300km of the Mesopotamian desert, rejecting the opportunity to ride his horse, choosing instead to ‘footslog’ with his troops.

After the war, he inherited a baronetcy and became Sir George Thomas Bart.

During his playing career, he won 78 national titles. Thomas’ All England successes, however, only began in 1903 when he won mixed doubles with Ethel Thomson.

In 1906, he again won with Thomson and achieved the first of his nine men’s doubles titles.

Until the outbreak of the war, he had 90 titles, including 15 Scottish, 14 Irish and 10 All England.

On the resumption of the All England in 1920, at nearly 39, Thomas astounded his compatriots by winning the first of four successive singles titles and three successive mixed doubles titles with Hazel Hogarth (he previously won with Hogarth in 1914). Three more men’s doubles crowns with Frank Hodge followed in 1921, 1924 and 1928, the last at age 47.

In those final years, he added another 16 Scottish and 12 Irish titles.

Thomas led IBF for 21 years (1934-1955) and famously conceived the Men’s World Team Championship. In 1939, he gifted a splendid trophy for the Thomas Cup, which was first played in 1948-49 in Preston, England. Thomas presented the trophy to the winning Malaya team.

“He was firm, yet had that happy knack of putting his views into the heads of others.” – Herbert Scheele

Thomas won his first All England men’s singles title at the age of 38. 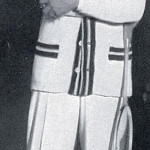 Thomas during his playing days. 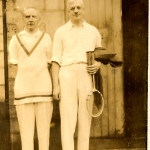 Thomas was accomplished in singles and doubles. 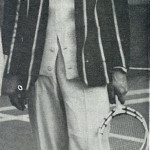 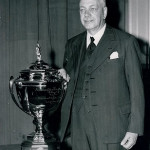 Posing proudly with the Thomas Cup he presented in 1939. 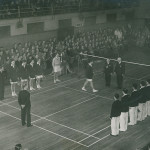 Denmark and Malaysia players being introduced to Thomas before the first Thomas Cup final. 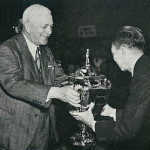 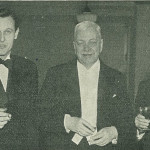 Thomas (centre) with four other All England men’s singles winners during an event in 1951. 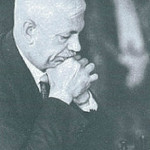 Thomas was also a chess champion.