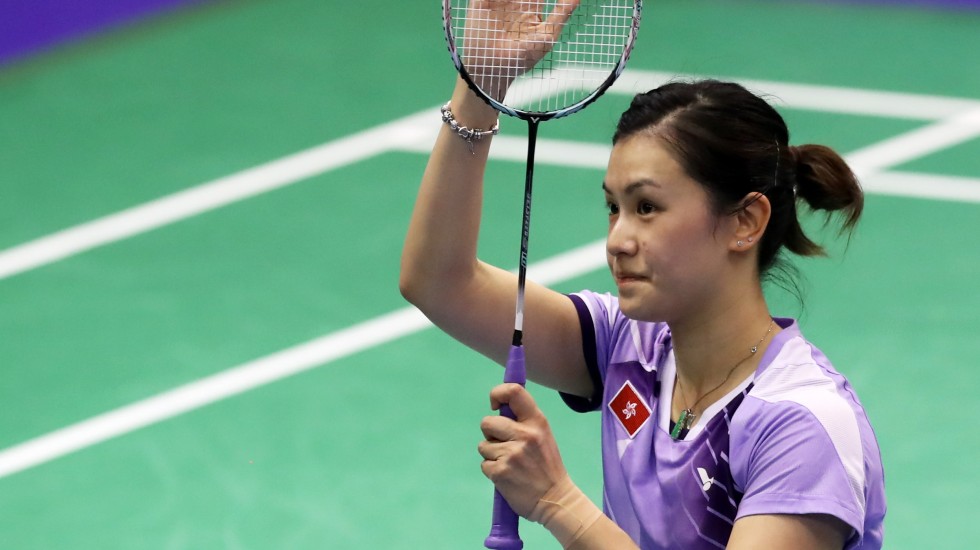 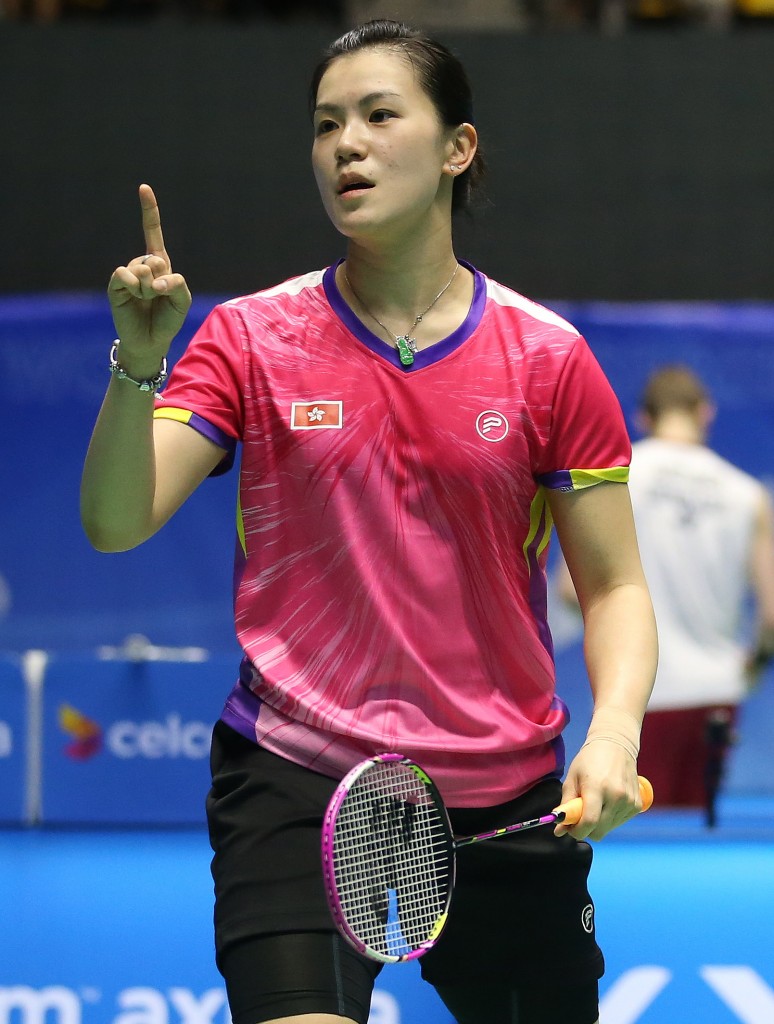 Cathy Chau Hoi Wah retired last month after a 15-year career. Ranked a career-high of No.6 in 2014, Chau and partner Lee Chun Hei were Hong Kong China’s first winners of the Badminton Asia Championships in doubles, and also the first from the territory to win a Superseries.

In this interview, she looks back at her eventful career, and her plans for the future:

Have you planned on what you will do, now that you’ve retired?

I’m going to be coach at Mandarin Badminton Club in Toronto, and maybe also play a bit. Two or three national players, including Joshua Hurlburt-Yu, train there.

I’m very excited, and nervous as well. I haven’t been with family for a long time.

I will start with practical coaching first and adapting to it. I’ll keep improving myself. I’m not so sure about what’s going to happen. I’ll maybe do some coaching courses, to keep myself improving. I will try to stay updated.

What strikes you most when you look back at your career?

I met many friends recently and some were teammates who retired long ago. All of them were wondering how I could hang in there for 15 years without changing as a person. Like, I wasn’t tempted by anything but to train hard and play hard. So that touched me. This was said by people who observed me. In this fast-paced world, if you’ve to be yourself, it’s hard, right? That meant a lot. For 15 years, all the good and the bad, if they still see me as the me from day one, it’s an achievement that’s harder than anything else.

Whenever I go for tournaments, I do my best. For where I started, I achieved some history for Hong Kong China, I did a few things that I thought I couldn’t do.

How significant for you was the bronze at the World Championships 2017?

It was late for me already. But it shows that if you hang in there, things happen. I didn’t give up from day one until now. So it’s very memorable.

It was great to win the medal. The World Championships is different from the Superseries or any tournament. It happens once a year. It’s not about money. We fight for glory. That’s what I love about badminton. It feels great to see the flag from the podium. It’s quite different from other tournaments.

Sportsmanship is not about just money, right? 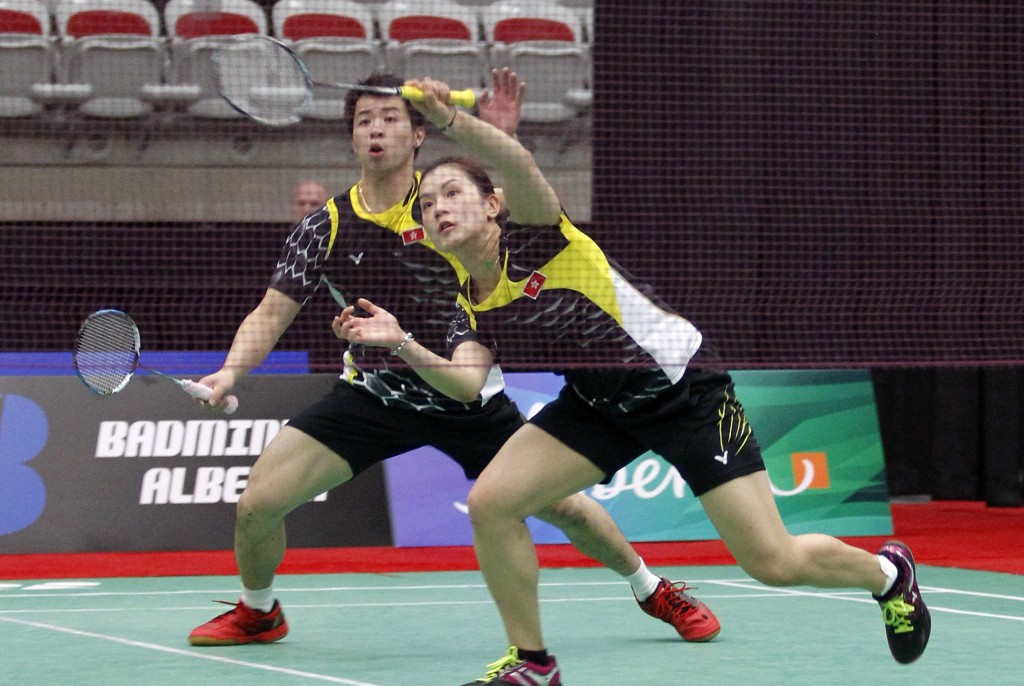 Cathy Chau with Lee Chun Hei, with whom she won her biggest titles.

What were the most memorable moments of your career?

I can’t really remember most of the winning moments. I treasure more how I’ve come to today. I’m quite weird, I think. I treasure how we work hard to get where we are, or how we got to the winning point.

Winning the Australian Open 2015 was history for Hong Kong. Everybody got so excited. I was quite impressed with myself. I had to keep improving myself, motivating and changing myself. That period, I had worked very hard. I was happy that all that change worked, and gave me the sense that I was on the right track.

Winning the Asian Championships (2014) was the first milestone. That was the first phase of my change. My coaches helped me: I could control myself and (yet) be passionate on court. I’m a person who holds back all the time.

How has mixed doubles changed over the years?

Back then the girls just stayed in the front, it seemed that all we could do was the net and good defence, and leave the back to the guys. From then to now, it’s changed to a form of men’s doubles. Everything is fast, girls also have to attack from the back. But now again it’s changing. All the players are smarter. It’s going to be fast-paced, so you can’t play many long rallies. 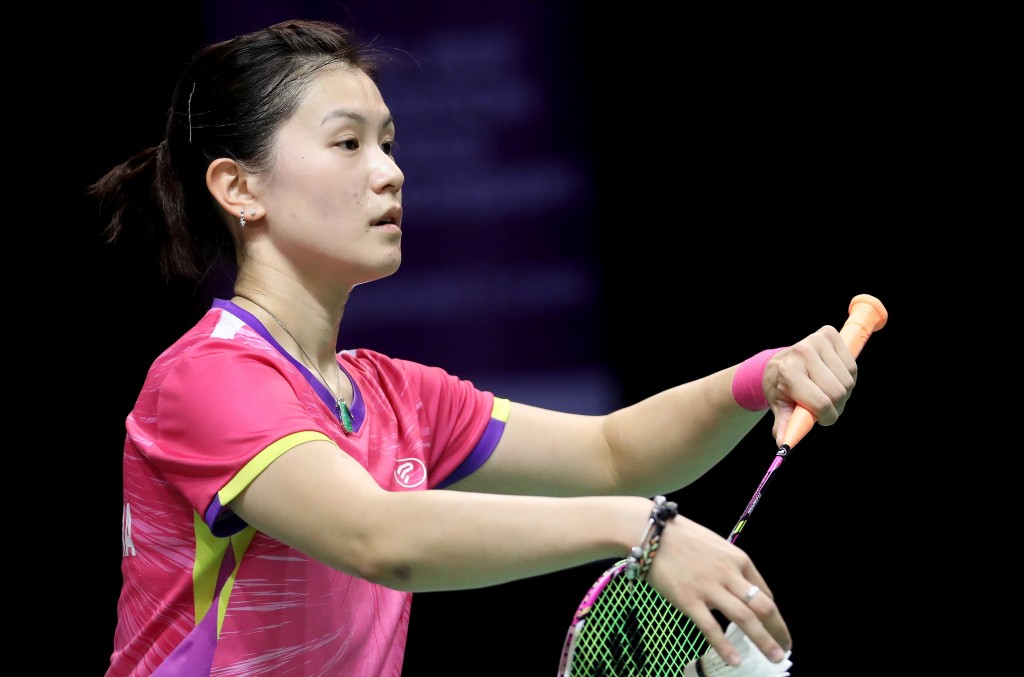 How did you evolve as a player to handle the changing requirements of the game?

I started with women’s doubles, so I was the strong one, the hitter. I’m not that skilful for mixed doubles. It took a while to train my skills in mixed doubles.

It was a big challenge. That’s why the Asian Championships 2014 was my first memorable title. Because I had trained for a long time at the net, I had to be fast, but play soft as well.

I train to cope with the new generation. I always like to motivate myself. If I have to play the game now, I have to observe what’s happening. I won’t stay where I am, I keep moving on.

Who were the toughest opponents you faced?

Liliyana Natsir and Tontowi Ahmad for sure. We played them many times, but every time I lost to them… final in the Asian Championships; semifinals at the World Championships. They were like the championship killer for us. They’re a different level of form, it was very challenging.

They were very smart and clever together. They knew their tasks really well. You can never see another pair doing their own job so perfectly. The skills of Natsir and Ahmad — the attack and placement of Ahmad, and how Natsir sets up the net shot. I remember how joyful I was to play them.

I love challenges, I love that the game is on!