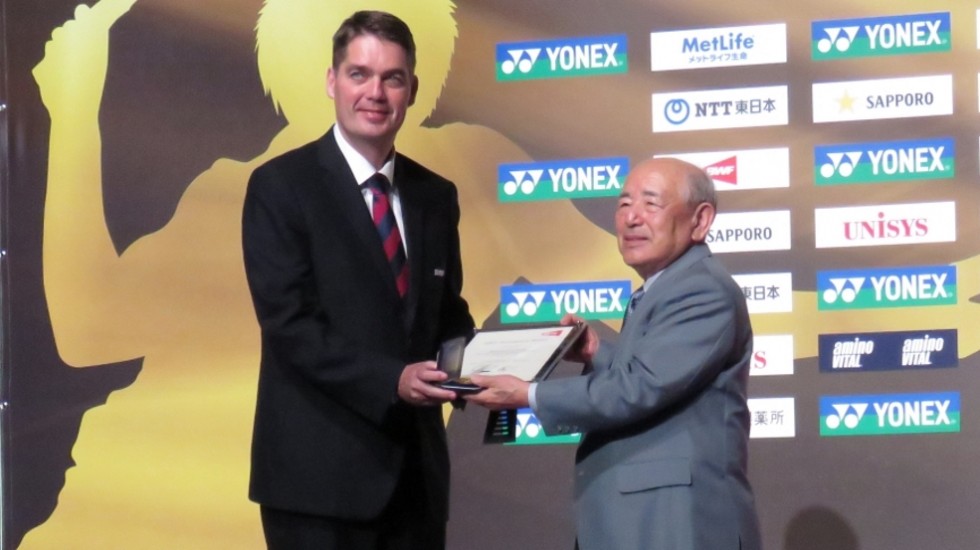 Minoru Yoneyama, founder of Japanese equipment maker Yonex, passed away last week in Japan at the age of 95.

The Badminton World Federation would like to extend its deepest sympathies and condolences to the Yoneyama family.

BWF President Poul-Erik Høyer said of Mr. Yoneyama: “We are all saddened to hear of the passing of a dear friend.

“Minoru was a strong player in developing badminton as a sport his entire life.”

Mr. Minoru Yoneyama’s contribution to badminton and the entire sports industry is truly exceptional. After World War II, during which he spent time as a soldier, he started a company dealing with wood products, going on to manufacture badminton rackets. 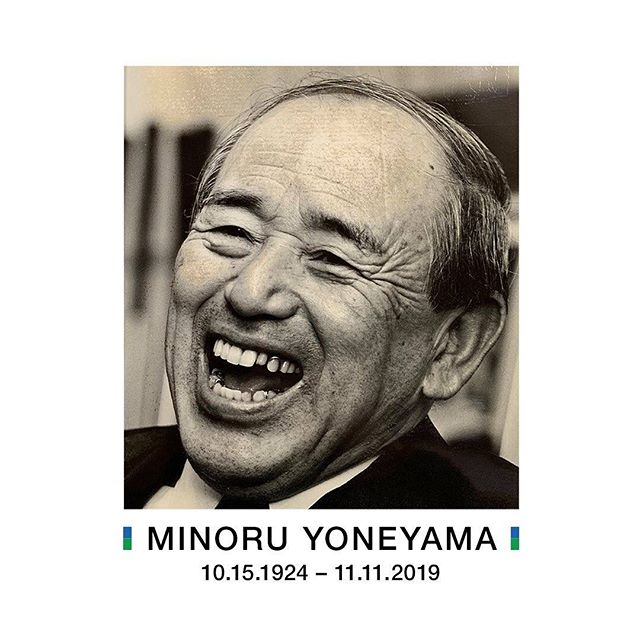 The company, initially called ‘Yoneyama’ and renamed ‘Yonex’ in 1982, was a pioneer in technological evolution of badminton equipment, beginning with wood and transitioning to aluminium and, later, carbon fibre.

Through the vision of Minoru and the Yoneyama family, Yonex has undoubtedly gone on to establish itself as one of the leading brands in badminton.

His resilience was put to the test when a Yonex racket factory burned down in 1963. Under Yoneyama’s leadership, the company resumed production in just three days.

As a company, Yonex has supported several major tournaments over the decades. Its title sponsorship of the All England since 1984 is among the longest-running associations between a brand and a major event.

It has steadfastly supported badminton even as the brand has diversified into other sports. A landmark sponsorship agreement between Yonex and the BWF in 1988 was testament to Minoru’s wisdom and leadership.

“Sports can bring peace to our world. I was given a path and an opportunity – to be a small part in contributing to world peace through the craftmanship of sports equipment,” was his guiding principle.

From the earliest days, Yonex sought out talented played to endorse the brand. Indonesian legend Rudy Hartono was among the early greats who was a Yonex brand ambassador.

President Høyer was another such player and it was with great pleasure in 2015 that President Høyer awarded Mr. Minoru Yoneyama the BWF President’s Medal in recognition of his extraordinary services to the sport.

“I am proud to have been a part of the Yonex family during my active career and it was an honour to be a friend of Mr. Minoru Yoneyama,” Høyer added.

The Yonex-BWF partnership has contributed greatly to the further development of badminton globally over many years and the sport is honoured to have been associated with a man of such stature.