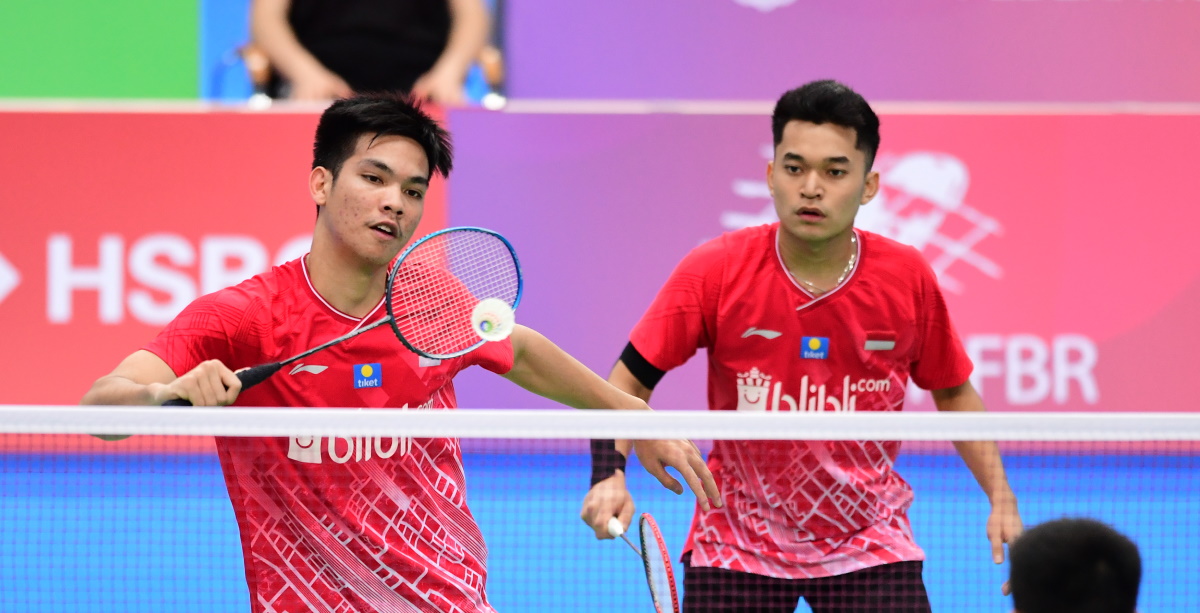 After two reverses on the final day of the BWF World Junior Championships 2019 earlier this month, there was much joy – and relief – in the Indonesian camp when Leo Rolly Carnando and Daniel Marthin clinched the men’s doubles title.

It was Indonesia’s first victory in that category after the tournament’s inaugural year in 1992.

Carnando and Marthin were prominent among those who generated buzz at the World Junior Championships. It might be premature, but they are already drawing comparisons with some of their accomplished senior compatriots. 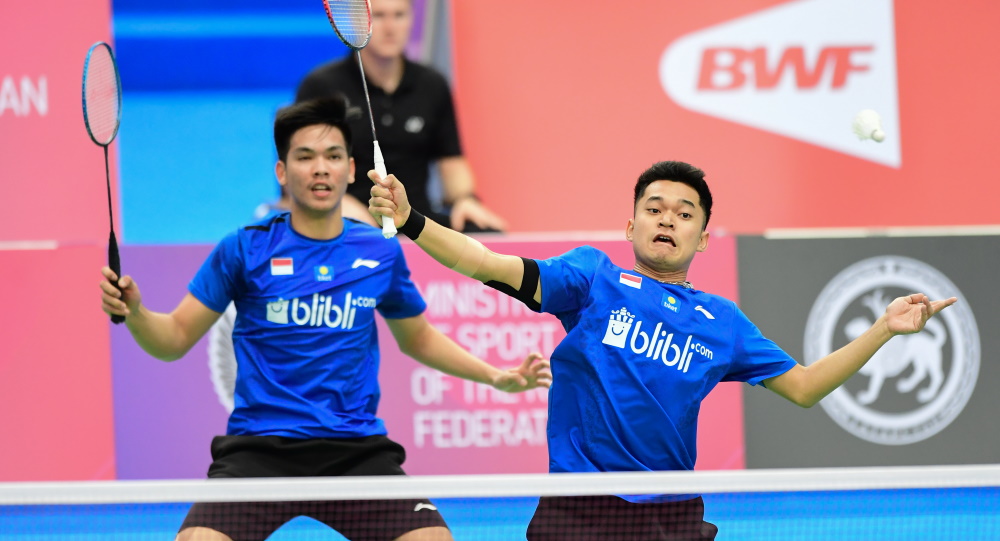 Carnando’s skills at the front are attracting high praise.

Former Olympic champion Alan Budi Kusuma has little doubt that they are well on the way.

“Leo, at the front, is very fast and very accurate. He’s a lot like Kevin Sanjaya. Daniel is very powerful. So they are the future of men’s doubles,” said Kusuma.

“They’re of the same standard. This is their last year in the juniors. Next year they can start playing the senior level and I believe they will do well.”

The two were instrumental in Indonesia’s first victory of the Suhandinata Cup, the World Junior Mixed Team Championships. Carnando and Marthin won all their matches – with each other and with other partners.

In the individual tournament that followed, Carnando and Marthin won all six of their matches in straight games, beating defending champions Di Zi Jian/Wang Chang in the final. Carnando, defending his mixed doubles title with Indah Cahya Sari Jamil, fell in the final to China’s Feng Yan Zhe and Lin Fang Ling.

The same four pairs were finalists at the Badminton Asia Junior Championships in July, which ended with Carnando winning a double. 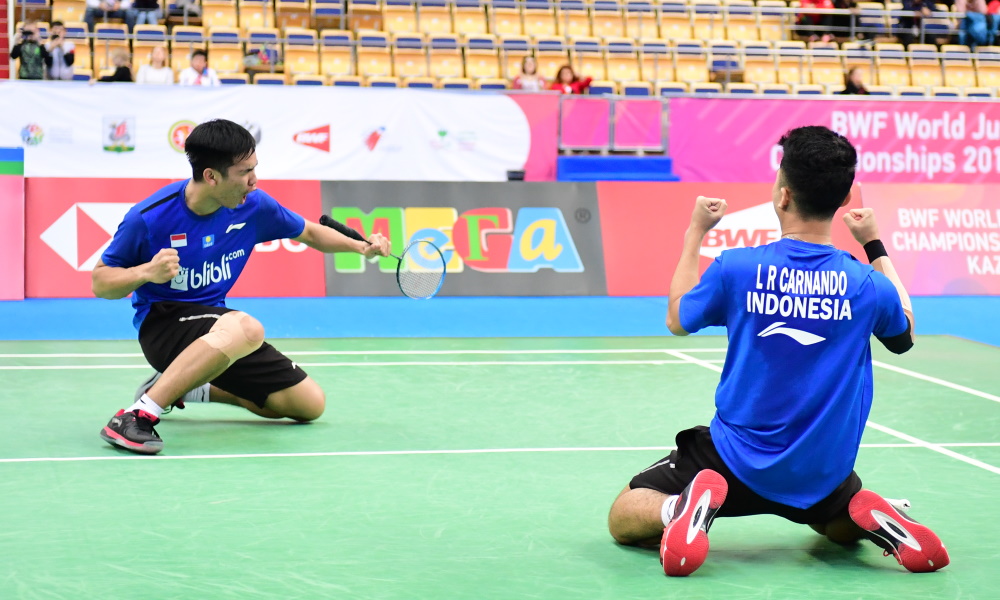 Carnando’s skills, particularly in his creation of openings with his abrupt angles and inventive shotmaking, are drawing attention, while Marthin’s power from the back gives him the ability to kill exchanges.

The Indonesians were runners-up at the German Junior 2019. After a first round loss in Osaka and a quarterfinal in Vietnam – both International Challenge tournaments – the Indonesians captured three titles in a row, including the Asian Junior Championships.

“I was hesitant and tense. I would have questioned myself if I had lost the men’s doubles final. I feel happy to be a champion because Indonesia has not been able to win the junior world title in men’s doubles for a long time,” said Carnando, while his partner Marthin thanked their club PB Djarum and their childhood coach Ade Luke for pairing them up for the first time.

It is of course too early to predict how far they will go, or to even compare them to proven stalwarts. The early signs appear promising, and all of Indonesia will be rooting for them.