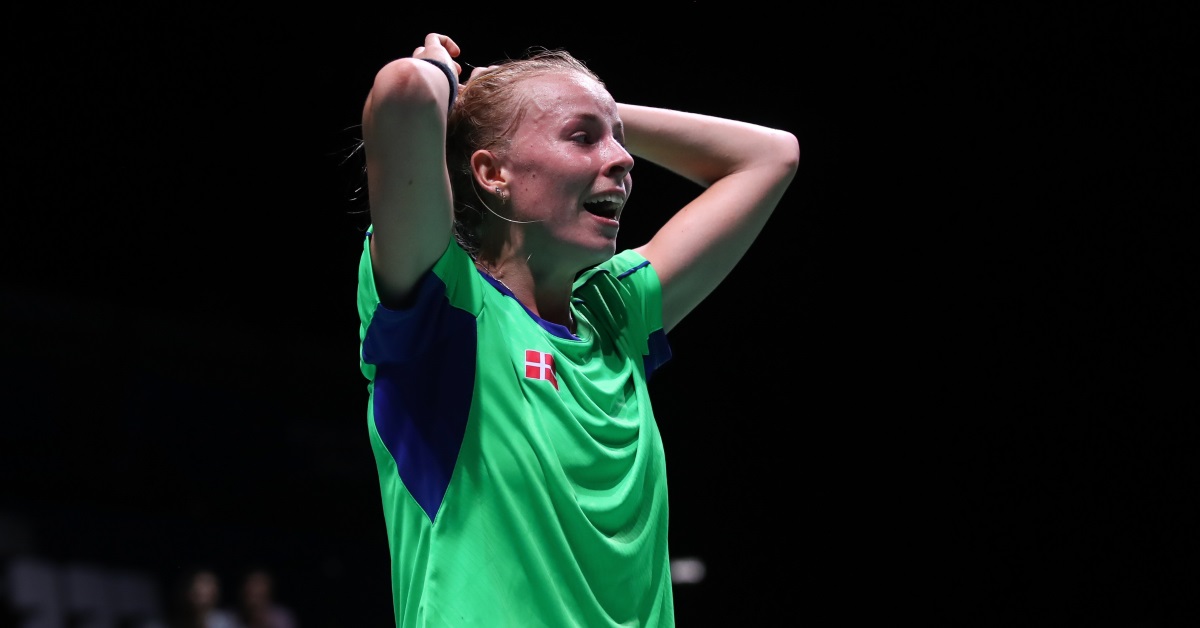 It was the first victory for Blichfeldt against Gilmour at the international level, and for the 21-year old Dane the victory was emotional.

“It is amazing. I do not have words for it. I have been struggling a lot, but I fought my way back into the tournament,” Blichfeldt said.

“When I was leading in the second game, I told myself not to think about winning the gold. Kirsty is a fighter and I knew I had to play all the rallies to the end. I am so happy that I finished it.”

Off court Blichfeldt and Gilmour are good friends, and the Scottish badminton star congratulated the Dane after the final.

“I’m sure this is not the last battle we will have. Today it came down to who was doing best in that hour, and that was Mia,” Gilmour said. 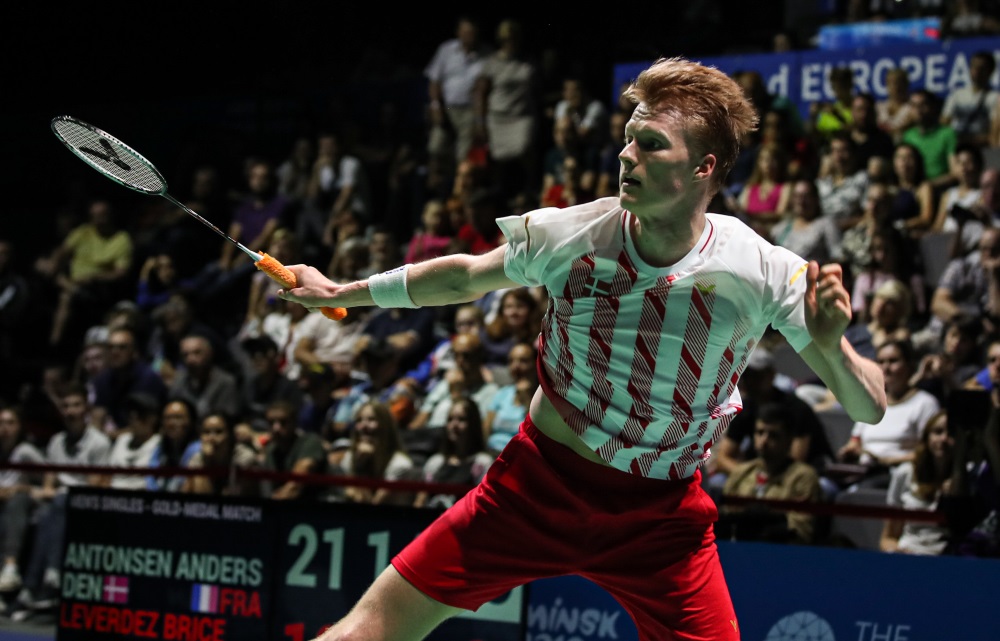 Anders Antonsen has since the beginning of the European Games been the favourite to win the men’s singles gold.

In the final, Brice Leverdez took the lead in the beginning of the first game, before Antonsen gained control after the interval.

In the past Brice Leverdez has proved that he can beat the best players in the world, and he fought back to take the match to the deciding third game. Antonsen showed he was up to the task as he outplayed the Frenchman 21-18 14-21 21-10.

“It feels good. It is always nice to claim a title, and this one it one of the bigger ones, so it feels good,” Antonsen said.

“It was nice (to see the flag go up). You are standing and thinking how you came here and what you have been through to achieve a title like this. It makes everything worth it.” 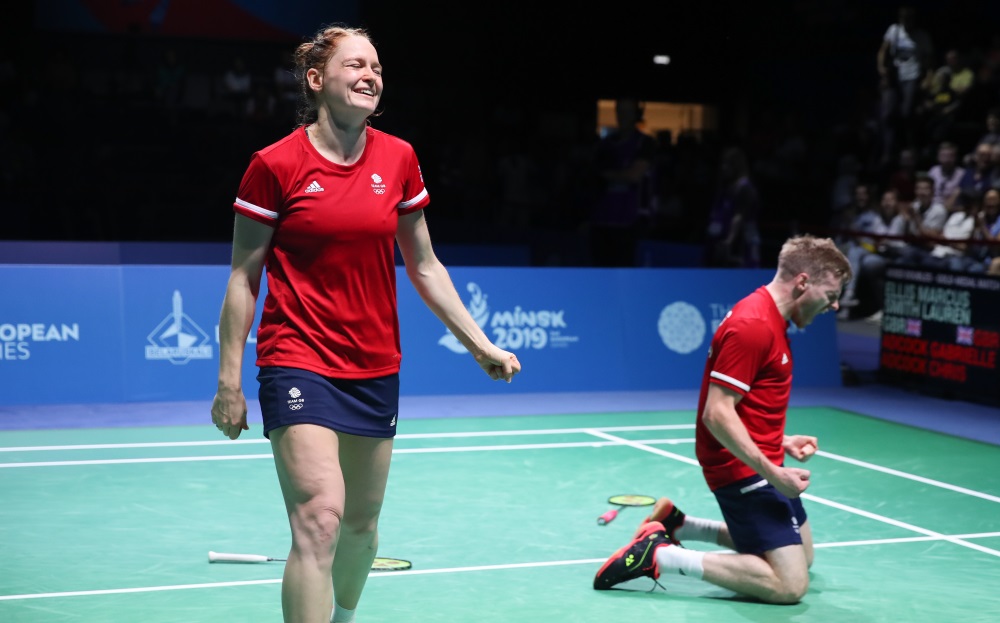 Marcus Ellis and Lauren Smith are ecstatic after winning the mixed doubles.

The top seeds, Chris Adcock and Gabrielle Adcock, have won back-to-back European Championships. The final of the European Games was a rematch of the 2018 Commonwealth Games final, where the Adcocks came out on top against their countrymen Marcus Ellis and Lauren Smith.

It was a different story yesterday with Marcus Ellis and Lauren Smith coming out strong and keeping the momentum to triumph 21-14 21-9. It was the second title for Ellis after he and Chris Langridge won the men’s doubles.

“I have aimed for this sort of title for years now. You want to be on the podium and the British flag to go up for us. It was a very emotional moment for me. We have worked so hard for hard for this,” Lauren Smith said.

Top class badminton at its must see best. https://t.co/Hzv4xKdVkm