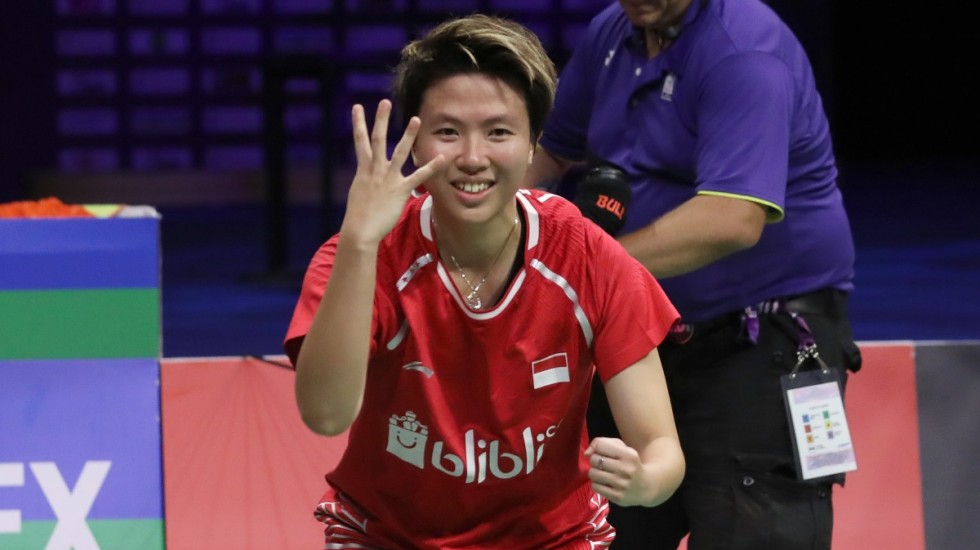 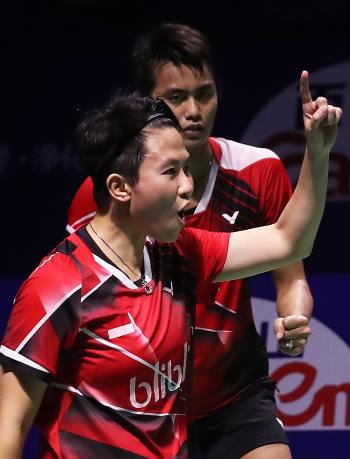 Even in her last match, Natsir showed just why she has remained among the world’s best mixed doubles players for a decade and a half.

Up against the current world champions Zheng Siwei and Huang Yaqiong, Natsir piloted the challenge despite the emotional farewell she had been accorded before the start of the finals. At the net she was unflappable, creating openings for her partner Tontowi Ahmad, who, however, had one of his off days. The Indonesians faded away in the third game, and Natsir couldn’t cap her brilliant career with a last title victory.

Still, that was a relatively minor detail in a career that glittered with multiple achievements: an Olympic gold and silver, four World Championships crowns and three straight All England victories, among others.

At their best, Natsir and Ahmad stood out from other pairs in the essence of their free-flowing, quick-scoring style, which was dependent on finesse and clever placement.

On-court rival Goh Liu Ying, who finished second best with Chan Peng Soon to the Ahmad/Natsir combination in the Rio Olympics final, hailed her as the best opponent she’d faced: “I respect her as a really good opponent. She’s a very good net player, she can set up very well for her partner. I think in front of her I had a bit of a disadvantage. Her placing at the net is really good – it’s not just hard balls, it’s soft balls. Her interceptions too were really good.” 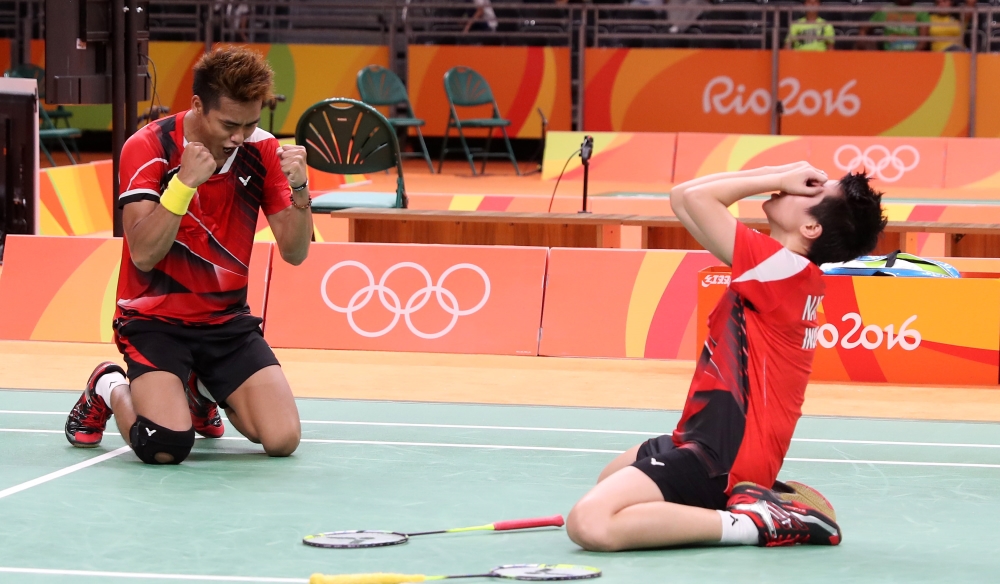 Asked to compare Natsir with other accomplished front court players like Zhao Yunlei and Huang Yaqiong, Goh said: “She’s the best, I think.”

Another player she often faced at the net – compatriot Debby Susanto – also had high regard for her on-court rival and friend: “The most difficult opponent was Liliyana. She’s the best player in the front line, it was difficult to beat her. She’s perfect for the (role of) woman doubles player. She has great skills. I respect her the most. It’s interesting that we are retiring at the same event. We are good friends, we were roommates when we travelled. We share our thoughts and we did discuss retirement. She’s a good friend to share your thoughts with. but she also works hard and that makes it hard to beat her.” 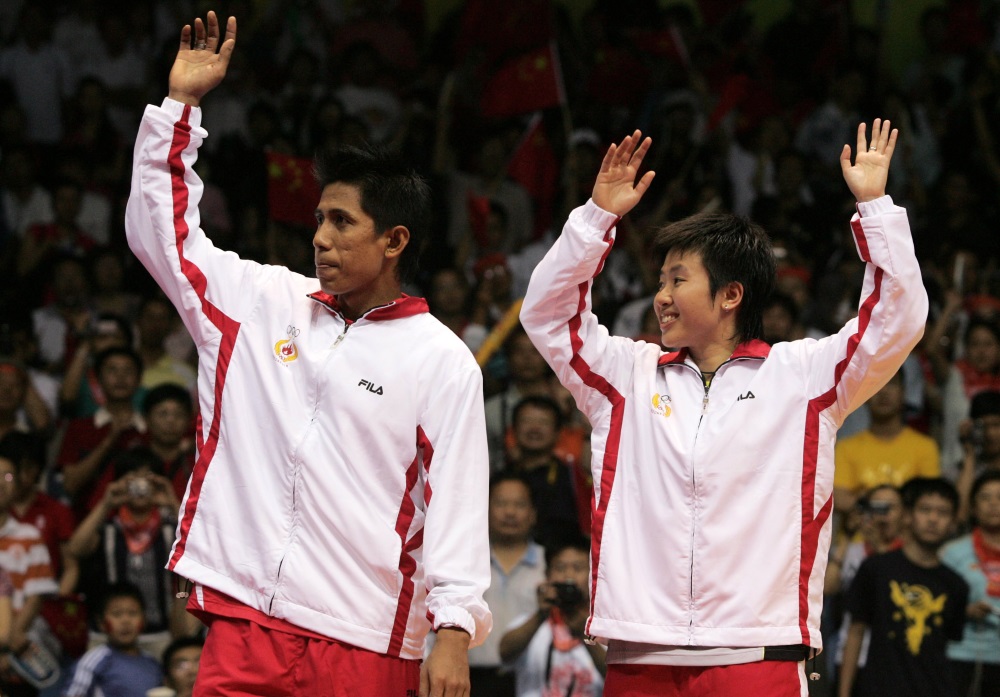 With Widianto easing out of international badminton, Natsir teamed up with Tontowi Ahmad and the two quickly established a strong partnership. The ‘Owi-Butet’ partnership won bronze at the 2011 World Championships and followed that up with victories in 2013 (from two match points down in the final) and 2017. Three straight All England titles – from 2012 to 2014 – and gold at the Rio Olympics in 2016 established Ahmad and Natsir among the finest pairs in badminton. 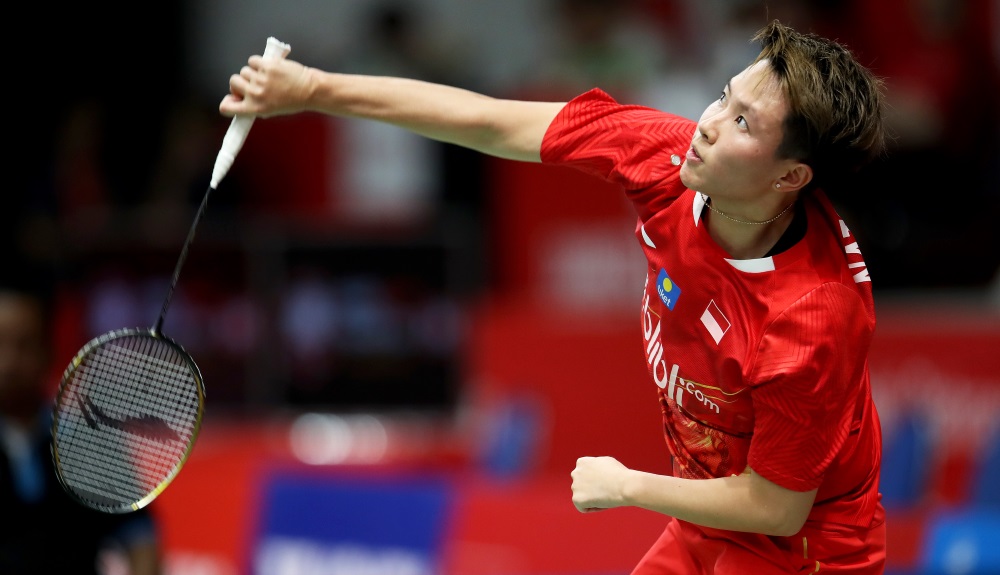 Ahmad conceded that their accomplishments would not have come without Natsir’s constant urging to achieve excellence: “Liliyana is the complete player. She has great skills; her mindset is amazing and she has the right attitude to be a role model. She has been like a big sister to me on court.

“In my experience in this partnership, winning the All England title three consecutive years and the World Championships was due to Liliyana’s constant guidance. She kept me focused and never eased up. She wanted us to keep going strong and have a winning mentality. There were rarely times when we would have our guard down. There was no place for weakness in our partnership.”