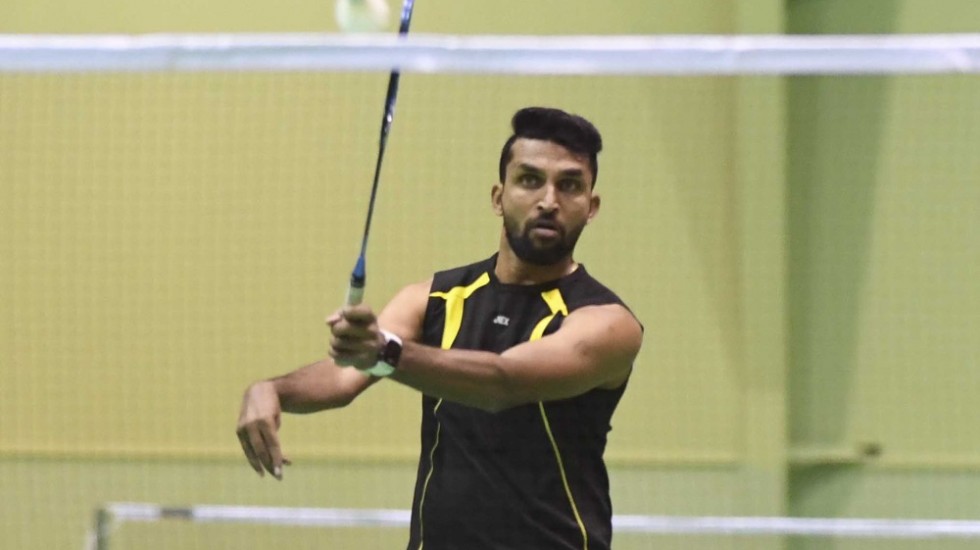 “The Spanish player who I usually play with wasn’t able to play so it has been a challenge to play with Rukaendi. I would like to get higher in the world rankings with the aim of eventually becoming European champion and maybe place on the podium at a future World Championships or Paralympic Games,” said Haller.

The pair finished the day with two comfortable wins and one loss. The match against the Indians had the crowd on the edge of their seats.

Most of the favoured names continued to lead the charge through day two.

Exhilarating badminton action continued throughout the afternoon with several doubles matches lasting over 40 minutes. The Indian pair of Indian pairing of Pramod Bhagat and Sukant Kadam showed quick reflexes, steep smashes and tight net play in overcoming the second seeds from Japan, Daisuke Fujihara and Toshiaki Suenaga, 16-21 21-16 21-13 in Group B of the Men’s Doubles SL 3 – SL 4. The Indians completed their group assignments with three wins in three matches.

Phonexay Kinnavong (Australia) and Corrie Keith Robinson (New Zealand) put up a defiant performance against the first seeds from Indonesia, Dwiyoko Dwiyoko and Fredy Setiawan. In the Men’s Doubles SL 3 – SL 4 group match, the Oceanian pair lost 21-18 21-17 against the favourites.