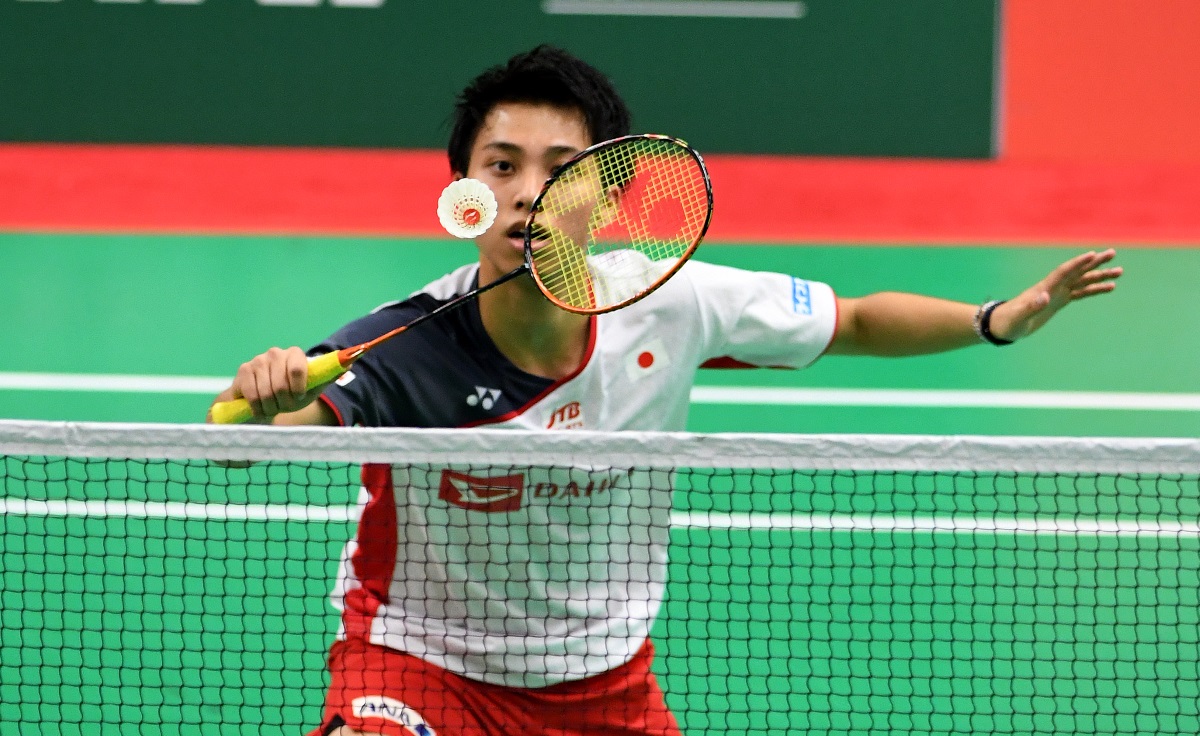 In a match that saw fortunes swing dramatically both ways, Japan’s Naraoka (featured image) came through in 85 minutes, 21-11 19-21 21-17, to shut China out of contention for the singles gold medals. Both of China’s Women’s Singles semi-finalists had earlier fallen. 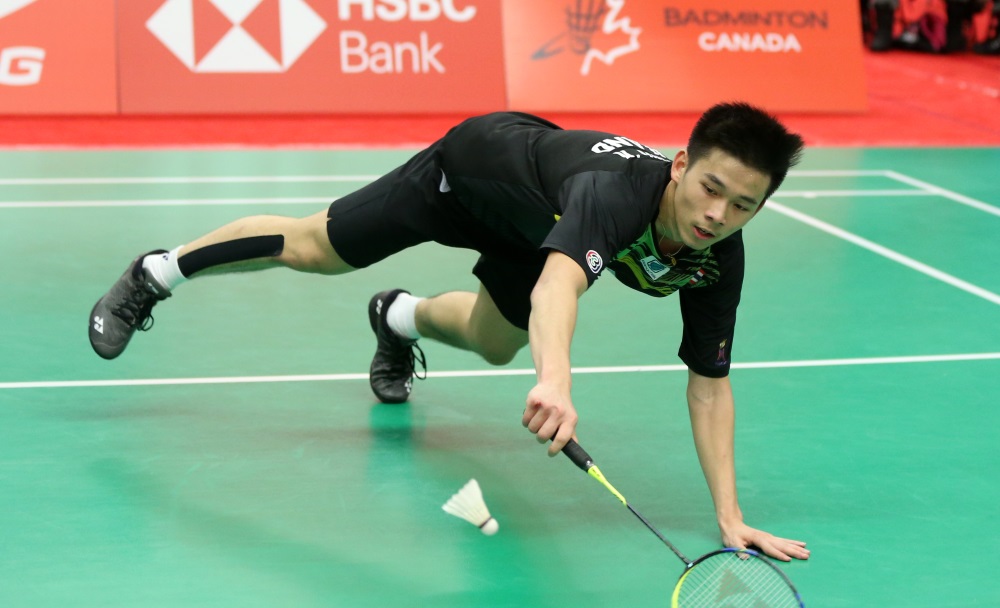 While there were closely contested matches, the one that stood out was Naraoka’s against Li Shifeng, for sheer gutsiness on either side. Naraoka had showcased his defensive stubbornness in his Mixed Team win over Li Shifeng, but it was a different match today. Naraoka was far more aggressive to begin with, pocketing the first game quickly and running up a 19-13 lead, just two points from a place in the final.

But Li Shifeng wasn’t one to go down without a fight; playing a percentage game, he clawed right back with eight straight points to take the match to the decider.

Baseline-to-baseline duels lit up the action, each challenging the other in a war of attrition. With the scores neck-and-neck, Li Shifeng decided on a gambit, going for more daring angles; Naraoka refused to bite the bait and stuck to playing safe. The match eventually swung for the Japanese after 85 minutes.

“He was well prepared today,” acknowledged Li Shifeng. “I was more aggressive but he played very safe and steady.” 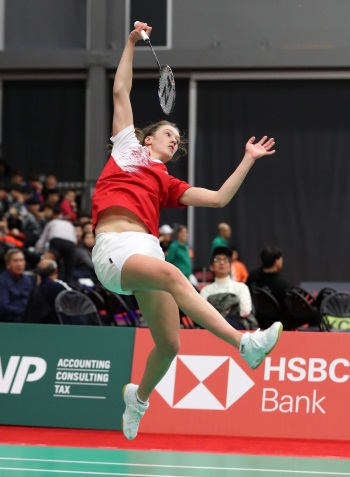 The Dane was lucky on the third game point, as Wei served into the net. Christophersen didn’t waste the opportunity as she converted her match point soon after: 21-18 23-21.

“I think she played a good second game. I just tried to play the shuttle around and be ready in my legs. I wasn’t too nervous when she had three game points – I could play free as I had the first game.

“I’m very happy right now, never thought I could come this far. I wanted to play free and she felt the pressure. It means a lot to me to know that Denmark have a chance in the final.”

Her opponent will be Goh Jin Wei, who made light of the challenge from China’s Wang Zhiyi, who had run her close in the YOG final and beaten her last week at the Mixed Team event.

Goh was sharp on all counts, with her shots precise and netgame tight. Wang, on the other hand, looked increasingly weary as the match went on.

“This win was tougher than the YOG,” Goh said. “We had to play more rounds here to get to the semifinals. I just fought hard, played without pressure. I’ve never played Line before, so I have to prepare by watching some videos.”

Apart from the two singles, China were out of contention in the Mixed Doubles too, with Indonesia assuring themselves of the gold. 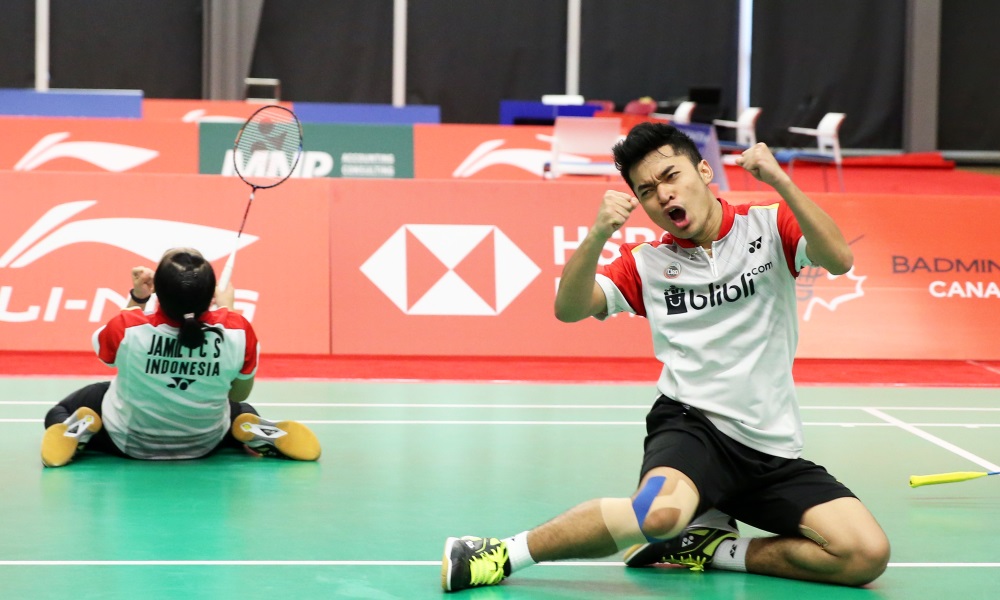 China have a shot at a second gold when top seeds Di Zijian/Wang Chang face Korea’s Shin Tae Yang/Wang Chan. The Chinese won the shortest match of the day at 28 minutes over Thailand’s Thanawin Madee/Wachirawit Sothon, 21-15 21-10, while Shin/Wang were equally at ease against China’s Liang Weikeng/Shang Yichen 21-12 21-15. 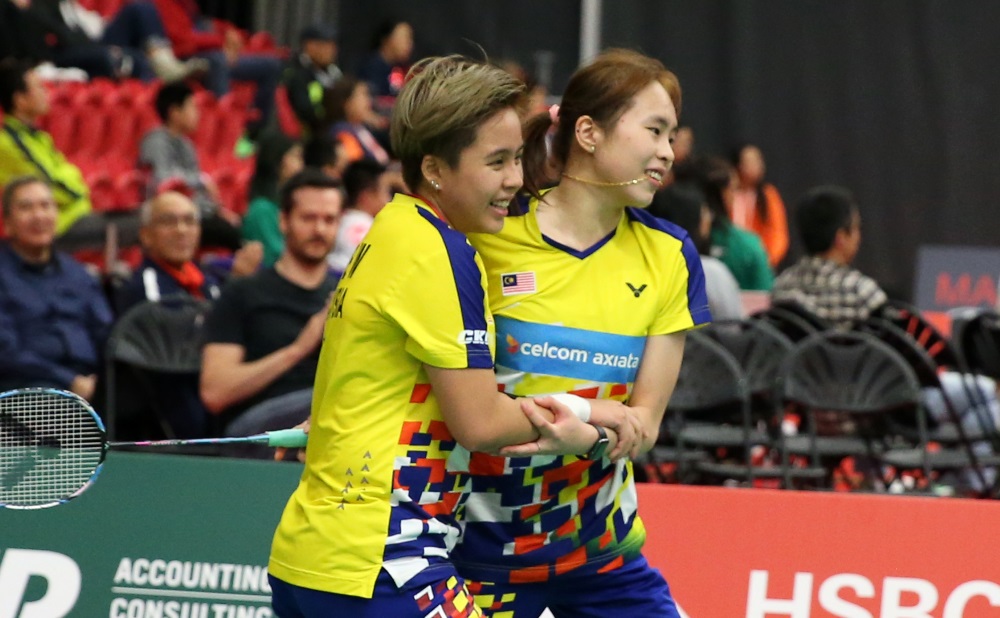