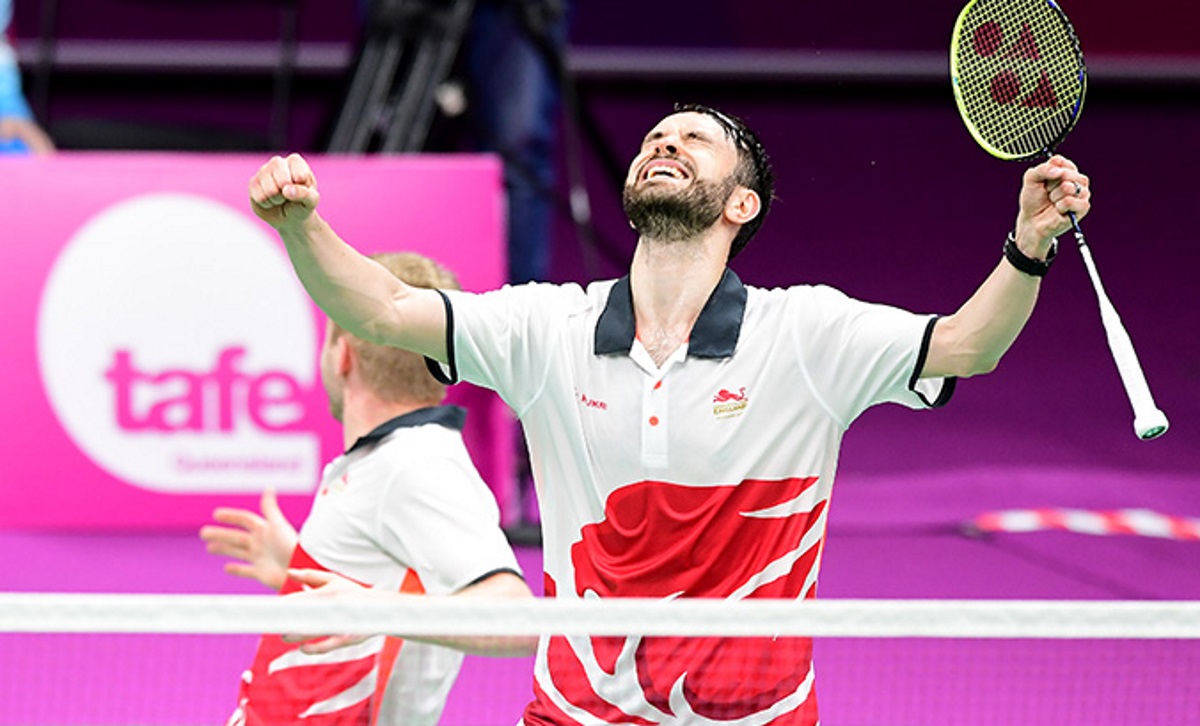 England enjoyed rich pickings on Saturday, winning all their doubles matches to be assured of one gold and in contention for two more. He will take on Kidambi, who had relatively lesser trouble from England’s Rajiv Ouseph as he clinched the match in 31 minutes: 21-10 21-17. The final will be Kidambi’s first big test after he turned No.1 last week and will present Lee will a chance of revenge after losing to the Indian in last Sunday’s Mixed Team final.

Saina Nehwal, champion in 2010, had her hands full in fending off Scotland’s Kirsty Gilmour. The Scot took the second game and stayed in sight until the end, but Nehwal ultimately pulled away for a 21-14 18-21 21-17 victory. Her opponent in the final will be compatriot Pusarla, who powered her way past Canada’s Michelle Li 21-18 21-8. Goh and Tan picked up the consolation bronze for Malaysia, beating Dias and Goonethilleka in straight games.

The only Malaysians in the finals, apart from Lee Chong Wei, are the Women’s Doubles pair of Chow Mei Kuan/Vivian Hoo, whose opponents, Ashwini Ponnappa/Sikki Reddy, crumbled when the match went into the third game: 17-21 21-15 21-4. England continued to make a sensation with Chris Adcock/Gabrielle Adcock and Marcus Ellis/Lauren Smith ensuring the gold for their team. The Adcocks thwarted Malaysia’s Chan Peng Soon/Goh Liu Ying’s ambitions, 21-19 21-17, while Ellis/Smith held their nerve in a close duel with India’s Rankireddy/Ponnappa, 20-22 21-18 21-16.