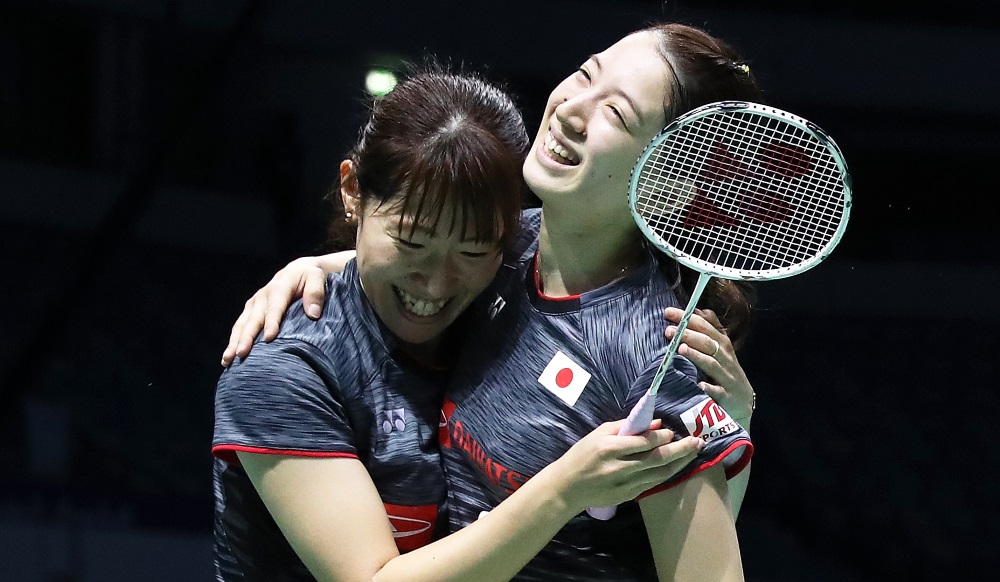 Another defending champion to exit the event was Women’s Doubles duo Chen Qingchen/Jia Yifan (China), who crashed to their second defeat in Group A.

Tai paid the price for falling in straight games in yesterday’s group match to Intanon. Chen needed a win today to ensure her place and she got to a strong start, staying steady at the end of a tense first game after Intanon had sneaked up on her with six straight points. The Thai rode that momentum to take the match to a decider, but it was Chen again who set the pace in the third.

Anticipating Intanon’s deceptive game well and judiciously using her attack, the Chinese held the upper hand throughout, but Intanon kept herself in the hunt. The Thai produced a sparkling spell from 5-13 down, and she nearly drew level at 15-16 after conjuring a mesmerising drop shot.

Just when the momentum seemed to be going her way, a couple of unsteady points by Intanon undid the hard work and Chen was on her way.

Two Women’s Doubles places from Group A were decided in the same session. With all four pairs evenly poised with a win and a loss each, there was everything riding on the last two group matches between China’s Huang Yaqiong/Yu Xiaohan and Korea’s Chang Ye Na/Lee So Hee and Japan’s Shiho Tanaka/Koharu Yonemoto (featured image) and China’s Chen Qingchen/Jia Yifan.

Huang and Yu were nearly brutal in decimating Chang/Lee. The Koreas struggled to come to terms with the relentless attacking game of the Chinese, as they went down 21-12 21-14.

Tanaka/Yonemoto showcased a different style, turning on their precise and steady defensive game to wear out the World champions. “We used the width of the court really well,” Yonemoto said. “We’ve beaten them twice before. At the Singapore Open, we had the lead but they caught up with us, so we were cautious even when we had the lead today, we were aware they could catch up with us any moment. We worked well together. We’re so happy to be in the semi-finals of our first Dubai tournament. It will be nice to end the year with a good result.”

In Mixed Doubles, China’s Wang Yilyu/Huang Dongping finished on top of Group B with a 21-9 11-21 21-11 result over Indonesia’s Tontowi Ahmad/Liliyana Natsir. Much the same pattern was seen in Women’s Doubles Group B, with Denmark’s Christinna Pedersen/Kamilla Rytter Juhl falling in just 37 minutes – 21-12 21-12 – to Japan’s Yuki Fukushima/Sayaka Hirota in their final group match. Both pairs had already qualified to the semi-finals with two wins each.