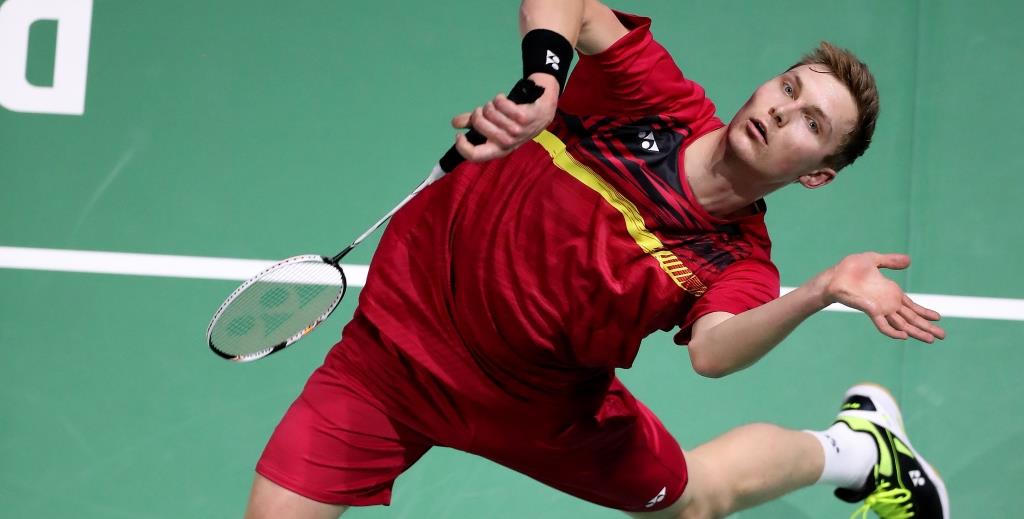 While the imposing Dane polished off Kidambi Srikanth in straight games in just 38 minutes, it took a gritty comeback by Tai to quell fast-rising talent, Chen Yufei; the Chinese Taipei star prevailing 15-21 21-12 21-17 in 64 minutes.

In a performance that will make other rivals at the season-ending classic sit up, the nimble world No.1 brought her best when it mattered most. Facing a five-point deficit at 9-14 adrift in the decider, Tai unleashed an astonishing flurry of unplayable strokes – blended with resolute defence – that swept her past the 19-year-old Chinese who had threatened to cause the day’s biggest upset.

A stunning cross-court retrieval of a shuttle, struck deep to Tai’s forehand, left a shocked Chen sprawled on the court and signalled a turning point in fortunes, though Tai still trailed 10-14 at that stage. Not for long though, as the 23-year-old intensified her attack, drawing errors from her opponent as she raced to the finish of their Women’s Singles Group B clash. “I didn’t start well and I was nervous. In the second game, I tried to relax and be more patient to reduce my mistakes. It was very important to win this first match but it wasn’t easy,” said the relieved winner.

“Every time I play Chen Yufei, it is more and more difficult. She is getting better.”

A somewhat disappointed Chen rued not capitalising on her early inroads versus the champion but conceded that Tai’s skills are superior to hers.

“I had hoped that I could win but she is better than me,” said the Chinese adjudged the BWF Most Promising Player of the Year for 2017. Another athlete left pondering their future in the tournament was Kidambi who flattered to deceive against rampant rival, Axelsen; the 23-year-old World champion steamrolling his Indian counterpart 21-13 21-17 in their Men’s Singles match.

“Today my attack was really good. It was important that I didn’t give too many chances away. I started a bit slow but I came out on top and that’s what’s important,” said a confident Axelsen (featured image).

“It’s a good start. To win in straight games is really important. There are tough matches all around and you have to play well every day.”

By contrast, Kidambi – who turned in a patchy performance – acknowledged he must improve significantly if he is to fulfil the potential that saw him lift four trophies on the MetLife BWF World Superseries tour this season.

“If I continue doing this, I don’t think I can go forward. I started well but then I made simple mistakes and I can’t afford that at the highest level. Viktor played well in the crucial moments; when it mattered. He played aggressively and his attack was on target for most of the match.” There was some joy for Indian fans though as star girl, Pusarla V Sindhu, held off a robust challenge from He Bingjiao. Producing a display of deft slicing and crisp smashing, the Chinese contender worked her way into the Group A Women’s Singles encounter to force a decider against Pusarla. The latter appeared in control at 13-8 ahead only to see her advantage whittled down to 17-16, but she held her nerve to pull through 21-11 16-21 21-18.

In Mixed Doubles, there were also contrasting wins for reigning Olympic and World champions, Tontowi Ahmad/Liliyana Natsir, and defending Dubai title-holders, Zheng Siwei/Chen Qingchen of China. The latter breezed past Japan’s Kenta Kazuno/Ayane Kurihara (21-16 21-12) while the Indonesians were stretched to three games by their English opponents, Chris and Gabby Adcock, before winning 21-18 18-21 21-14. Denmark’s Women’s Doubles aces, Kamilla Rytter Juhl/Christinna Pedersen, were back in the groove with a 21-18 21-10 triumph over Jung Kyung Eun/Shin Seung Chan of Korea.

“I am happy to be back on court at nearly 100 per cent. It feels great and this is a really good start for us,” said Rytter Juhl, recently recovered from an injury to her left thigh.

While she and Pedersen would love to win the coveted title, they cautioned there is “a long way to go” and their first priority is to reach the semi-finals and take it from there.