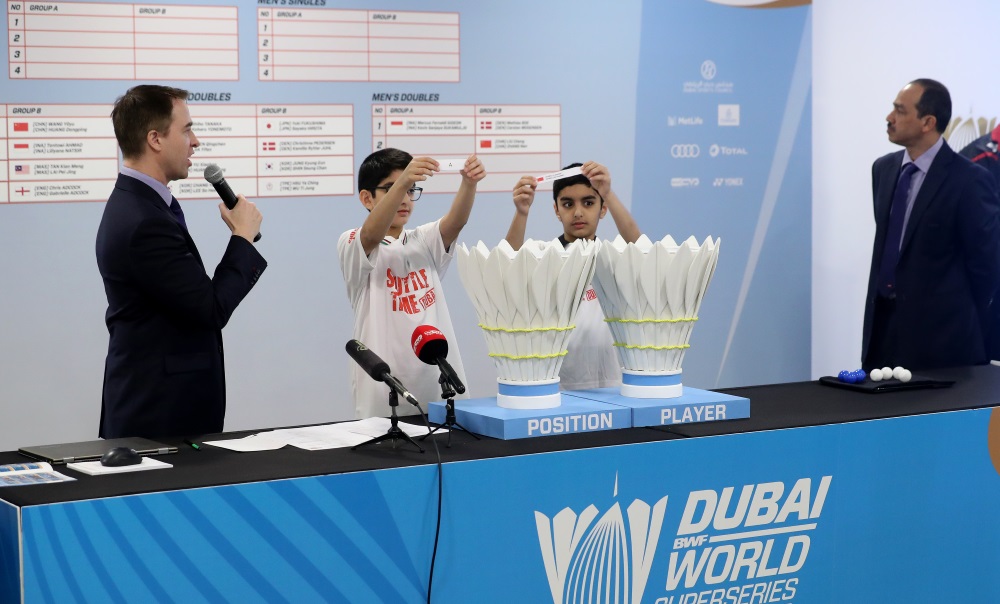 Two contenders for this year’s Male Player of the Year award – Viktor Axelsen and Kidambi Srikanth – have been drawn into the same group for the Dubai World Superseries Finals.

The season-ending finale in Dubai, featuring the eight best players and pairs of the MetLife BWF World World champion Axelsen of Denmark and India’s Kidambi – winner of four Superseries this year – will match wits in their group encounter after they were drawn into Men’s Singles Group B. Their group-mates are China’s Shi Yuqi and Chinese Taipei’s Chou Tien Chen.

“I’ve never played Shi Yuqi; I’m looking forward to that,” said Axelsen, the defending champion. “There are no easy matches in this event. It’s different from other tournaments; you might lose early but you still have a chance to progress. We’re more used to a knock-out system. I enjoy playing here. Everything has been great at this tournament.” “There are going to be some long matches,” anticipated Pusarla, looking at the draw. “Of course Nozomi (Okuhara) and Carolina (Marin) weren’t able to make it, but the other top players are here. I have to play my game and I need to concentrate on each match. Since the semi-final places might be decided by the number of games won and lost if the players have an equal number of wins, it’s important to try to win every game.” Sukamuljo was modest about his expectations despite his trail-blazing run with Gideon in Men’s Doubles this season: “All the top eight pairs are of equal strength, and each has the same opportunity to progress,” he said. “We will try to make the final. We have done well this year but we want to better our record. There is no secret; both of us have the same objectives and we’re thirsty for more titles.”

Women’s Doubles Group A could well be called the ‘Group of Death’. World champions Chen “We love playing here,” said Gabrielle Adcock, “We believe when we’re playing well we can beat anybody. You feel extra special here, there’s a bit of glitz, and the players are treated very well, so you also tend to play better.”

H.E. Saeed Hareb, while welcoming the players to Dubai, outlined the impact the Dubai World Superseries Finals has had on badminton in the region. “We are pleased to have the world’s best badminton players in Dubai. Over the last three years, the Finals have been fantastic and I’m confident this year will be better.

“Since we started, the number of players in Dubai has increased. Now there are more than 10,000 children who are playing badminton. This is important to us. The numbers of children playing badminton in schools has increased. Dubai Sports Council has supported this and we feel this effort has been worth it. We hope some of our players will eventually be playing in the Olympics.”

BWF Secretary General Thomas Lund hailed Dubai as one of the favourite destinations of the badminton fraternity. While thanking BWF’s partners Dubai Sports Council, Falcon and Associates, and the royal family, Lund noted: “Thanks to this partnership, badminton has enjoyed significant success and publicity in Dubai and the wider Middle East and we are optimistic there are bigger things in store for the sport in this region in the near future, especially with the establishment of the United Arab Emirates Badminton Association last year.

“We are pleased to have some great talent showcasing their skills this week. The setting for this event has always brought out the best in players and I have no doubt that we will have another spectacular finish to what has been an incredible season.”

Here are the draws: