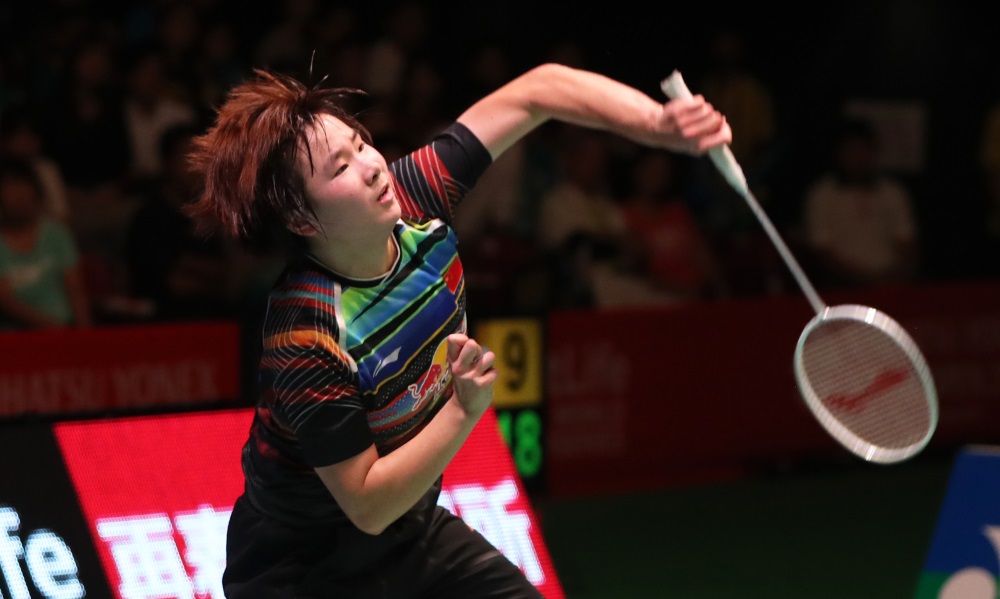 He Bingjiao was one of the few players to beat Tai Tzu Ying last year. When Chen Yufei fell in the quarter-finals of the Yonex-Sunrise Hong Kong Open last month, it marked the first time China had been shut out of a Women’s Singles title through an entire World Superseries season. And while the season finale in Dubai stands outside the 12-event strong circuit, it does give the two Chinese an opportunity to tote up a title win.

What makes this statistic so remarkable is that China were the sole superpower in the women’s game not so long ago. In 2010, despite the presence of players like India’s Saina Nehwal, Denmark’s Tine Baun, Germany’s Juliane Schenk and Korea’s Sung Ji Hyun, China won eight Superseries (excluding the World Superseries Finals); a year later they did even better, winning 11 Superseries – the sole exception being Thailand’s Porntip Buranaprasertsuk at the India Open!

The dominance continued through 2012, with Li Xuerui hitting her peak early in her career. China won seven Superseries that year and in 2013.

China continued to do well even in the face of increasing competition from the likes of Nehwal, Thailand’s Ratchanok Intanon, Chinese Taipei’s Tai Tzu Ying, Japan’s Akane Yamaguchi and Spain’s Carolina Marin. The powerhouse dominated the 2014 Superseries season with nine titles. It was only in 2015 that the tide turned perceptibly, with Marin, Nozomi Okuhara, Yamaguchi, Tai, Pusarla V Sindhu and a few others establishing themselves. The change in fortunes was stark – China won just three Superseries in 2015.

The first eight months of 2016 indicated that the trend had come to stay. China had no Superseries winner until He Bingjiao salvaged their reputation somewhat by winning the Yonex Open Japan and the Yonex French Open.

The shutting out of China from the top spot of any of the 12 Superseries marks an interesting phase in the evolution of badminton. The baton has passed from Wang Yihan, Wang Shixian, Jiang Yanjiao and Wang Xin; it will be up to the likes of Chen Yufei, He Bingjiao (featured image) and their young compatriots to salvage China’s fortunes. Their performance in Dubai will be closely watched by their fans back home.