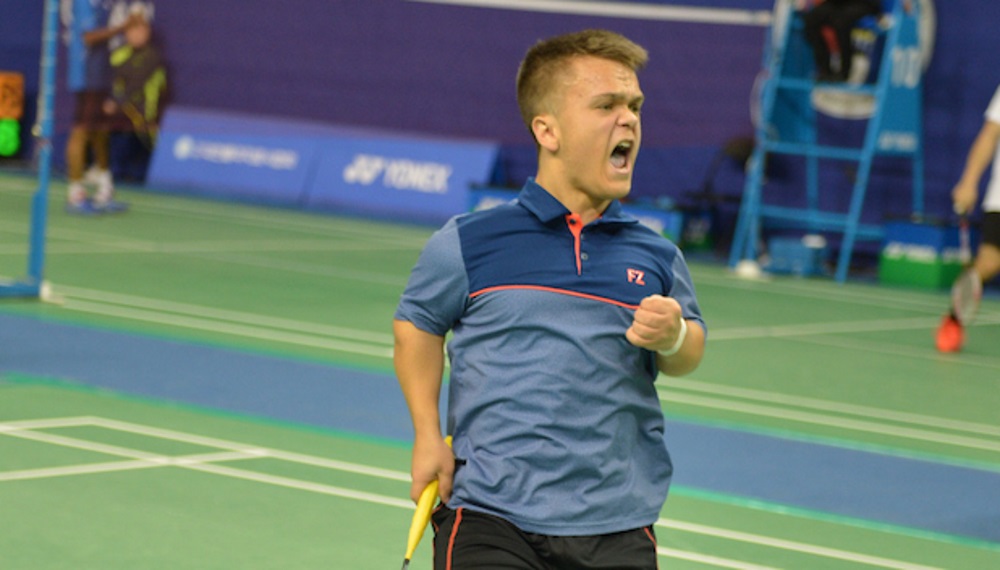 It was a good day for England with Rachel Choong repeating her three-gold medal feat from two years ago. Choong finished as the most successful contestant of the championships. Indonesia’s Ukun Rukaendi and Hary Susanto, India’s Parul Parmar, Korea’s Kim Jungjun and China’s Li Hongyan won two gold medals each.

Shephard fought back after a poor start in the Men’s Singles Short Stature (SS 6) final, and despite facing desperate situations in the remaining two games, stayed in the hunt even as Coombs appeared to falter under pressure. Coombs led 17-14 in the second after winning the first game easily, failed to close it out, and the pattern repeated in the decider as he led 20-17 only to let the advantage slip.

“I was quite down in the third, I just told myself I had to survive, try to get everything back,” said Shephard. “We know each other’s games well, so I just tried to change my game today. At 17-all he missed a kill and that made a big difference, it gave me momentum and it dropped his head a bit.”

The two singles finalists had earlier lost the doubles final to Hong Kong’s Chu Man Kai and Wong Chun Yim, and Shephard admitted the loss was on his mind at the start of the singles final.

“It was quite hard, I struggled, I was still thinking of the doubles in the first game, then I thought I have only one shot at the singles,” said Shephard.

Choong, having won a triple crown in the SS 6 category (Women’s Singles, Women’s Doubles with Rebecca Bedord, and Mixed Doubles with Andrew Martin), was thrilled to maintain her dominance of the category.

“I’m ecstatic, I can’t believe it. Back in Stoke Mandeville (2015) I was surprised that I had created history by winning three World Championships titles and being the first English player to do so at a single World Championships; so to repeat that, I’m over the moon. I’m just super happy.”

Among the most hotly-contested finals was the Men’s Singles Standing Upper (SU 5) between defending champion Cheah Liek Hou (Malaysia) and Indonesia’s Suryo Nugroho.

The Malaysian was taken the distance by the attacking Indonesian, and after a phase in the third game when neither had more than a point’s lead, Cheah’s unrelenting accuracy and control extracted the errors from Nugroho to claim the gold: 19-21 21-15 21-18. Not long thereafter, Nugroho got a measure of revenge as he and Tay Wei Ming won the Men’s Doubles SU 5 title beating Cheah and Hairol Fozi Saaba 18-21 23-21 21-18.

The Women’s Singles SU 5 final was also closely fought, between Japan’s Ayako Suzuki and China’s Yang Qiuxia. The Japanese recovered from the loss of the opening game to hold off her opponent in a close finish, 18-21 21-18 21-18. “I’m very proud and happy. It’s celebration for me, because I’ve been working for four years for this title,” said Mazur. “Two years ago Tarun beat me in the final and today I managed to beat him. There are lots of strong players in all categories from many countries. This World Championships was organised very well, we are very happy, everybody was very helpful.”