Competing in their eighth Superseries final out of ten events this year, the Men’s Doubles world No.1 duo (featured image) blunted the challenge of Danish connection, Mads Conrad-Petersen/Mads Pieler Kolding, to wrest the YONEX-SUNRISE Hong Kong Open 2017 – thus ending the 12-stop series in the triumphant fashion that they started in capturing the coveted All England crown in March.

Despite a spirited effort by the No.6 seeds to stay close to their hard-charging rivals in the second game, Gideon and Sukamuljo were just too fast and fiery with a dazzling repertoire of firepower and slick skills that earned them victory in 37 minutes: 21-12 21-18.

As livewire Sukamuljo rose in mid-court to smash the winning point, celebrations erupted among throngs of Indonesian fans who have been on this fairytale juggernaut with their star act from Birmingham, to New Delhi, Kuching, Tokyo, Fuzhou and now Hong Kong – not to forget their runner-up efforts in Seoul and Odense.

Today’s outcome bore similarity to much of their success this season; a match in which the compact pair switched on from the outset, hit cruise mode and never looked back. Not allowing their bigger opponents to settle into a rhythm, the Indonesians were out front early, leaving ‘Mads and Mads’ in their rear-view. Their 9-2 advantage lengthened to 15-5 and 19-8 as they clinically closed the opener. 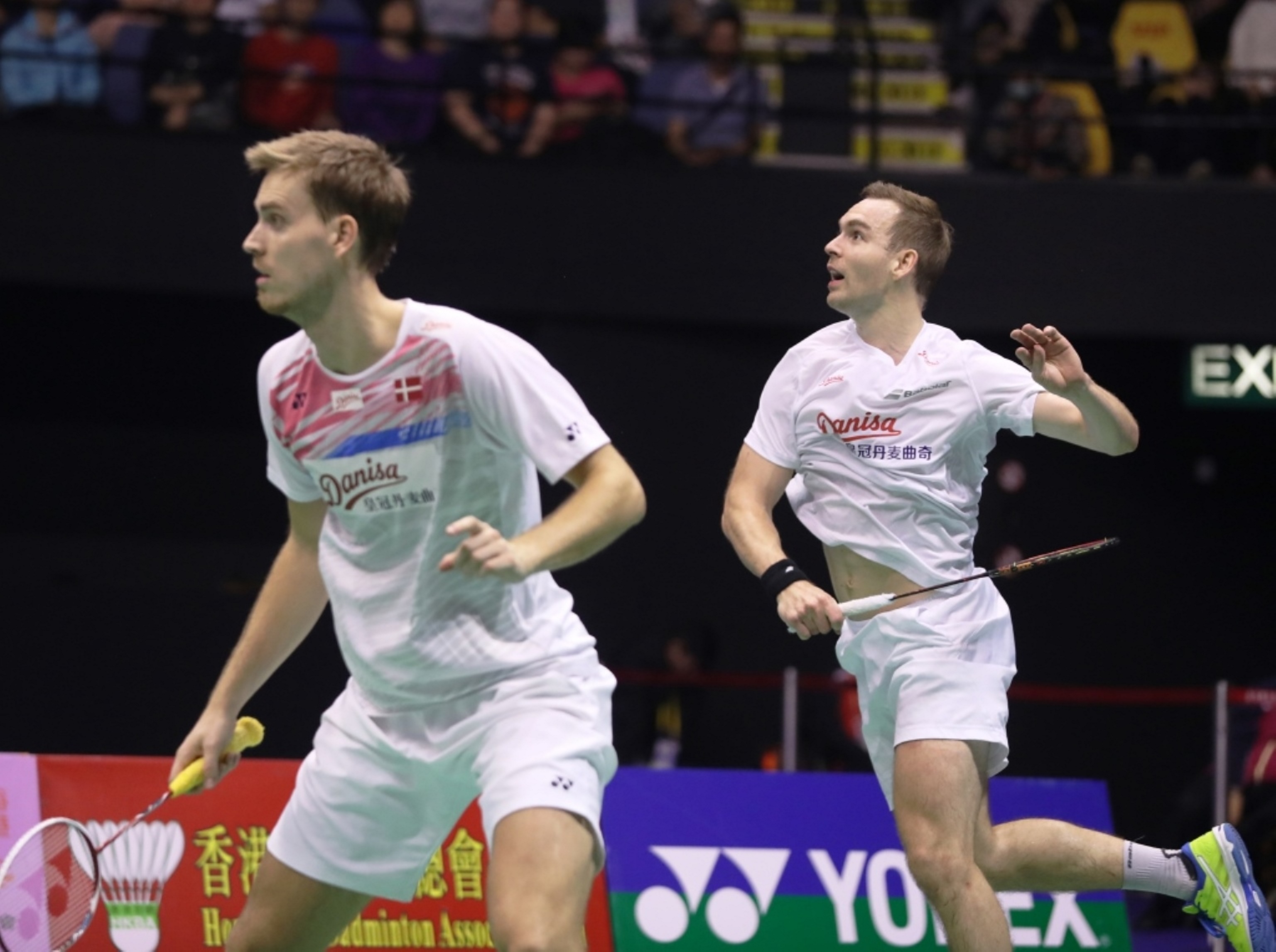 The Danes got into the match more in the second game, even holding slender leads but the top seeds always reeled them in quickly. At 13-13, it was déjà vu as the yellow-clad Minions – fans’ affectionate nickname for Gideon and Sukamuljo – revved up a gear and motored to the finish as their rivals were plagued by repeated errors. Adding insult to injury, Gideon smacked Conrad-Petersen with a body shot that the latter could only fend wide. That took the score to 20-17 and, on their second attempt, the top seeds duly completed their mission, collapsing ecstatically on the court.

“I cannot believe it. This has been an amazing year and we will try to finish by winning the Dubai Finals,” said 22-year-old Sukamuljo, alluding to next month’s season finale.

His partner was equally thrilled to win successive events last week in China and now in Hong Kong, stressing that it was particularly satisfying because of the challenging conditions at Hong Kong Coliseum.

“We had difficulty with the wind so we had to figure out how to control the game in this situation. We had to work really hard and focus on each match,” said 26-year-old Gideon. 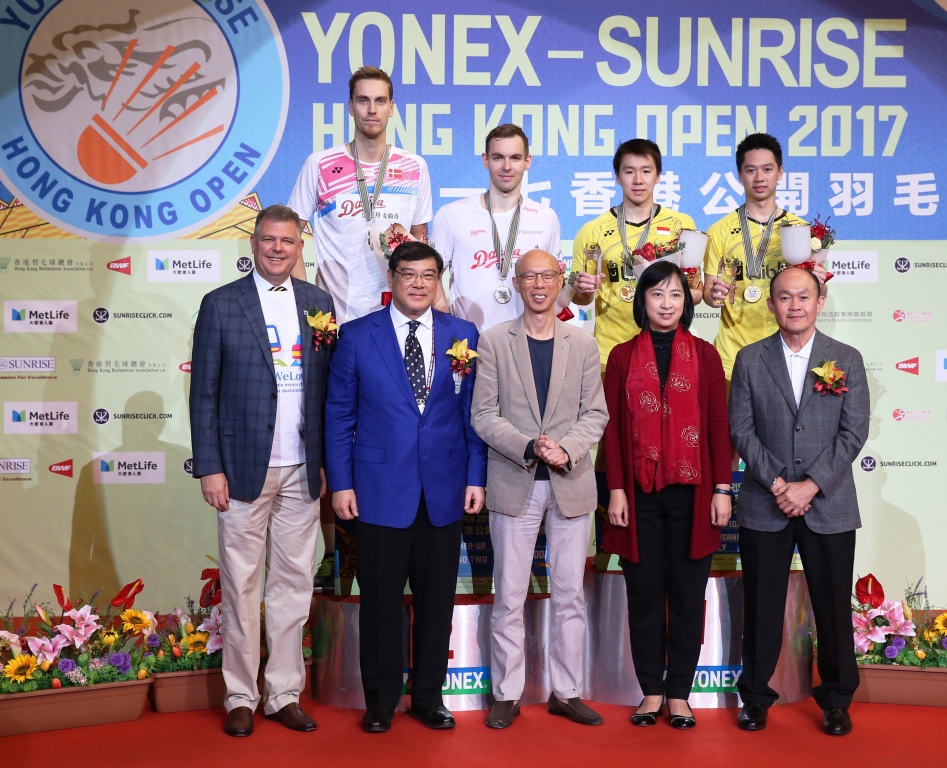 “They were better than us. There were lots of things we could have done differently and we will have to find a new strategy for future meetings,” conceded 29-year-old Conrad-Petersen.

TWO TITLES IN TWO WEEKS: Denmark also suffered disappointment in Mixed Doubles as Zheng Siwei and Huang Yaqiong dominated Mathias Christiansen and Christinna Pedersen for the second Sunday in a row, having beaten them in the TAHOE China Open 2017 final a week ago.

Operating like smooth machinery and leading both games from start to finish, the recently-paired Chinese said the 21-15 21-13 triumph was “not very difficult”. The result marked a sixth Superseries title this year for 23-year-old Huang who won three Mixed Doubles titles with Lu Kai (All England, India and Singapore); two with Zheng (China and Hong Kong) and the Women’s Doubles title in Korea with Yu Xioahan.

“Oh yes, it is six Superseries. My results show I have done well,” remarked a somewhat-surprised Huang who counted to make sure when asked about her accomplishments. 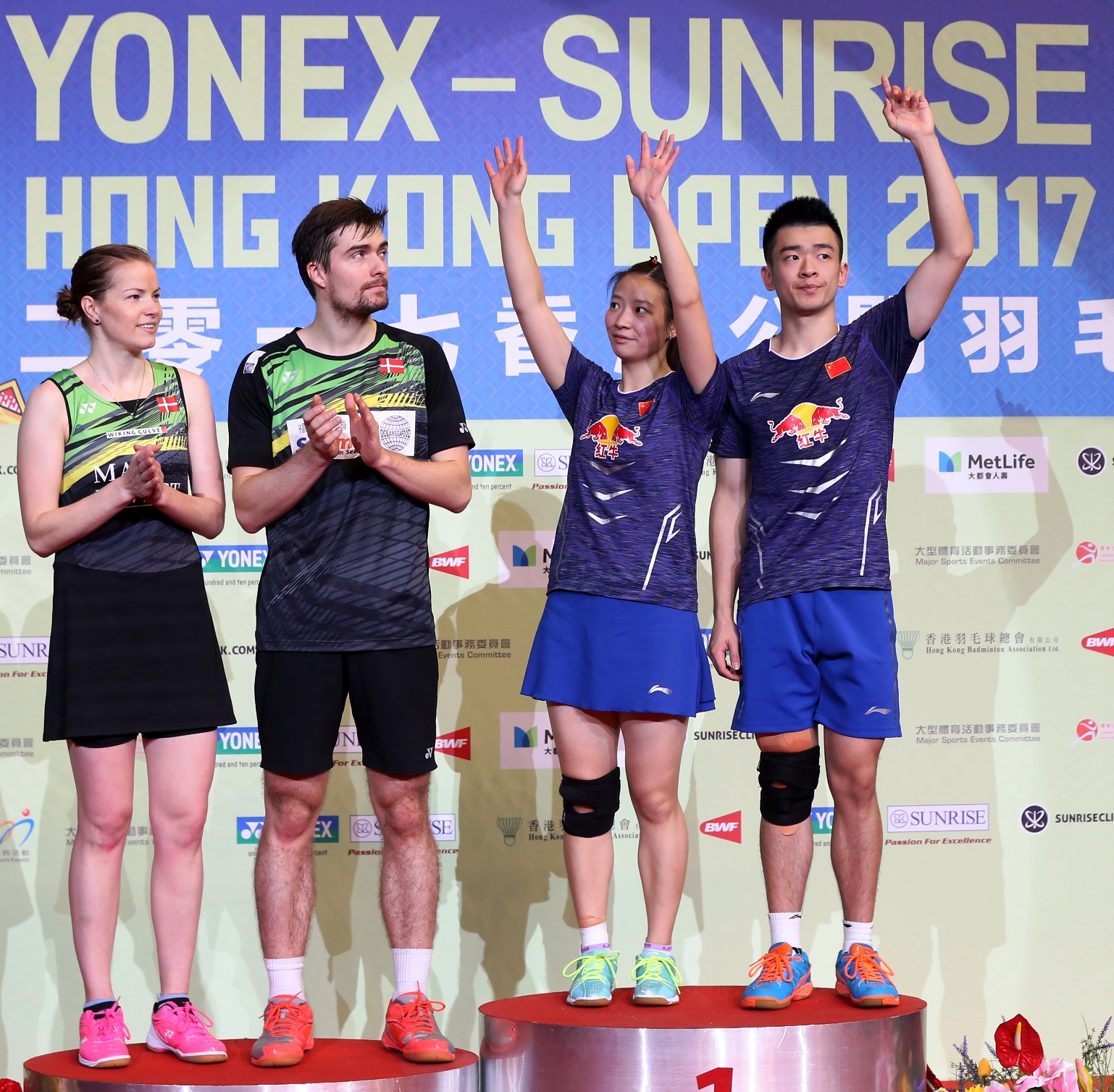 REPEAT SUCCESS: There was also more glory for red-hot Women’s Doubles pair, Chen Qingchen and Jia Yifan, who lifted their third Superseries title for 2017 – and second in two weeks after prevailing on home turf in Fuzhou last Sunday. It also marked a fifth Superseries crown for Chen this season as she claimed two Mixed Doubles victories with Zheng Siwei.

The Chinese rebounded from losing the first game against Greysia Polii/Apriyani Rahayu to conquer the Indonesians, 14-21 21-16 21-15, in the only final to stretch the distance today.

“After losing to them in France, we were well prepared for this re-match and we are happy to winner another honour for our country,” said the World champions, now looking forward to defending their title at the Dubai World Superseries Finals. 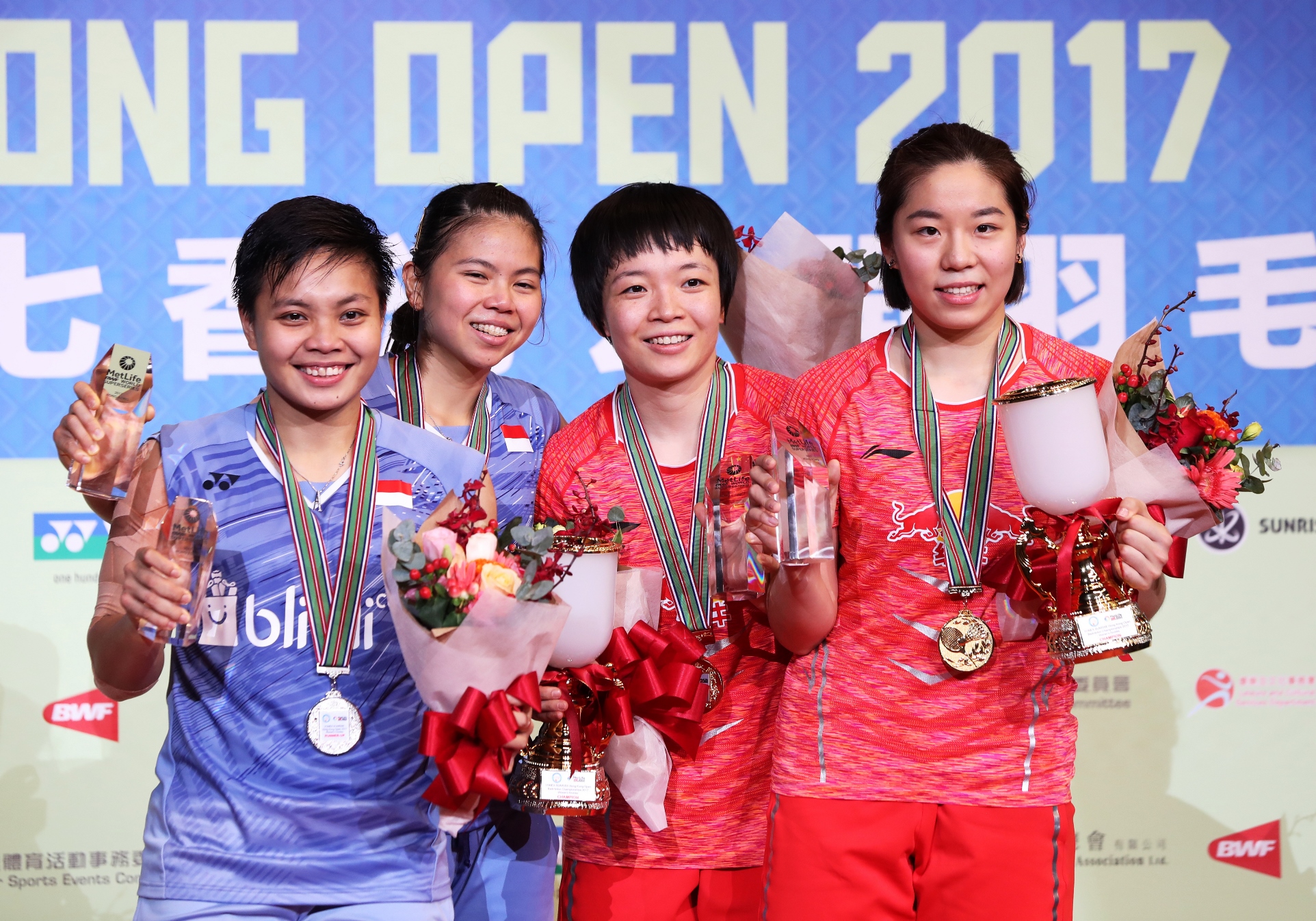