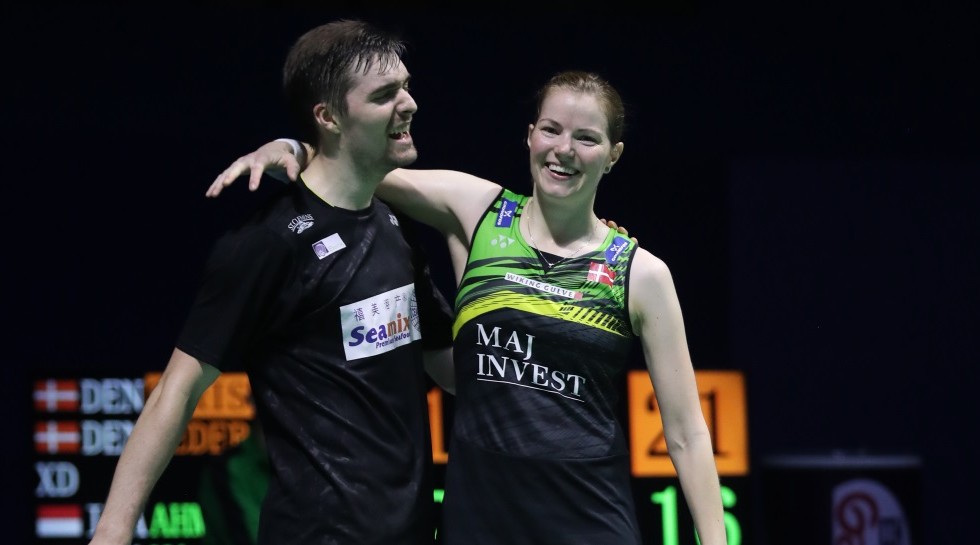 The Hong Kong duo, looking down and out at 14-20 in the third game against China’s Zhang Nan and Liu Xuanxuan, inched their way back into the contest, eventually stealing victory at 14-21 21-15 22-20.

For most of the match Zhang Nan had been rock-steady, but with six match points, it was the reliable Zhang who made some errors of judgement. Tang and Tse were able to draw him to the front and quickly fire winners into the openings at the far corners, to keep alive their hopes for a second Superseries title following their success at the Denmark Open last month. 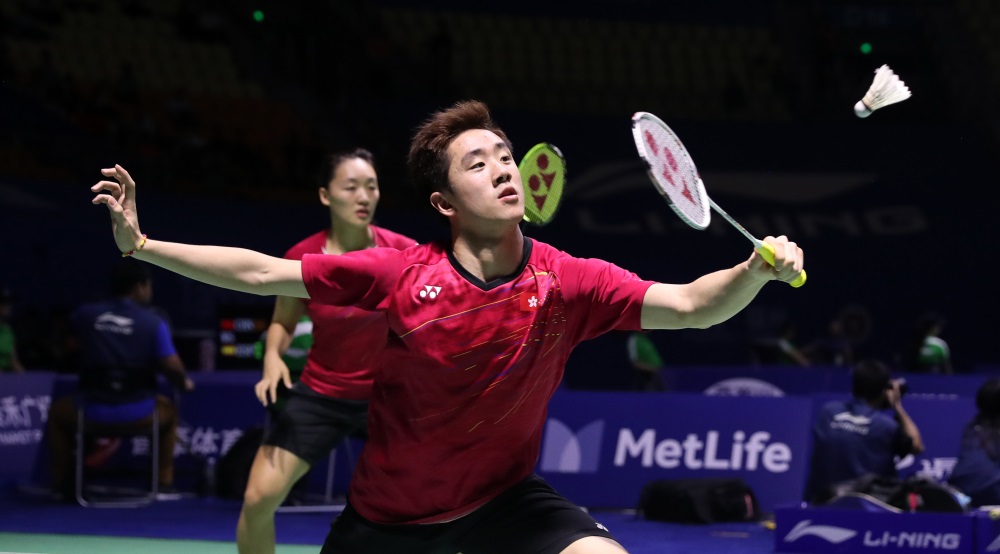 The biggest surprise of the day was in Women’s Singles. Li Xuerui-lookalike Gao Fangjie delivered the performance of her nascent career in upsetting defending champion Pusarla V Sindhu (India) in a 38-minute minute mismatch: 21-11 21-10.

Gao, who had never made it past the first round of any previous Superseries, was never threatened, 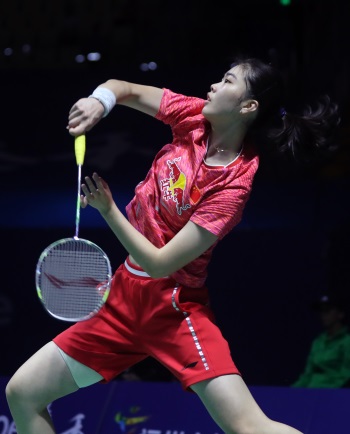 with Pusarla appearing weary and unlike her combative self.

“It was my first time against her. I didn’t feel the pressure – she is the second seed, so the pressure on her would’ve been greater. I was just trying to challenge her. As a young player I just give what I have and execute what I’ve trained for,” said the 19-year-old.

Gao’s senior compatriot He Bingjiao nearly joined her in the semi-finals but finished on the losing side after a topsy-turvy encounter against Spain’s Carolina Marin.

The match swung wildly, with some out-of-the-world rallies, followed just as quickly by errors of judgement and control. The match was going Marin’s way, especially after she won a sensational 52-shot rally for a 16-13 lead in the second. Quite dramatically, however, the loss of the point spurred He Bingjiao on, and she showed grit to take the game.

The third see-sawed similarly; He Bingjiao had a great opportunity to convert match point but blew the kill into the net; Marin won a crucial line challenge and converted when her opponent finally played a wayward shot.

“I had difficulty with the drift; it was changing all the time,” said Marin. “In the first game I thought I was on the slow side, but when we crossed over after the first game, the wind changed direction. Still, I’m happy with the way I played.” 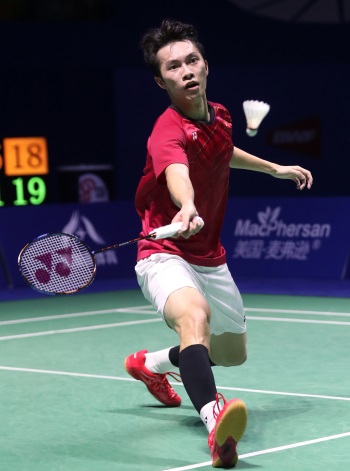 Former China Open champion Lee Chong Wei couldn’t quite step on the gas when he needed to against Hong Kong’s Ng Ka Long, and lost momentum in the final stages of a 71-minute thriller: 21-12 15-21 21-19.

Ng showed exemplary patience right through the long match, not letting Lee’s blinding bursts of pace dishearten him. The game turned when he won a marathon rally for 19-all that left Lee on his haunches; the Malaysian had to seek medical assistance, and Ng had the match wrapped up soon after, giving him a semi-final date against top seed Viktor Axelsen (Denmark)

New Korean Women’s Doubles pair Lee So Hee/Kim Hye Rin fought off gallant resistance by Australia’s Gronya Somerville/Setyana Mapasa to prevail after an hour, 18-21 21-12 21-16. Their reward will be a semi-final against Shiho Tanaka/Koharu Yonemoto, who got the better of senior Japanese compatriots Misaki Matsutomo/Ayaka Takahashi, 21-15 21-15.

The bottom half will be an all-Chinese semi-final between Du Yue/Li Yinhui and World champions Chen Qingchen/Jia Yifan. 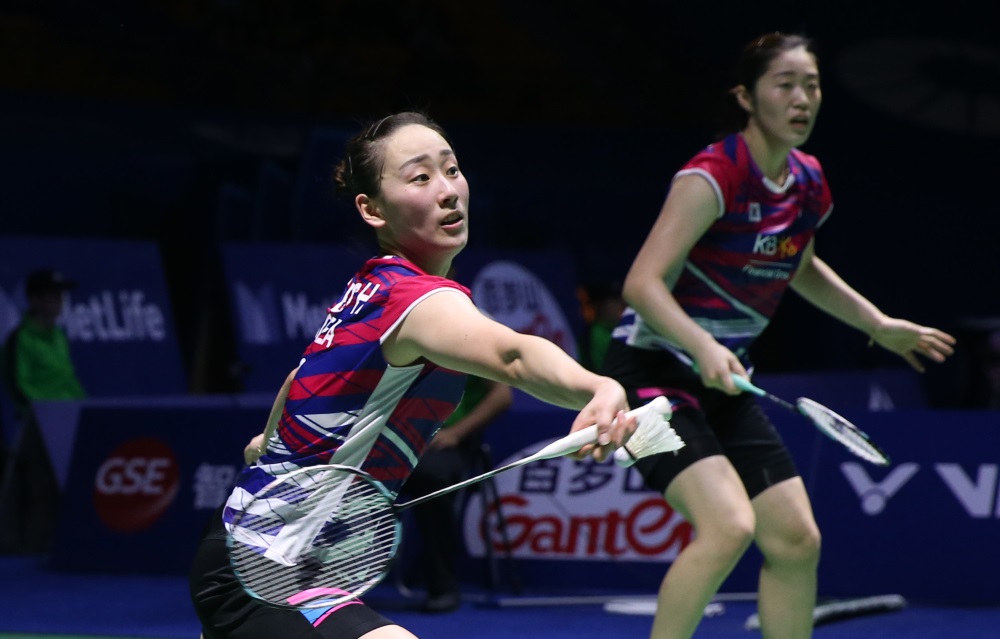 The other semi-final features Rian Agung Saputro against Denmark’s Mathias Boe/Carsten Mogensen. The Danes beat compatriots Mads Conrad-Petersen/Mads Pieler Kolding for the fifth straight time, in the closest of all their ten encounters: 21-23 23-21 21-19.