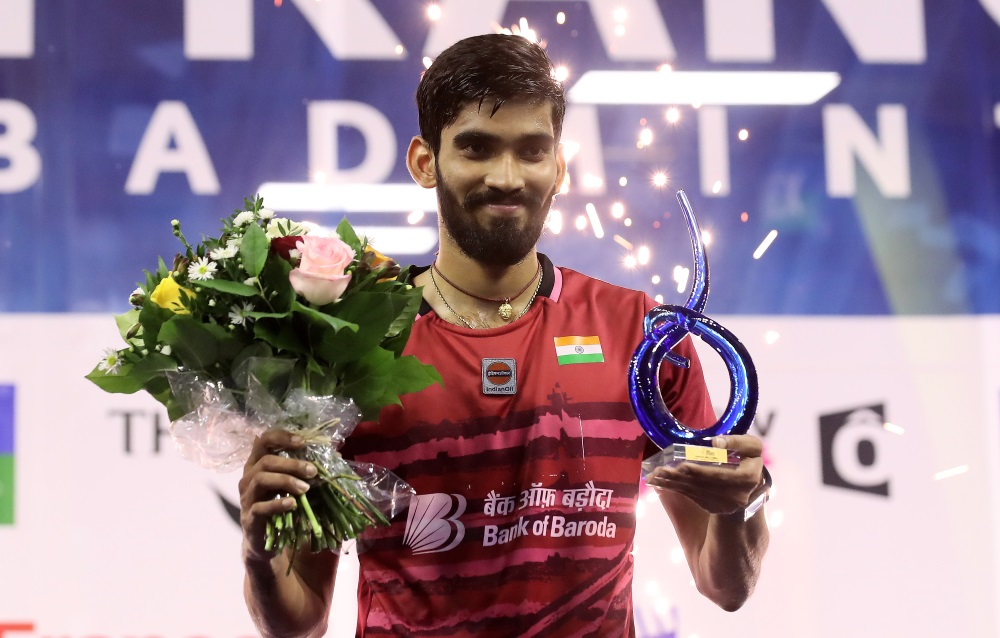 A fourth World Superseries crown this year for Kidambi Srikanth; ditto for Tai Tzu Ying. The most

successful Superseries singles winners this season completed their conquest of Paris in just over half-an-hour.

Japan’s Kenta Nishimoto and Akane Yamaguchi stood no chance against Kidambi and Tai in the Men’s Singles and Women’s Singles finals respectively at the Yonex French Open 2017.

Despite the similarity of the verdicts, there were differences aplenty in the details. Kidambi was all business from start to finish – the Indian kept his head down; a monk-like focus evident in his bearing. He took some time to get going, but once he did, Nishimoto started to bleed points. The Indian’s accuracy was unerring – two points late in the match encapsulated the proceedings – the first, a down-the-line hammer blow, got him to 19-12; a cross-court smash found the same spot for match point. Minutes later he had his fourth Superseries crown from five finals this year – the 21-14 21-13 result continuing what has been a sensational year for the Indian.

“I’m just happy with the way it went the last couple of weeks,” said Kidambi. “I think he’s played really well this week. I felt it would be a tough match, but in the end I’m happy with the way I played. In the semis and quarters I started slow, but today I wanted to start well. He’s an aggressive player and I didn’t want to give him any chances.

“I’m surprised with my fitness. The way we’ve been training the last ten months is doing its part now. I have to continue working like that.”

Asked if the No.1 ranking was now on his mind, Kidambi said he wasn’t in the pursuit of points. “Definitely it would be good to get there, but I’m not thinking of it now. I don’t have points to defend, so I don’t want to push myself for (the sake of) rankings. I just want to enjoy playing.”

If Kidambi had employed his attacking game to deadly effect, Tai Tzu Ying was content wielding the artist’s brush. The demeanour was also different – Tai oozed relaxed confidence as the shuttle did her bidding. With richly imaginative badminton, painting strokes both bold and delicate; whipping, caressing and coaxing the shuttle, Tai left Akane Yamaguchi a befuddled mess. It was blink-and-you-miss in the opening game as Yamaguchi got just four points. The No.5 seed picked herself up admirably after the first game rout, and some stunning rallies followed, with Yamaguchi’s busy defensive fortifications providing the contrast to Tai’s creative brushwork. Sustained applause followed each rally as Yamaguchi fought to within a point at 16-17, but the Taiwanese once again unveiled her magic touch to close out the match 21-4 21-16.

“I felt she made a lot of mistakes so it was simple for me in the first game,” said Tai. “I’m happy with how well I could control the match. My secret is simple – if I eat well and sleep well, I will play well!”