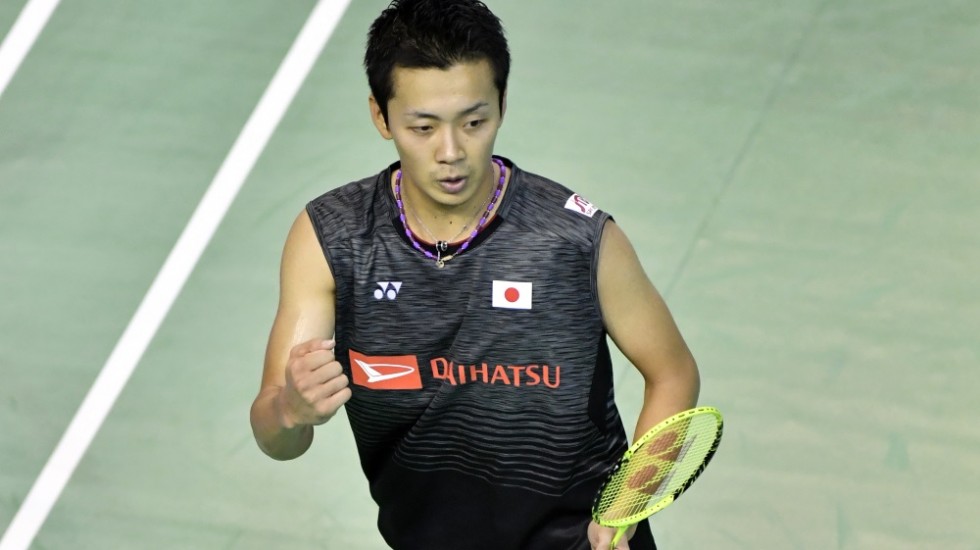 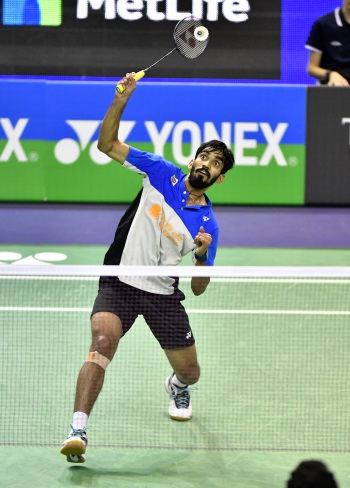 Kidambi Srikanth’s sublime form of 2017 showed no sign of letting up as he entered his fifth World Superseries final this year with a hard-fought semi-final win over HS Prannoy at the Yonex French Open 2017 today.

Opposite him tomorrow will be a player in his first Superseries final – Japan’s Kenta Nishimoto (featured image), who was impressive in dismantling Denmark’s Anders Antonsen in the other semi-final.

The all-India Men’s Singles semi-final contest went Kidambi’s way 14-21 21-19 21-18 but it had been a struggle for the most part for Kidambi against an opponent the Indian team calls the ‘Beast’. Prannoy’s firecracker smashes punched big holes and Kidambi himself seemed to grapple with self-doubt as he looked a shade scratchy, but at 18-all the No.8 seed stole three points in a row to leave Prannoy high and dry.

“He really played well. We call him the ‘Beast’… He’s an aggressive player, he hits it so hard. There were times I couldn’t even react to his smashes. When he gets going, it’s tough. The second and third games were close, they could’ve gone either way. Full credit to him. At 18-all in both games, I got those crucial points,” said Kidambi.

“It’s always tricky against a team-mate. You train all the time together. I’m feeling tired now. There’s one more left, I hope I can recover for tomorrow’s match. I’m not worried about the result.”

Kidambi talked of how Indonesian coach Mulyo Handoyo had transformed the team’s fortunes this season: “It’s the kind of mindset we have these days, we’re not scared of playing long matches. Now we’re ready for that, and physically we’re much stronger than many players.”

Prannoy, struggling to come to grips with his close loss, said Kidambi had taken his chances and it had paid off: “I don’t think I played badly. My plan didn’t go wrong. I just feel he took his chances at the end and came good in both games. We play every day and the one who executes well will win. He did that at the end of the match.”

Nishimoto was on fire from the start and downed Antonsen in the other semi-final, 21-17 21-15. The Japanese picked the right moments to go on the offensive; there was pep in his shots and a spring in his step, and Antonsen was unable to lift himself against an opponent who did little wrong on the day.

The Mixed Doubles final will be a repeat of the TOTAL BWF World Championships final between Indonesia’s Tontowi Ahmad/Liliyana Natsir and Zheng Siwei/Chen Qingchen. 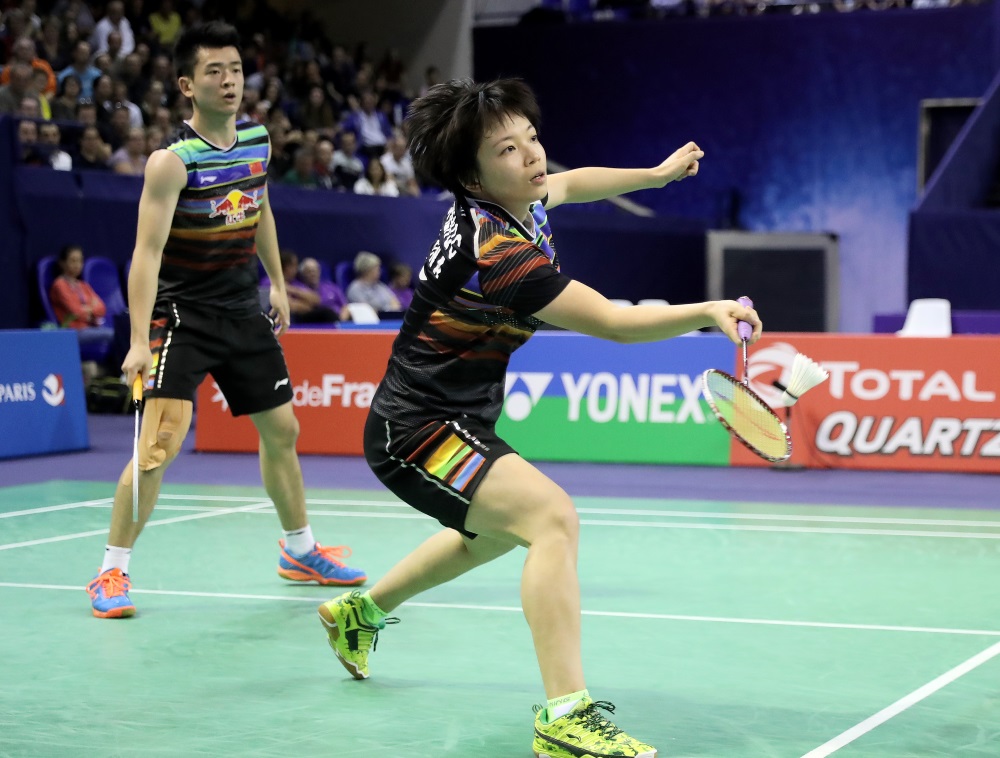 Ahmad/Natsir were in sublime form against China’s Zhang Nan/Li Yinhui; the Indonesians getting more and more comfortable as the match progressed. So relaxed were they that they switched to half-pace in the second game, unhurriedly working the shuttle where they willed and picking off points with ease. Li Yinhui succumbed as the Indonesians directed their attack at her, and the winning point came in the 35th minute: 21-18 21-8.

“We are a more solid pair compared to the Chinese – they’re still relatively a new combination,” said Natsir. “We’ve beaten them twice before, so we knew exactly what to do.”

Their opponents in the final, China’s Zheng Siwei/Chen Qingchen, had it tough all the way against Denmark’s Mathias Christiansen/Christinna Pedersen: 22-20 17-21 21-15.