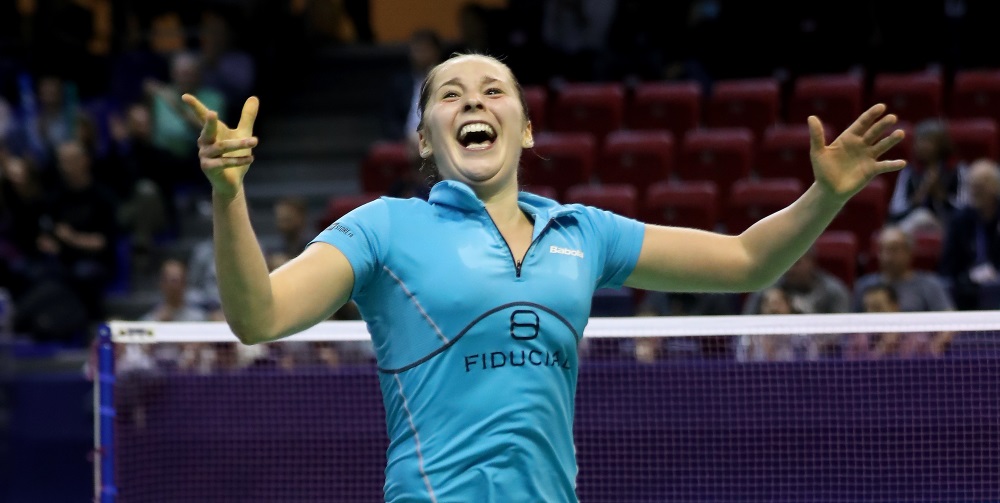 Carolina Marin is Europe’s spearhead in Women’s Singles, and it’s no surprise that the Spanish ace considers the Yonex French Open as a ‘home’ Superseries. “I’m happy about the public here, they’re always following me,” said Marin, who won the tournament in 2015. “A lot of people help out; it’s like being at home. Among the top ten, the difference is very small, it’s very complicated and anyone can win. I want to take my campaign match by match.”

Marin, the fourth seed, will play Japan’s Minatsu Mitani – champion here in 2012 – in the opening round. By her 2015 standards, Marin has had a quieter year, but she can still look back at a season in which she won the Japan Open, besides making three other finals.

Women’s Singles has a wealth of talent – Marin’s quarter itself has other Superseries champions like Sayaka Sato (Japan) and He Bingjiao (China). In the top quarter are Chinese Taipei’s Tai Tzu Ying and recent Denmark Open winner Ratchanok Intanon (Thailand).

Intanon, fresh from winning in Odense on Sunday, was all smiles and said her month-long preparation back home had yielded results. The Thai, who went over a year without a Superseries, finally broke the sequence by claiming the title in Denmark beating Japan’s Akane Yamaguchi.

“I didn’t expect to be champion,” said Intanon. “I just wanted to do my best because this month is the first anniversary (of the passing) of our king. I prepared well for Denmark, my fitness was good. I kept talking to myself, every night I meditated to calm myself and not think too much and to play my style. Earlier I used to feel too excited before the match. I want to control myself and I express what I do in training.”

Heading the bottom half of the draw will be Pusarla V Sindhu, winner of two Superseries crowns this season. The Indian will take on Marin’s compatriot Beatriz Corrales and was unwilling to look beyond the first round: “I want to take it step by step, I’m just focussing on the first round against Spain (Corrales). It’s never going to be easy, you never know what can happen with the conditions and everything.” In Men’s Singles, Chen Long (China, 6) is the highest seed in the top quarter following the withdrawal of World champion Viktor Axelsen. Having had an average season by his high standards, Chen will be keen to do well in France.

All eyes will be on Denmark Open champion Kidambi Srikanth who is in the tough third quarter with the likes of Hong Kong’s Wong Wing Ki, Indonesia’s Jonatan Christie, France’s Brice Leverdez, Japan’s Kazumasa Sakai and China’s Shi Yuqi, the defending champion. Leverdez, who has a reputation for knocking out big names, acknowledged that he had yet to maintain his level through a tournament.

“I’ve always struggled here as I put myself under pressure,” said the Frenchman. “This time I want to play relaxed and enjoy myself on court. I’m able to beat the top guys but not able to maintain the level that allows me to go one step after another, and that’s what I’m working on, on a daily basis.”