China surrendered their hold on the Men’s Doubles title at the Blibli.com Yonex-Sunrise BWF World Junior Championships 2017 yesterday, being shut out of gold-medal glory for the first time since 2012.

In another of the day’s historic breakthroughs, Mahiro Kaneko and Yunosuke Kubota took Japan to unprecedented heights, resisting the challenge 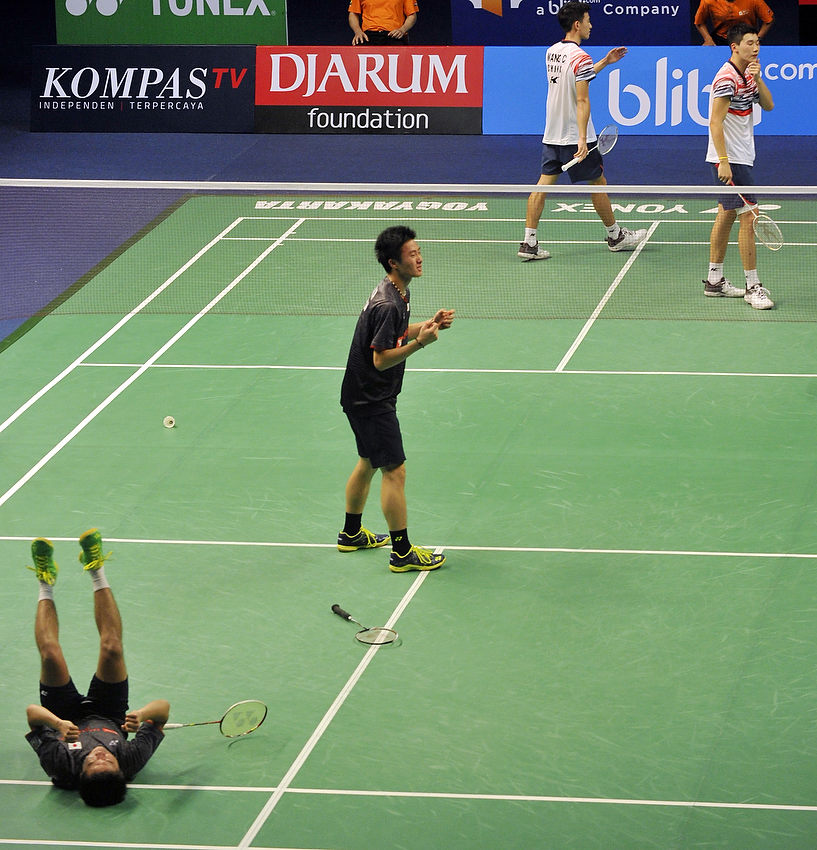 from Di Zijian and Wang Chang to win the men’s tandem – a success which their country had never achieved before in the annals of the World Junior showpiece.

The No.4 seeds began and finished strongly, sealing gold with a 21-14 15-21 21-13 result versus the No.13 seeds in 47 minutes. Having lost their Women’s Doubles and Mixed Doubles semi-finals, it was China’s only chance of clinching an individual doubles title at the annual championships which they often dominate, having won all but Women’s Doubles last year in Bilbao, Spain.

There was also a sharp contrast in mood within the Chinese camp in comparison to last weekend when they retained the team title for a record 12th occasion.

Relieved at accomplishing their mission – and blazing a historic trail – the Japanese duo of Kaneko and Kubota said they built their play around their attacking prowess and persisted with that tactic throughout the match.

“We are happy to win. We had no other goal than to be the gold medallists. Our confidence grew after we beat good pairs in the quarter-finals and semi-finals,” said 18-year-old Kubota.

“It feels great to win. We were very motivated as Korea did not do well and our team-mates told us to stay strong and that we had to win,” said the pair of 17-year-olds.

While disappointed to come up short in the final, the beaten Indonesians were nonetheless thankful to secure silver which exceeded their pre-tournament goal of reaching the semi-finals. 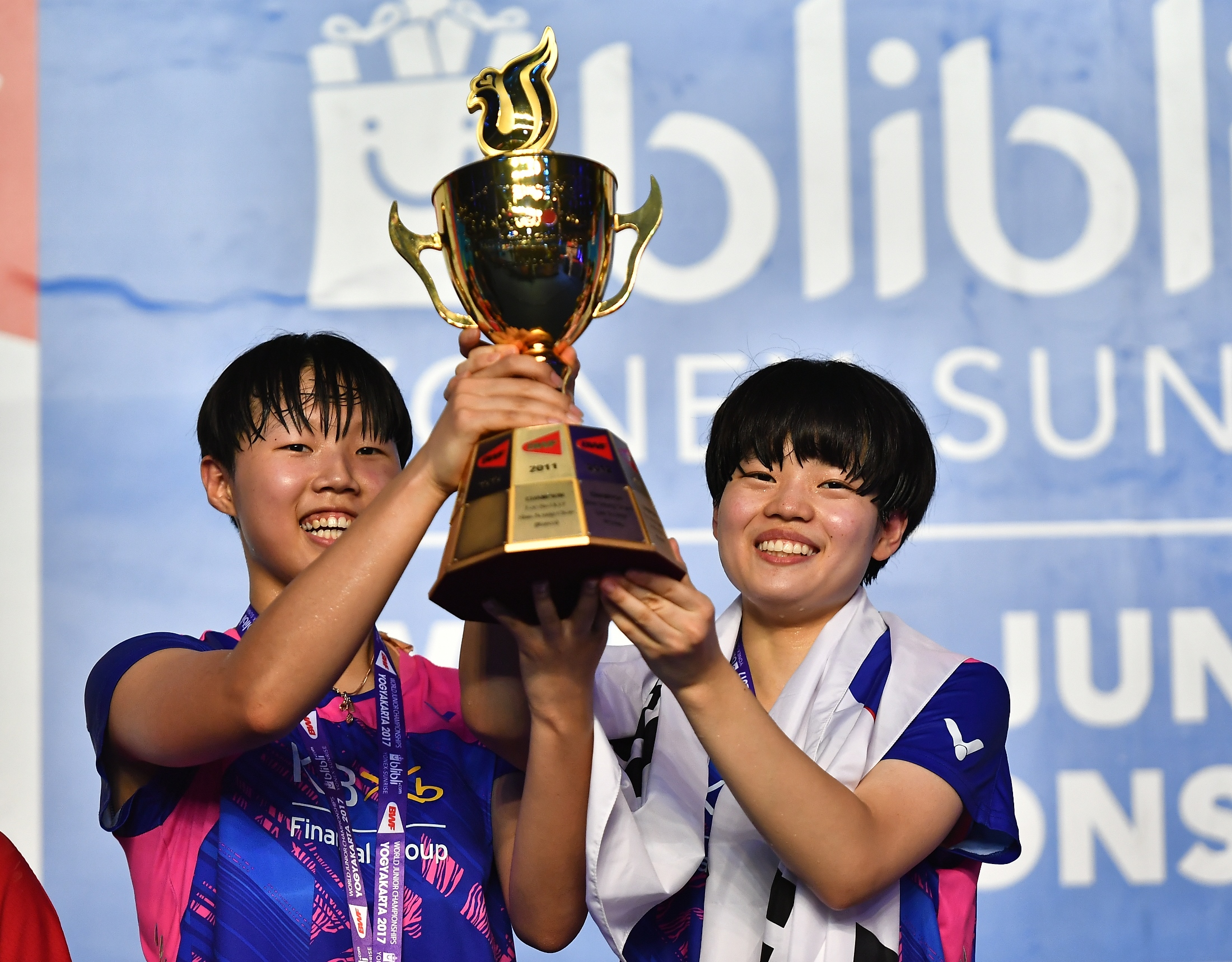 However, Indonesian spirits soared high in Mixed Doubles in which the hosts were already assured of gold with team-mates, Rinov Rivaldy/Pitha Haningtyas Mentari and Rehan Naufal Kusharjanto/Siti Fadia Silva Ramadhanti, clashing for the ultimate honour.

Asian Junior champions, Kusharjanto and Ramadhanti took a tightly-contested first game in which they saved three game points. Their peers struck back in the second game and then seized the lead at 12-12 in the decider and never relinquished it with Ramadhanti clearly ailing in the latter stages. Rivaldy and Mentari took gold in 58 minutes: 21-23 21-15 21-18.

“We both played our best. It’s not easy to beat them. We were on the same path to give the best for our country. I was a bit under pressure thinking that I am their senior but we know each other’s game and style so well because we train together,” said a jubilant Rivaldy. 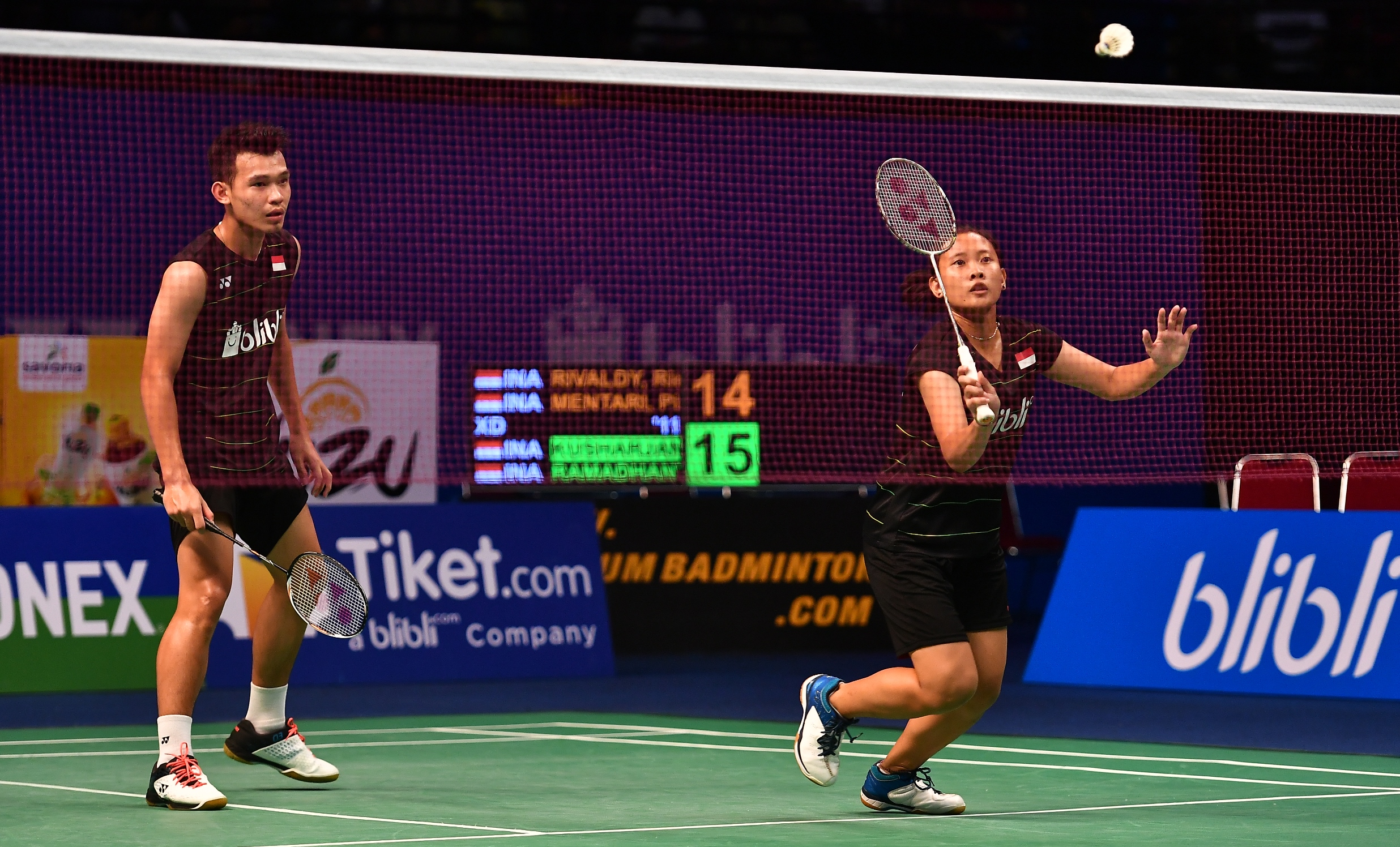 Indonesia’s team manager, Susy Susanti, was ecstatic with her players’ showing, particularly with the prestigious event being staged in Yogyakarta.

“It is a great performance overall – two gold medals, two silvers and one bronze medal. The players really wanted to do well after not winning a medal in the team event and our target was one gold in the individual championships,” she said.