China and Indonesia have secured the lion’s share of medals at the Blibli.com Yonex-Sunrise BWF World Junior Championships 2017.

Having retained team honours in last week’s Suhandinata Cup, badminton’s leading nation ensured further glory winning all eight quarter-finals which they contested this afternoon in the individual tournament – and giving themselves a shot at sweeping the five categories. Two Chinese players – Li Wenmei and Liu Xuanxuan – have a chance to capture double gold, reaching the Women’s Doubles semi-finals together and the Mixed Doubles semi-finals with their partners, Liu Shiwen and Fan Qiuyue respectively.

China will also vie for finals places in the singles event, with the unseeded Gao Zhengze clawing back to beat Nhat Nguyen in Men’s Singles (18-21 21-18 21-7) while Han Yue and a determined Cai Yanyan are into the Women’s Singles semi-finals. An ecstatic Cai, who trailed 6-11 and 11-16 in the decider, was rewarded for her never-say-die spirit with a superb comeback to oust top seed, Pattarasuda Chaiwan, 21-19 14-21 22-20; the Thai athlete clearly shell-shocked in defeat as a stinging body shot signalled the end of her campaign.

“I kept motivating myself and focusing on not making mistakes. I figure she would have more stress than me because she was the top seed. I had nothing to lose,” said the exhausted winner who will have all of Indonesia against her when she faces local darling, Gregoria Mariska Tunjung, in tomorrow’s semi-finals.

Meanwhile, a third player – Indonesian doubles specialist, Rinov Rivaldy – will also be on the podium twice as he battled into the Men’s Doubles and Mixed Doubles with Yeremia Erich Yoche Yacob and Pitha Haningtyas Mentari respectively; two of five medals going to the hosts at GOR Among Rogo Arena in Yogyakarta.

Not content with bronze, the 17-year-old is gunning for gold and has boldly proclaimed his intentions.

“I am into the semi-finals and, though I am not 100 per cent fit, I am ready to give everything on the court. I will play all out in both events. I want to get the gold medal.”

Indonesia’s other medallists are Gregoria Mariska Tunjung in Women’s Singles; Jauza Fadhila Sugiarto/Ribka Sugiarto in Women’s Doubles and Asian Junior Mixed Doubles champions, Rehan Naufal Kusharjanto/Siti Fadia Silva Ramadhanti. The latter shrugged off the loss of the opening game versus Malaysia’s Ng Eng Cheong/Toh Ee Wei, calmly scything through their opponents in the next two games to spark noisy rejoicing by fans at the 18-21 21-14 21-15 result.

Tunjung and the unrelated Sugiartos won their quarter-finals in straight games, though the women’s pair had some edgy moments in the second game of their 21-15 21-19 victory over Li Zi Qing and Teng Chun Hsun of Chinese Taipei. Jauza will now be aiming to upgrade from the bronze medal which she and Yulfira Barkah won last year in Bilbao, Spain. 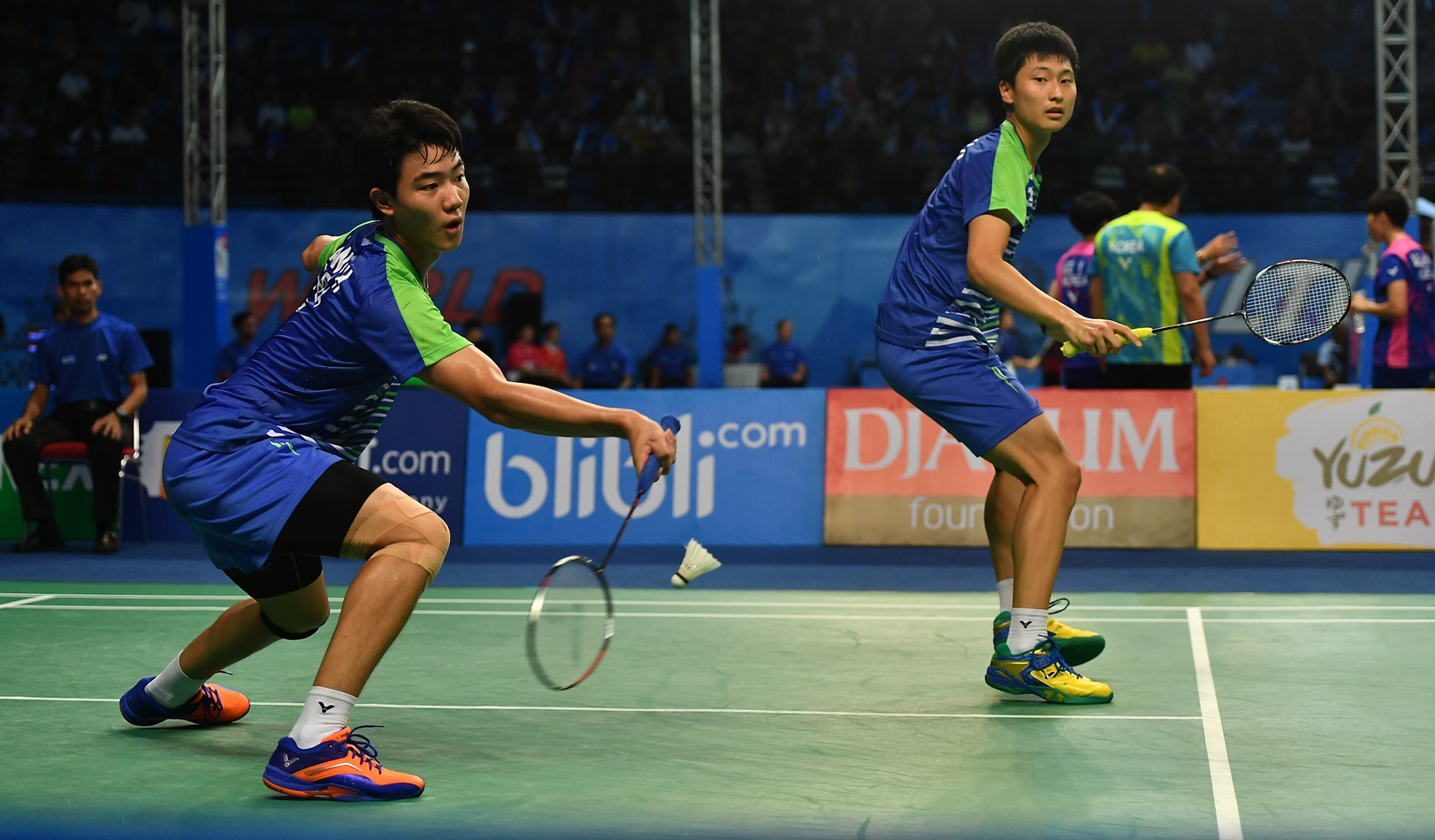 There were also happy scenes in the Korean and Malaysian camps as both secured two medals each. Having seen all their team-mates perish over recent days, Korea’s Kang Min Hyuk/Kim Won Ho justified their Men’s Doubles top seeding, swatting aside Thailand’s Wachirawit Sothon and Natthapat Trinkajee, 21-12 21-10, while their Women’s Doubles peers, Baek Ha Na/Lee Yu Rim, made even lighter work of Debora Jille/Alyssa Tirtosentono. The No.2 seeds crushed the Dutch pair, 21-6 21-7.

Malaysia’s medals were won by singles specialists, Leong Jun Hao and 2015 World Junior Women’s Singles champion, Goh Jin Wei. Having brushed aside Chananchida Jucharoen of Thailand (21-12 21-5), Goh set her sights firmly on a rematch with her Chinese rival, Han Yue, to whom she fell in the 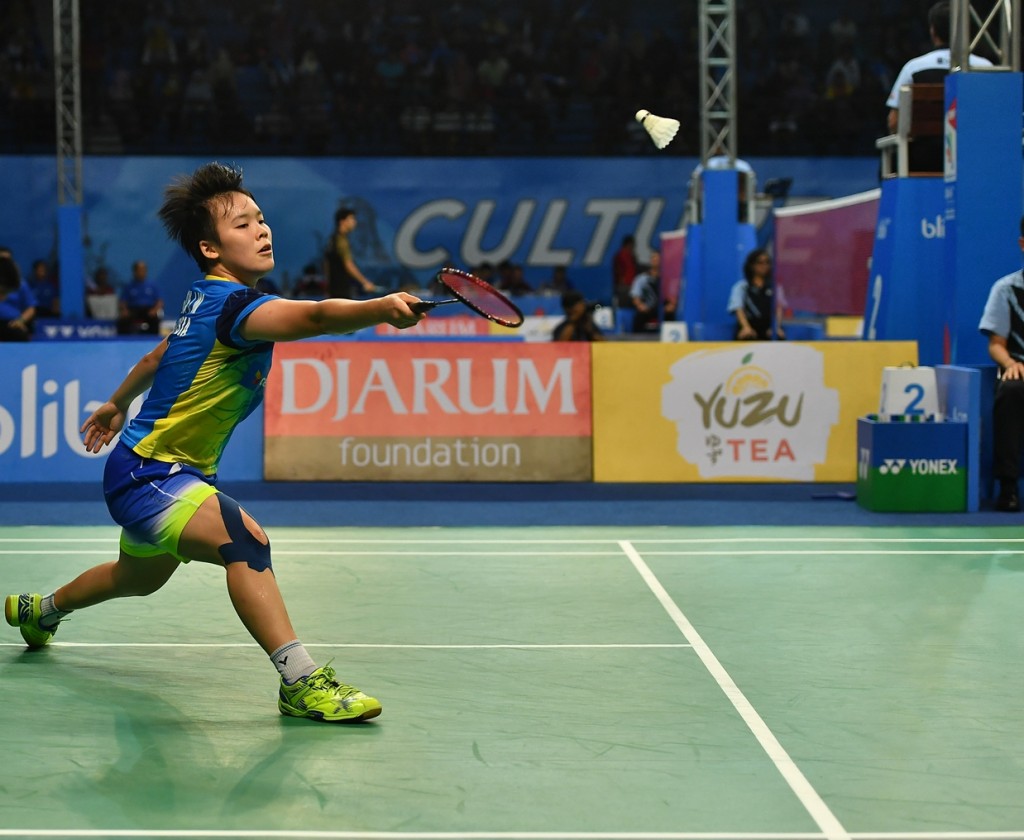 “I need to be more patient tomorrow. Last Sunday’s match was too quick. I was nervous. Hopefully all that will be gone and I can play better,” said Goh.

Leong proved too good and too steady for stylish but erratic Frenchman, Christo Popov, whose form fell apart badly early in the second game, leaving him with a mountain to climb as he contemplated a ten-point deficit at the interval. Despite a few flashes of brilliance and showmanship that had the crowd chanting his name, the 15-year-old was not up to the task, bowing out 21-14 21-12 in his first World Juniors outing.

Elsewhere, Nhat Nguyen was left ruing his missed opportunity to win a medal for Ireland after he “saw the finishing line” but failed to complete the race. Up a game and 18-17 in the second game versus China’s Gao, the Vietnam-born player lost focus – and with it, the match.

“I was too rash, no composure. I wanted it too much. He was more controlled in those crucial points. I paid the price for that,” he said candidly, adding that his rival’s fitness was superior once they entered the decider.

Despite the 18-21 21-18 21-7 defeat, the championship experience has boosted Nguyen’s confidence and enabled him to gauge his overall level.

Leong will face Kodai Naraoka in the semi-finals after the Japanese surprised No.2 seed, Lakshya Sen of India, 14-21 21-17 21-14, while Gao tackles top seed, Kunlavut Vitidsarn of Thailand. 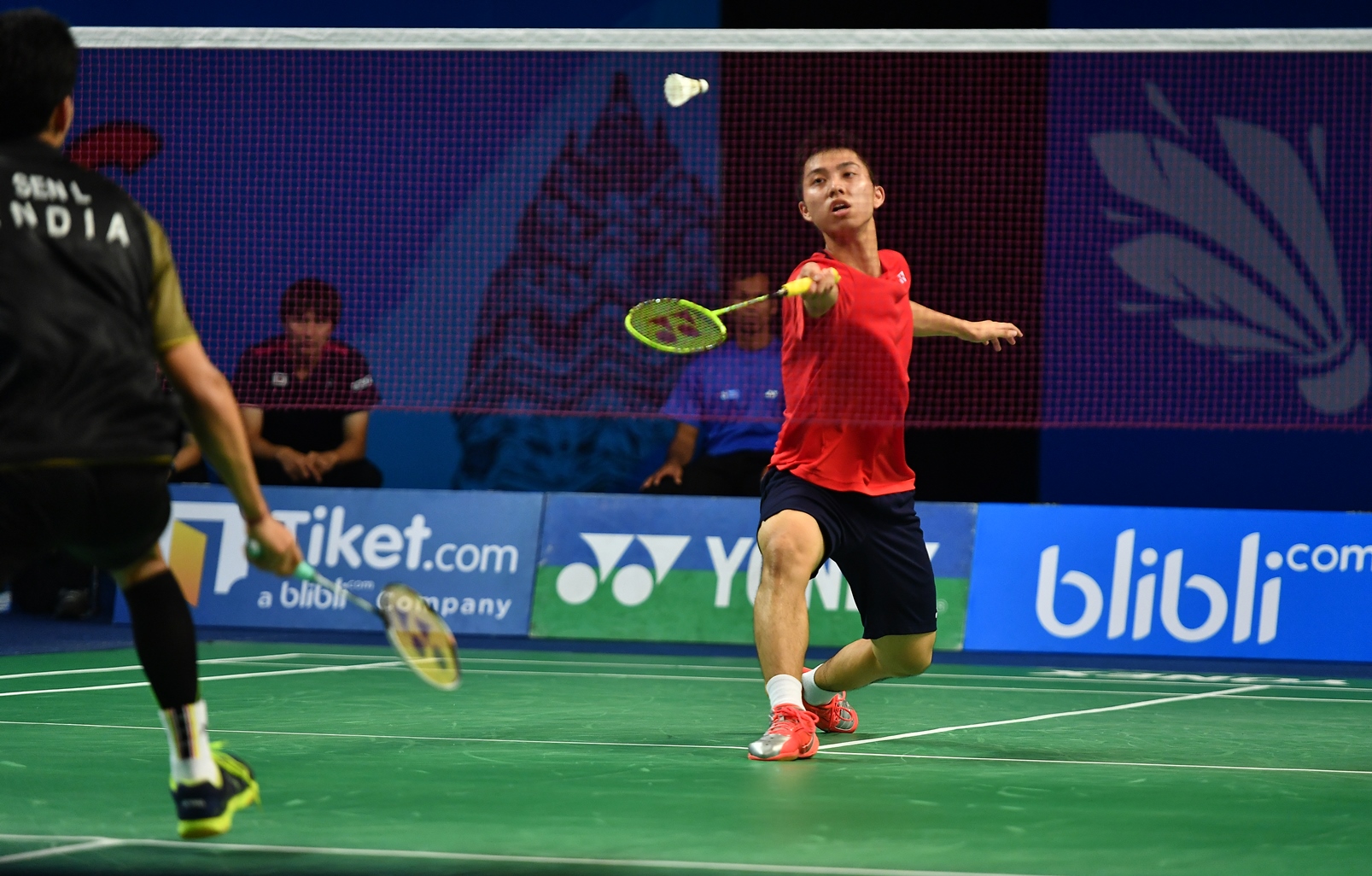