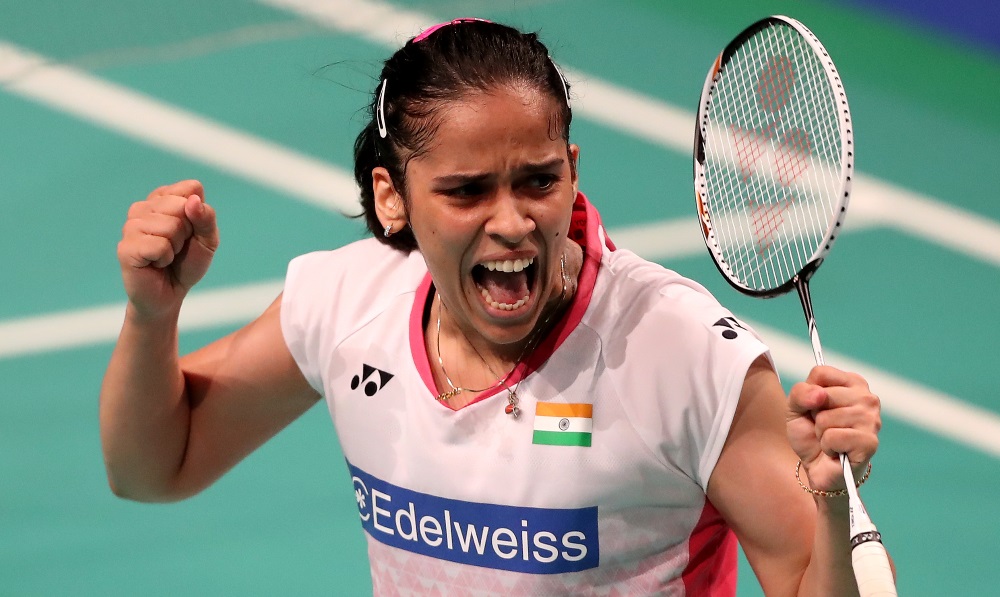 Chen Long fell to his earliest exit in over two years, while Carolina Marin was shown the door by a rejuvenated Saina Nehwal in first round action at the DANISA Denmark Open 2017 today. Four-time champion Chen was outfoxed by crafty veteran Lee Hyun Il (Korea) in an hour-long Men’s Singles opening match. Lee stayed level with Chen through the first game, shooting ahead only in the late stages. Chen got a big cushion early in the second, leading 10-3, but Lee pulled abreast and led into the homestretch, closing it out on his first match point: 21-19 22-20. The Korean next faces defending champion Tanongsak Saensomboonsuk, who overcame Ng Ka Long (Hong Kong) in three games.

The day crackled with a high-profile opening round Women’s Singles match between two former No.1s, with India’s Saina Nehwal walking away victorious over Spain’s Carolina Marin.

Bristling with aggressive energy, Nehwal, playing with the kind of expressiveness that she hasn’t in a long time, hustled her way past Marin 22-20 21-18.

It was a Nehwal from another time, screaming encouragement to herself even as her pace and precision of attack wore Marin down. fast. There were fast rallies where anything could’ve happened. I need to beat these players to get into the top 10 again. I prepared well the last three weeks, my coaches worked very hard,” said Nehwal.

“Gopi Sir said my movements at the World Championships were heavy, I was falling down in the front court and not able to get up fast at the net and the players were catching me with shots to the back. My coaches were just looking at my adaptation to the training, I wasn’t being pushed hard. They made me believe that I have the game. Sometimes, to just think smarter and not go all out. I felt that in the World Championships I was a bit tight.

“It pinched me to lose to Okuhara at the Worlds, but she was playing amazing. I got a lesson that I have to work on my stamina, the way they have improved – Okuhara, or Sindhu, or Carolina – the way they play those long rallies. I’m happy I could play some good rallies today but I think there’s improvement to be done.”

“We haven’t played each other for a long time, it’s probably one-and-a-half years. She’s improved a lot. I couldn’t follow her speed in the first game, then I got used to that and could catch up,” said Zhang.

“Her style is different from the other Japanese. She’s not as fast as Nozomi Okuhara, but she’s a long rally player, and she can fake movements to break your speed.” Zhang credited her consistency to her move to Denmark, where she trains.

“My training is more consistent; there are no longer breaks like earlier, where I would sometimes miss training for three months. Now I train at the Badminton Europe camp in Holbaek. My level is more steady, it’s not going up and down. I also sometimes play in the Danish league. This is my second year. There are ten players in the team, and the training is helping.”

In the top quarter, No.1 seed Tai Tzu Ying shrugged off a poor start to book her second round place.

The popular Chinese Taipei star looked leaden-footed to begin with as she trailed Hong Kong’s Cheung Ngan Yi 2-9 and 5-13, but stuck to her task and made her way back without having to pull anything from her bag of tricks. Tai maintained a steady, unspectacular game and made Cheung do all the running. Having taken the first, she trailed 7-12 in the second before once again finding her range; Cheung, out of breath, got only a single point from the last 14 as Tai jogged away to a 21-18 21-13 victory.

Tai will take on Thailand’s Busanan Ongbamrungphan, who made light of the challenge of local favourite Line Kjaersfeldt, 21-15 21-13. All four Japanese pairs made their way into the second round, with India Open champions Shiho Tanaka/Koharu Yonemoto needing to dig deep to beat Indonesia’s Greysia Polii/Apriyani Rahayu.